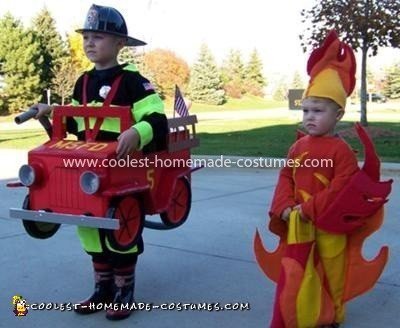 Our son Matthew (5) needed new rain boots for school. My wife took him shopping, and they came home from the store with the black and red fireman boots. He said to me “Daddy. I want to be a fireman for Halloween”, and so our plans were made.

The costume combination had to be such that it would be obvious and acceptable with or without the truck, as this year he is in school, and had to go to school in costume. A trip to the resale store provided plain black shirt and pants, which we sewed with safety yellow stripes, added a flag patch and ironed on “Fire Chief Matthew” on the back.

The truck started life as a cardboard box. Add to that some poster board, duck brand adhesive fabric, a red rotating party light, two small led headlights, and piece of scrap belting for straps and viola- MSFD engine 5 was completed.

Feeling that his costume needed something more, and since we had another kid lying around, we decided to use that second kid as a walking talking prop for Matthew’s costume, and what brings out the fire trucks? Fire.

Our second son Jonathan’s (2) fire costume is felt and fleece attached to an existing shirt and pants, and stiffened inside with cardboard. 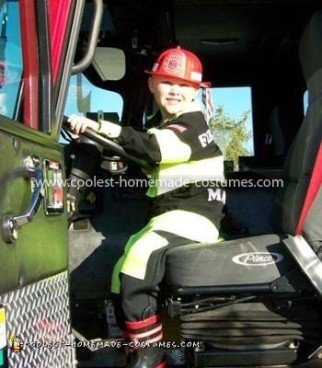 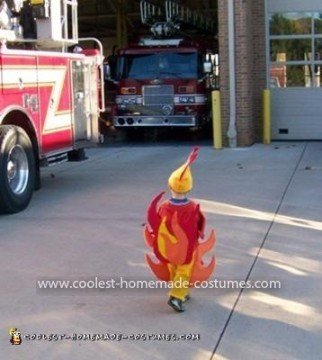