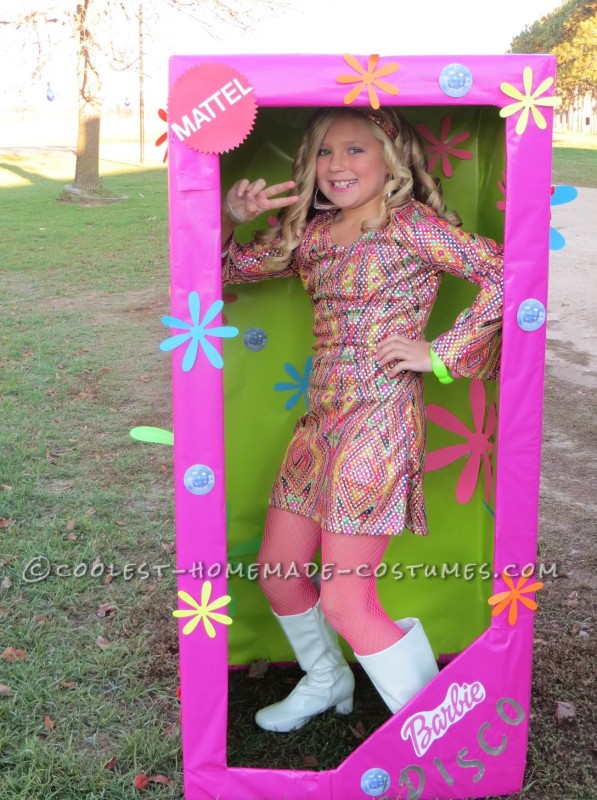 This is my 9 year old daughter Taylor in her Disco Barbie costume.  I started by getting a wardrobe box from uHaul. I then cut out a hole in the front of the box where she would stand. I flipped it over so the bottom of the box would be open for her feet. I then used wrapping paper to cover the out side and inside of the box. The wardrobe box had handles on each side, so I cut them out so she was able to carry the box while walking.  I made the Mattel sign on the computer along with the disco balls, flowers and Disco Barbie sign. we glued these all over the box.

For her costume we got the outfit at Party city along with the boots. Her hair is her real hair, just curled. We accesorized with earrings and braclets. 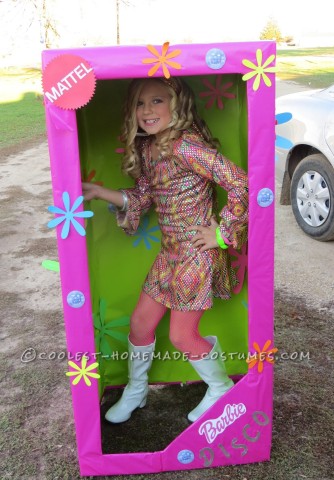 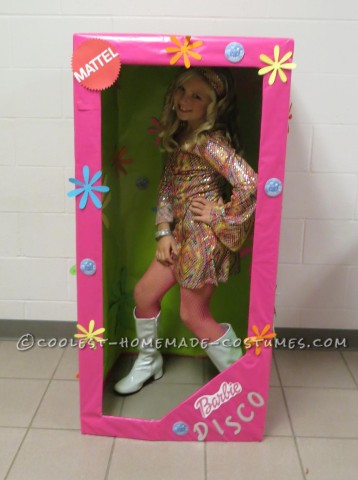 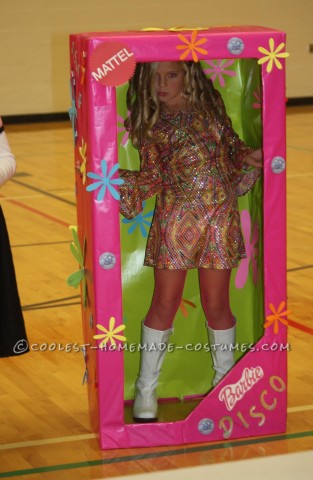 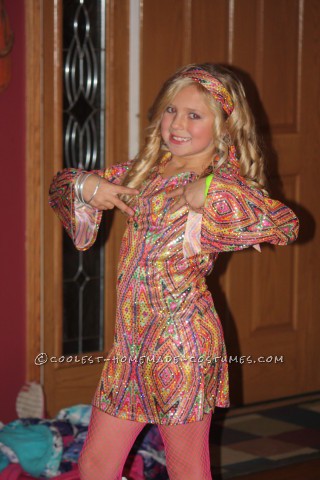 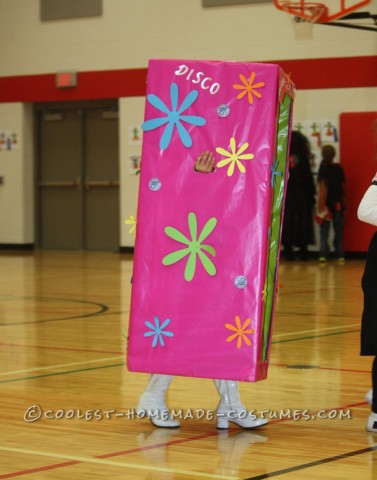 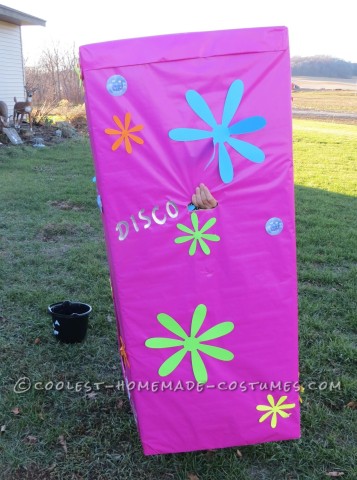