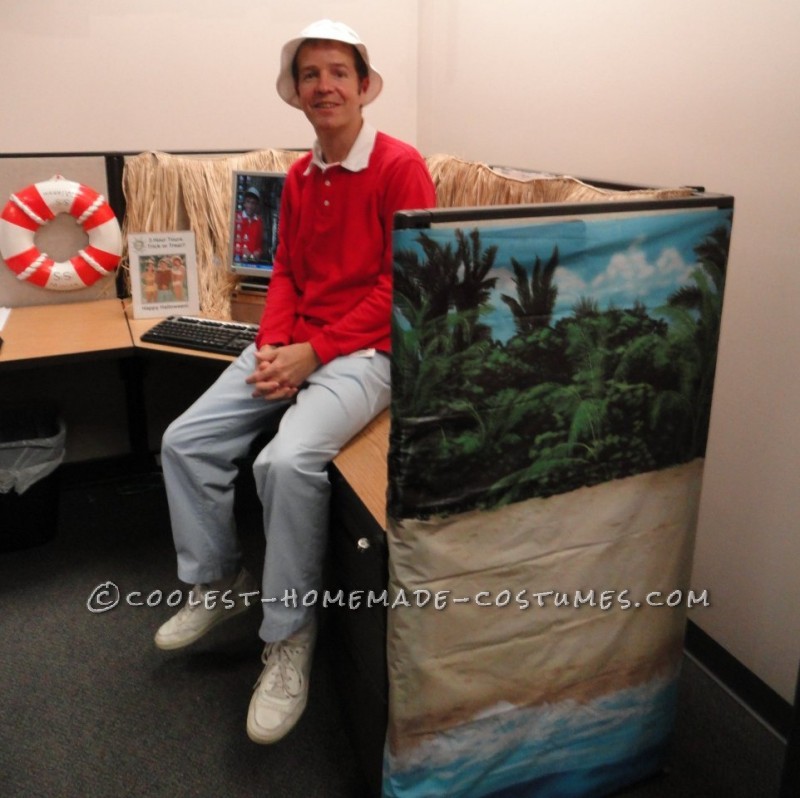 I was a big fan of Gilligan’s Island as a child so I decided that when we went to Disney World for Halloween that I was going to make a Gilligan costume to wear. So I started checking out the local Thrift Stores for something to work with. I really hit the jackpot when I found a long sleeve red shirt that was the right material. The problem was the collar was also red. So I found a second shirt made from the same material that had a white collar. With a few cuts and a little sewing I had a perfect Gilligan shirt. The next thing I needed was a pair of used light blue pants. Since most men’s clothing did not come in that color it was over to the women’s section where I found the color of pants I needed.

The hat was a little harder to find. Most ‘Gilligan’ style hats were not the same style as what he wore. So after searching eBay for awhile I finally came across a hat that matched. I just needed to use a little white paint to cover over the small insignia on the hat.

The most important part of playing a good Gilligan comes with having the body shape to match. That is something you can’t fake. Fortunately that was not a problem for me.

The costumes first test came at my new job the week before Halloween. It was a great success with fellow employees. Next my wife and I hit Disney for Mickey’s Halloween party as Gilligan and Mary Ann. Gilligan is still a hugely popular character! Everyone keep calling out, Hey little Buddy! Now that in itself said the costume was well made but the true test came this past May at the Comic-con. I consulted a true expert on Gilligan, Dawn Wells aka Mary Ann. She was one of the guests at the convention. She loved it! She was very surprised to see me and asked me where I found the shirt. She loved to tell stories about Gilligan and asked to have her picture taken with me.

This was one costume that is a lot of fun to own. It earned me a lot of smiles and a big hug from one sweet lady and that was priceless! 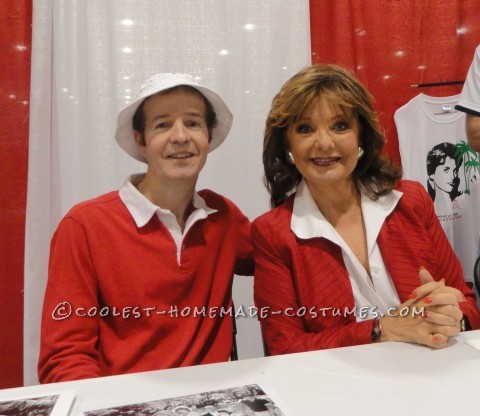 Gilligan and Ginger DIY Couple Halloween Costume (And The Professor, Too)