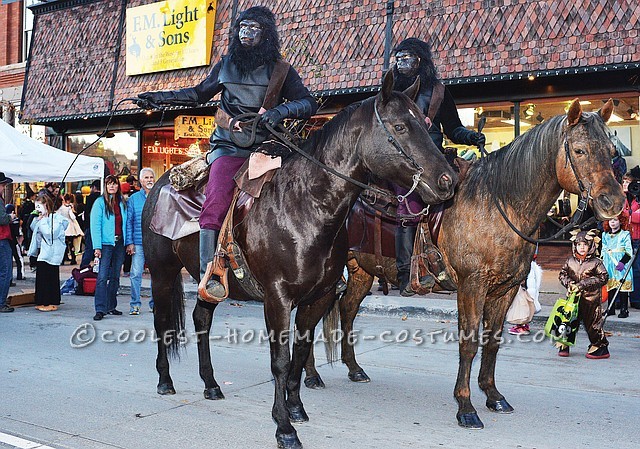 My sister and I were out on a ride and brainstorming ideas for Halloween. We knew that we wanted to do something with our horses and top last year’s costume as Ring Seekers from “Lord of the Rings”. We got to talking about our favorite movie as kids, Planet of the Apes (1968) and that’s when we asked each other, can we pull it off?  The more we talked about doing it, the more excited we became and that’s when we knew that it was meant to be.

The making of these costumes was no small feat. We started off by researching our characters in depth. We zoomed in on pictures and watched the movie to refresh our memories. We wanted to look as legitimate as possible, every detail counted. The costumes that we wore were 100% hand sewn. We used fabrics that were as close to the wardrobe of the warriors on “Planet of the Apes” (1968) as possible which included faux leather in black and brown. Underneath the materials, we used down vests to puff us out a bit. For our faces, we glued on gorilla masks with spirit gum and used black makeup to cover it. I must say, we were pretty impressed with the end product. For our manes, we bought cheap gorilla masks from our local grocery store and cut out the faces. These framed our faces perfectly and we glued on sections to hold it in place. As far as props we made covers for our saddles with furs, faux leather, and netting. We also ordered whips and used the Planet of the Apes soundtrack to play in a speaker in my saddle bag. I must say, though, that the biggest props we used were our exceptionally well-trained horses. One of them, in which, we painted black (with nontoxic livestock chalk) to be true to the movie.

Steamboat Springs, CO has a downtown stroll on Halloween every year. We thought that this would be the perfect place to make our debut. From the moment that we got to town, we had people stopping their cars on the road, running out of restaurants, and taking nonstop pictures of us. We received comments such as, “best costume ever”, “you guys are so creepy”, and some people simply said “you win”. Even the drive to town was awesome; we rolled down the windows, danced, and waved at other cars. We knew that we would get a lot of reactions, but had no idea that it would be as extreme as is was. The following day we found pictures of us all over the internet. We were posted on Facebook, Instagram, and Twitter. We were also in the local paper and heard that we were the “talk of the town”.

Some of the highlights of the night were cantering the horses downtown while using our whips and charging up on kids making gorilla noises. We would also go up to people eating outside of restaurants and try to take their food and drinks from them. This was an experience of a lifetime which we will always enjoy looking back on. It seems that we will never be able to top this costume, but we sure will have fun trying. 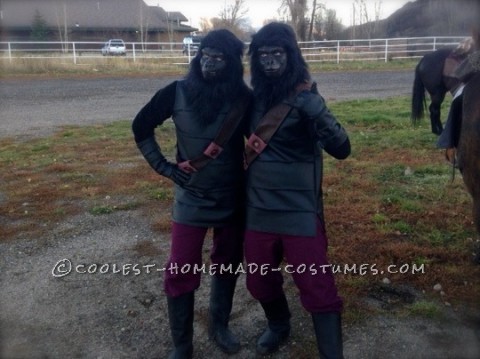 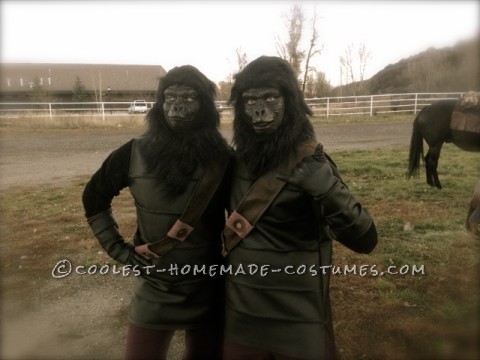 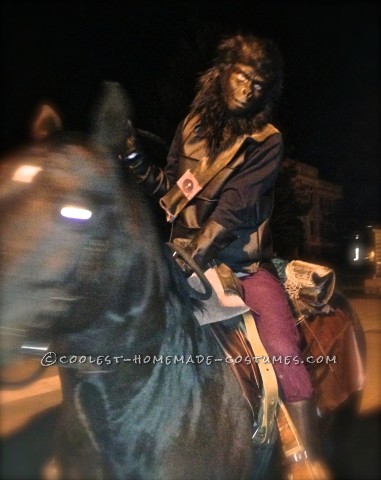 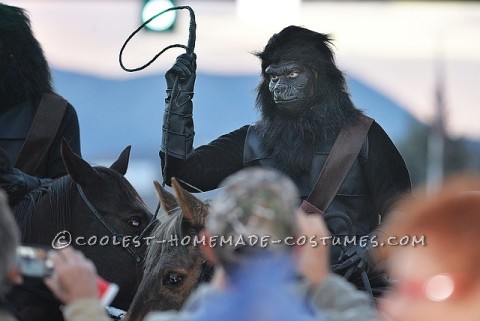 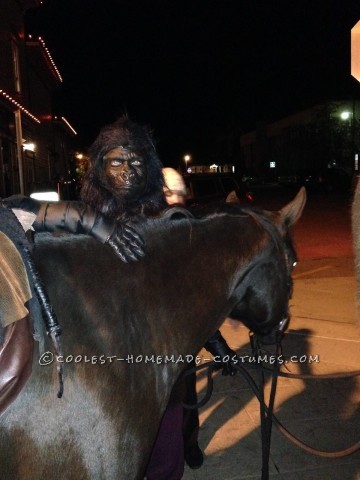 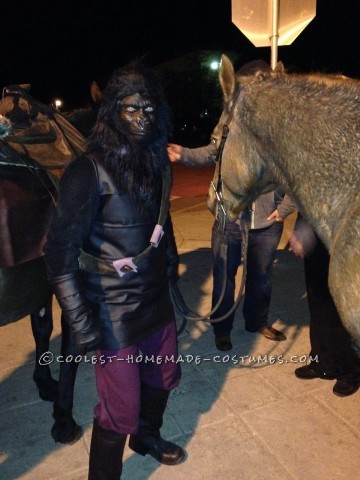 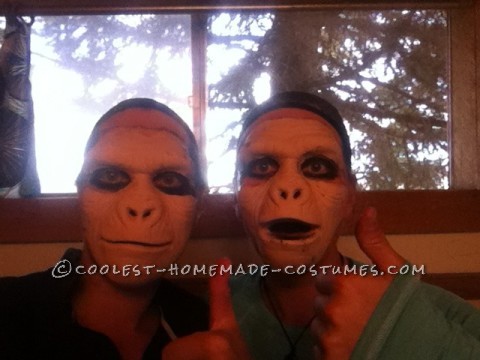 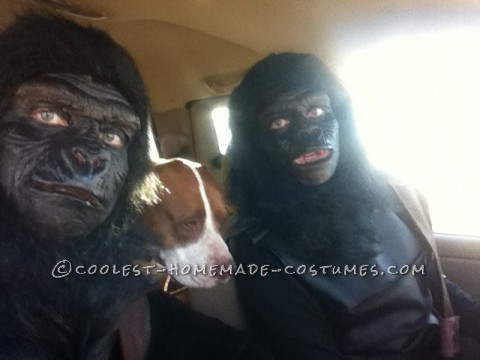 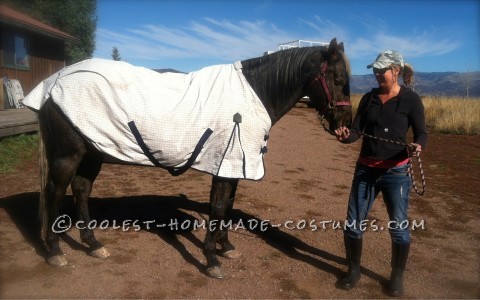