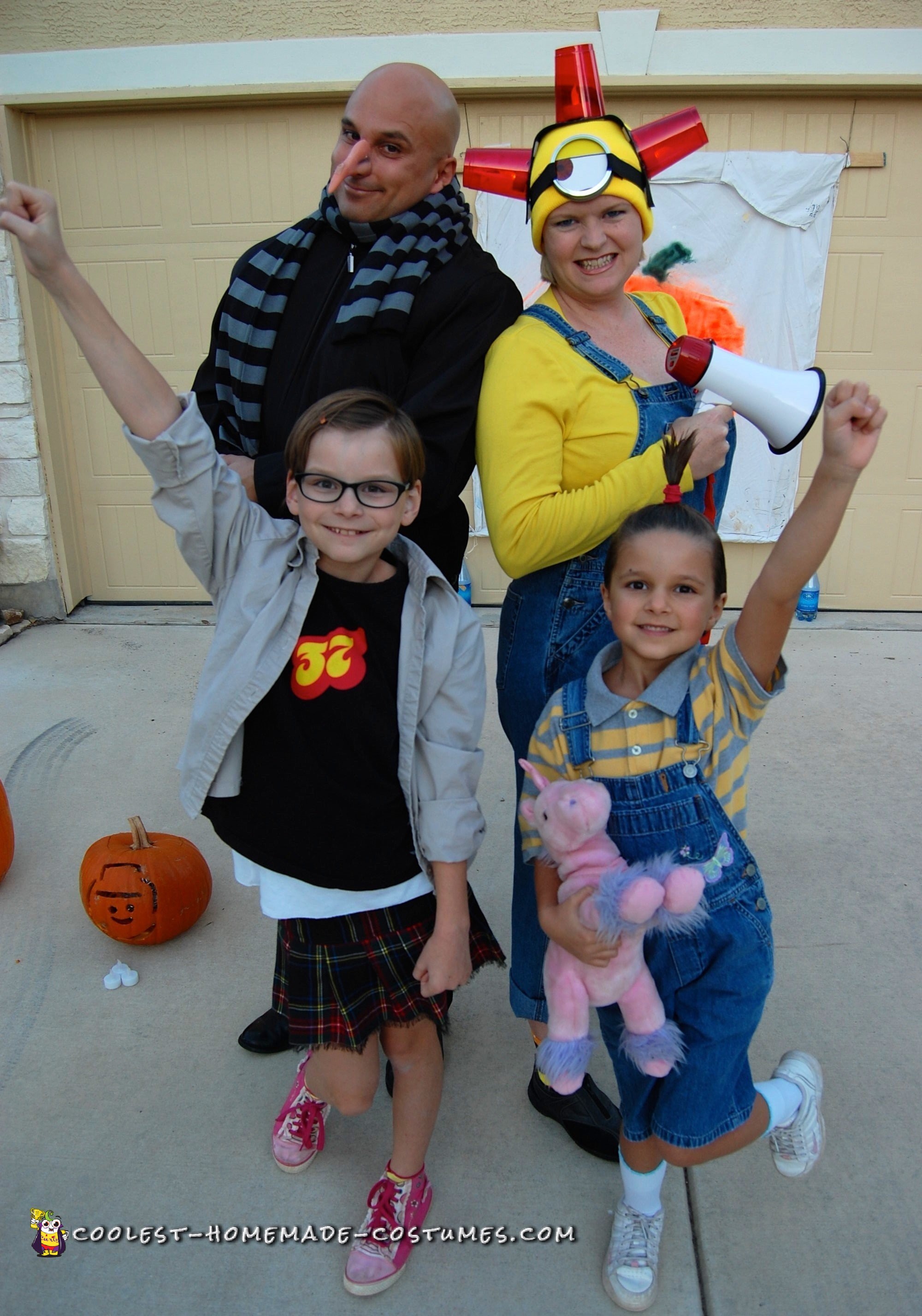 For Gru we got a fake nose from the costume store and a striped scarf from Amazon.  He wore pants and a jacket he already owned, and stuffed a beach towel under the coat to simulate Gru’s large shoulders.  He also spoke in Gru’s accent all night, which all the kids thought was hilarious.

For Margo and Agnes we combed the thrift shops for months until we found the right shirt, skirt and denim overalls.  We put a lot of gel in my little one’s hair to make Agnes’ trademark style!

My minion was easy – denim overalls and a yellow shirt came from the thrift shop.  I bought a yellow knit cap from Amazon.  For the eye I used a canning jar lid and some black elastic.  I wanted to be the minion that’s in the fire scene so I got three flickering battery-operated tea lights and glued them under three red plastc cups, then velcro’d the whole thing to my hat.  It really lit up the night and got a lot of attention.  I also yelled “Bee-do! Bee-do” through my megaphone all night.  The whole group was a big hit.

Total spent on these Despicable me costumes:  Under $60.