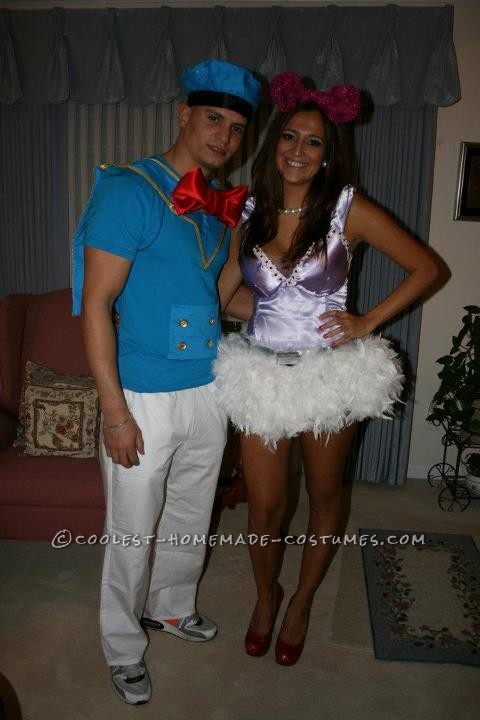 First off let me just say how hard it was to convince my boyfriend to go along with wearing this Disney’s Donald and Daisy couple Halloween costume. He asked for manly so I bought him a an under armor shirt and white nursing pants and a sailors hat. Everything else I purchased the fabric from Joann’s and made it myself and with the help of a glue gun since I don’t know how to sew.

As for my costume that was so time consuming I used an old bra and I bought all the fabric and jewels from Joann’s. I wrapped fabric around my bra and super glued everything. As for the skirt… I bought 2 bows and a cute fabric belt from Joann’s and I cut the bow to the desired skirt length and super glued each piece. The hardest part about making these costumes were all the blisters I got from getting burned…but it turned out to be one heck of a Halloween night! One of my girl friend’s was Minny mouse and her boyfriend was Mickey. too cute!!

It was all worth even with some complaints from the boyfriend about wearing the hat. 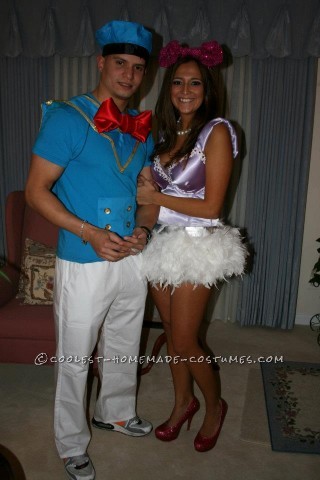 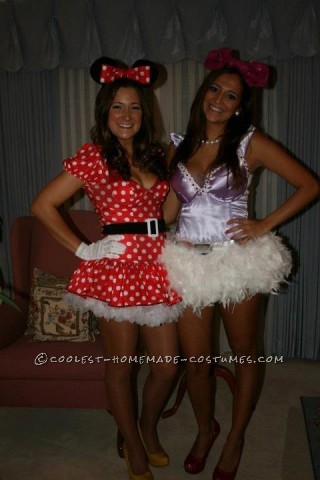