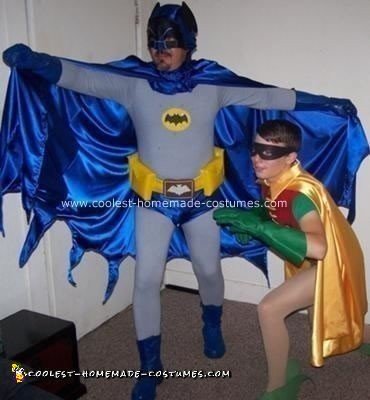 My brother which is the one dressed as Batman is a huge Batman and Robin fan. He had read in wizard magazine about a contest for homemade costumes and he wanted to enter it. First it started as him and my son Blake as Robin then he talked me into being Wonder Woman. We thought this would be fairly easy and cheap but turns out it was not easy or cheap. We don’t know how to sew besides by hand.

My husband’s grandma made the capes. We bought my boots and Robin’s gloves and everything else hot glued and imagination. We tried really hard to match exactly to the 1966 authentic costumes.

We made the Robin shoe with swim shoes cover in funky foam and hot glue. We spray painted the Batman boots and Batman gloves. The Batcowl was probably the hardest to make. We used a ball cap and cut off the bill then with clay we made a mold of his face. Then we stretched the material over and glued.

At times I wanted to throw my hands up but we finally finished and swore NEVER AGAIN! 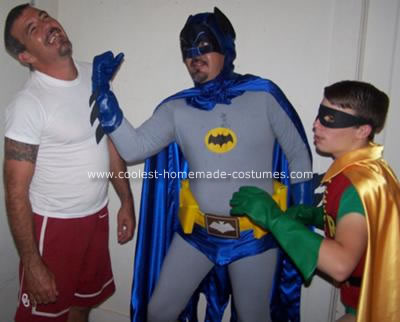 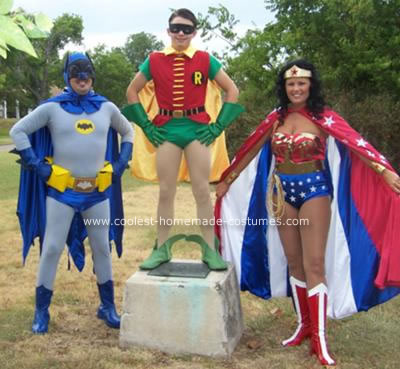