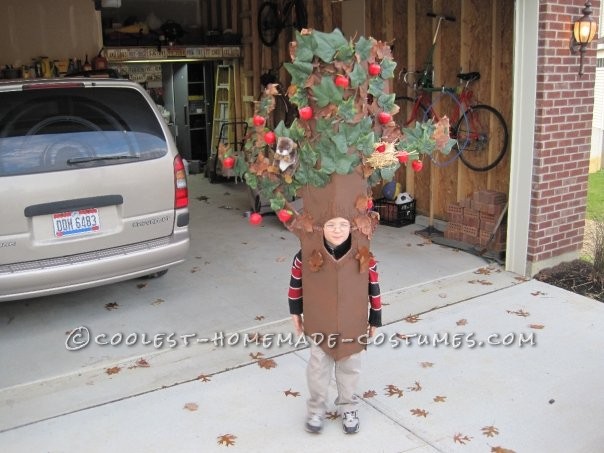 My son has been very creative at coming up with costumes.  One year he really wanted to be an apple tree, so we did our best to oblige and this is our Apple Tree child costume i.dea

We took a large piece of cardboard and cut out the shape of a tree, wrapping the trunk around the main part of his body.  At first we had the trunk go below our son’s knees, making it very hard for him to walk.  Later, we cut it above his knees!  We cut a hole in the trunk for his face and added hot glue around it to look like sap.  Then, I spray painted the whole thing brown.

Next, we glued on both real and artificial leaves and some fake apples I got at Dollar Tree.  I tied some thread around a few apples and tied them around the tree branches to make it look like they were falling.  I also glued a stuffed squirrel to the tree  (it was a dog toy from Wal-Mart.)  Finally, we made a bird’s nest by gluing some raffia to a plastic bowl and added a fake bird to it.

Our son got a lot of compliments and laughs about his costume.  He was the first “apple tree” costume that most people had ever seen! 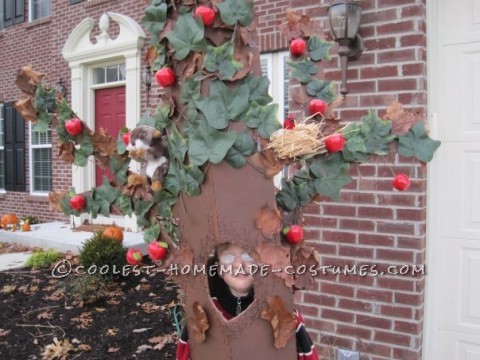 Original and Easy Costume for a Child – Be an Apple Tree!