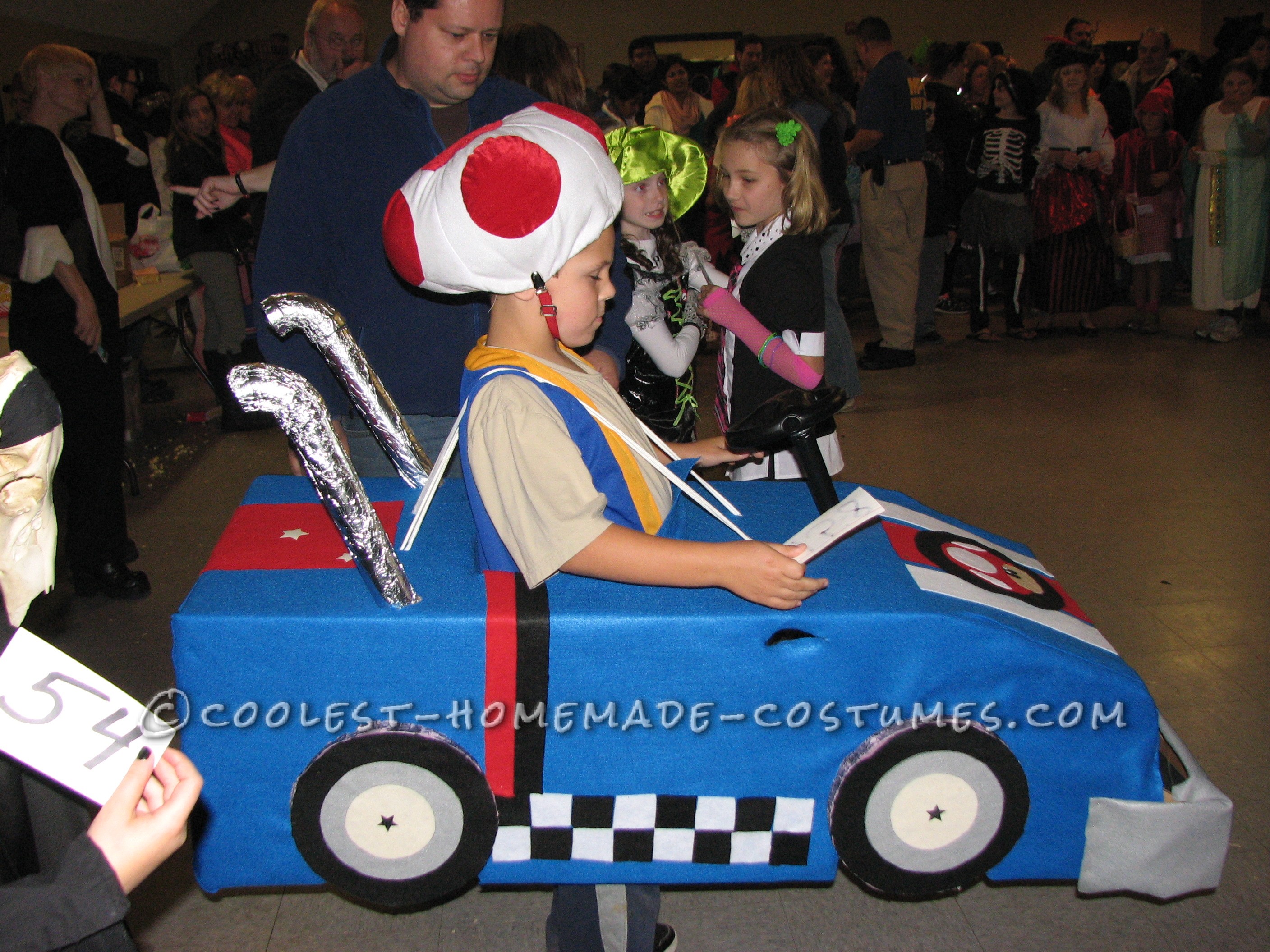 My son is never a conventional figure.  He always chooses something different.  For Halloween 2013, my son wanted to be Toad – one of the character’s from Mario Bros.  Since that costume only consisted of a hat, vest and shirt, we decided to make it a little more exciting.  :-)

We made the mario Toad cart out of cardboard and duct tape.  I covered it in felt.  The wheels were styrofoam covered in felt.  The back racing jets were plastic pvc pipes covered in aluminum foil and the steering wheel was an actual one from a Wii game.

The car was very large and weighed a lot,  it was hysterical watching my son try to propel the weight of it and manuver in a very small space as it took up a great deal of room, but my son was absolutely thrilled!  Every little boy and girl wanted a ride in his ‘Toad Racing Kart.  He was very popular at our town’s Haloween party and really played it up where there was room!

The instructions for the body of the Kart were found online.  It was a very fun halloween!  :-) 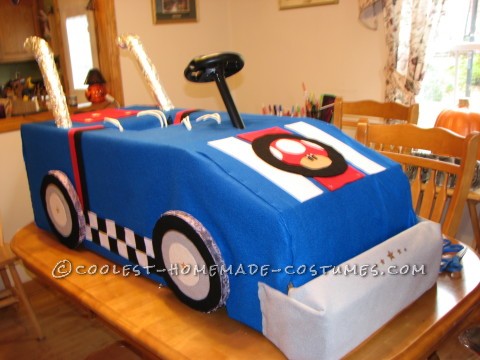 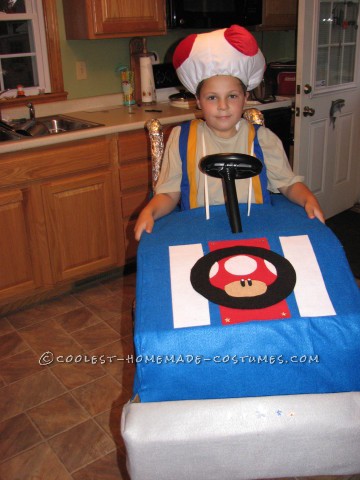 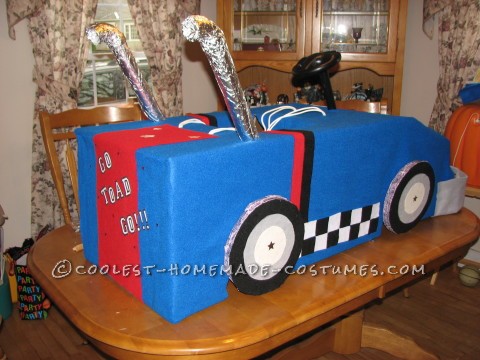 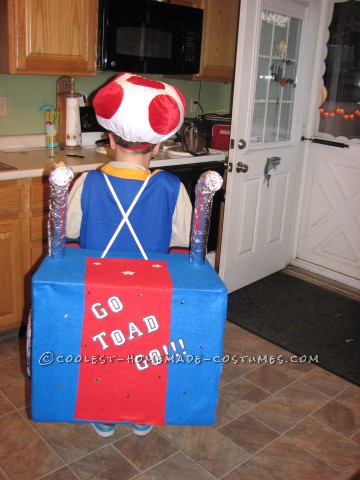 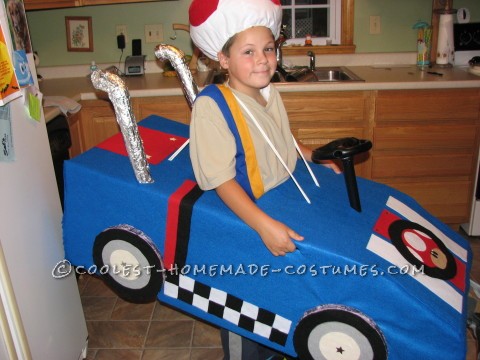