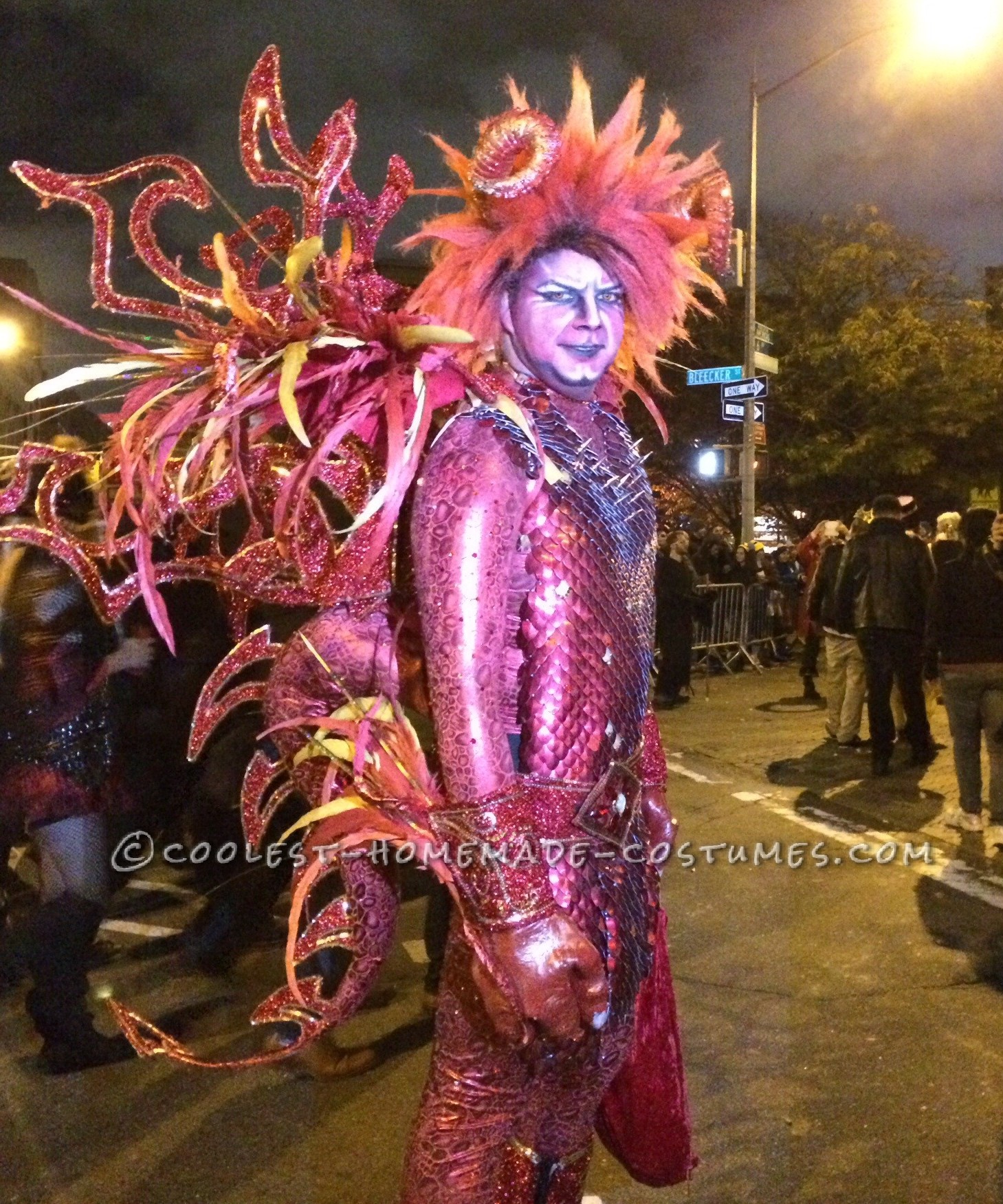 If Elton John and Khalessi, Mother of Dragons, had a love child, it would look like this. My costume was a sparkly, intricate detailed, red, winged dragon.

When trying to come up with an over the top costume in NYC, you have to go all the way. This process started in 2012 as I was preparing for the Village Parade. I wanted something that was a spin on a traditional character, something with wings and something that would have a strong visual impact. I had previously been a gargoyle and had received good feedback, so a dragon was a natural progression.  I debated on going more fantasy by doing a purple/turquoise dragon, but ultimately decided red was best to stand out,  unfortunately that year, the parade was cancelled due to Hurricane Sandy. After some tweaks and detailed adjustments, fast forward to 2014.

This is a very labor intensive costume. The chest piece/”skirt” is made of steel chain-mail type scales. Each individually must be assembled Using the scales and jump rings. That piece alone probably took 50 hrs to complete.

The base costume is all stretch material, embellished with multi-colors of firey toned. The wings are on a wire frame, covered in fabric and outlined in sequin trim.  There’s coque feathers on the shoulders, a custom wig I made (inspired by Anime designs), as well as Yoda gloves and plaits ram horns that we customized to match the look.  I also constructed a simple Velcro belt accented with large rhinestones and a set of cuffs with coque feathers.  The boots are from Demonica and I first covered the boots in masking tape and then covered with coordinating fabric And sequin “shoe laces”.  The tail piece was my favorite – it’s essentially a wire structure of one long wire running through concentric circles and surrounded by cotton batting for bulk.  Pieces of this costume are beginners, others are extreme pro level.

As far as reactions, let me tell you, The parade goers were blown away. I felt like I was attacked by the paparazzi because of all the photos.  For the most part, I couldn’t walk more than 5 feet without being stopped.  Everyone was very uplifting with their praise of the concept and attention to detail.  The weirdest part was that so many people felt compelled to touch the costume.  The scales, pulling the tail, tugging the wings – it’s weird for New Yorkers to even talk to strangers, much less feel comfortable enough to touch a strangers chest! 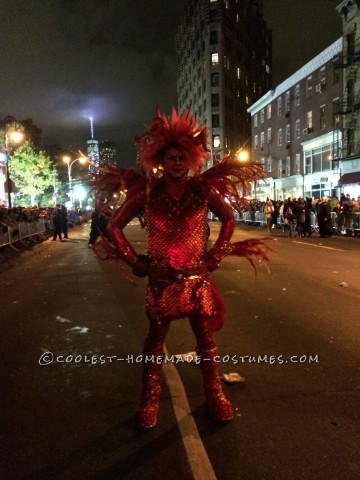 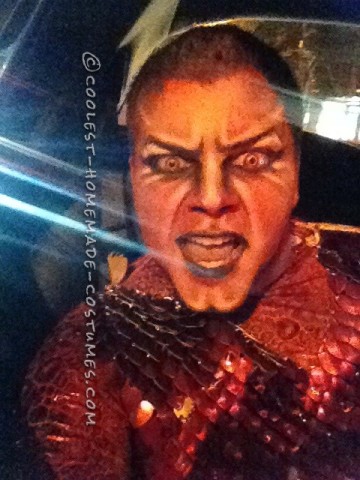 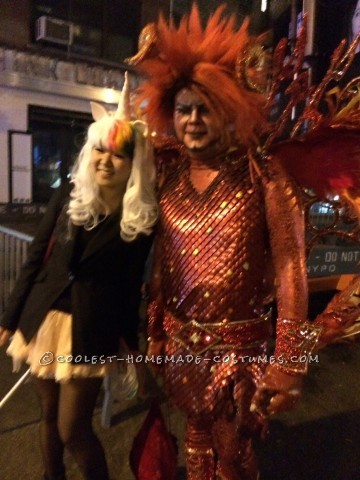 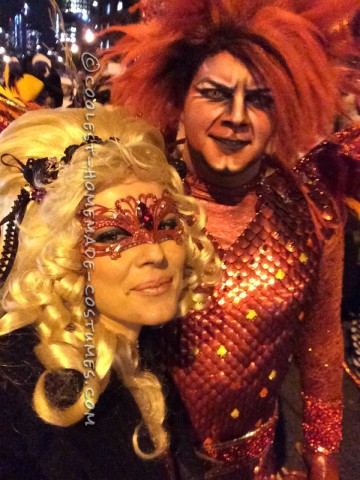