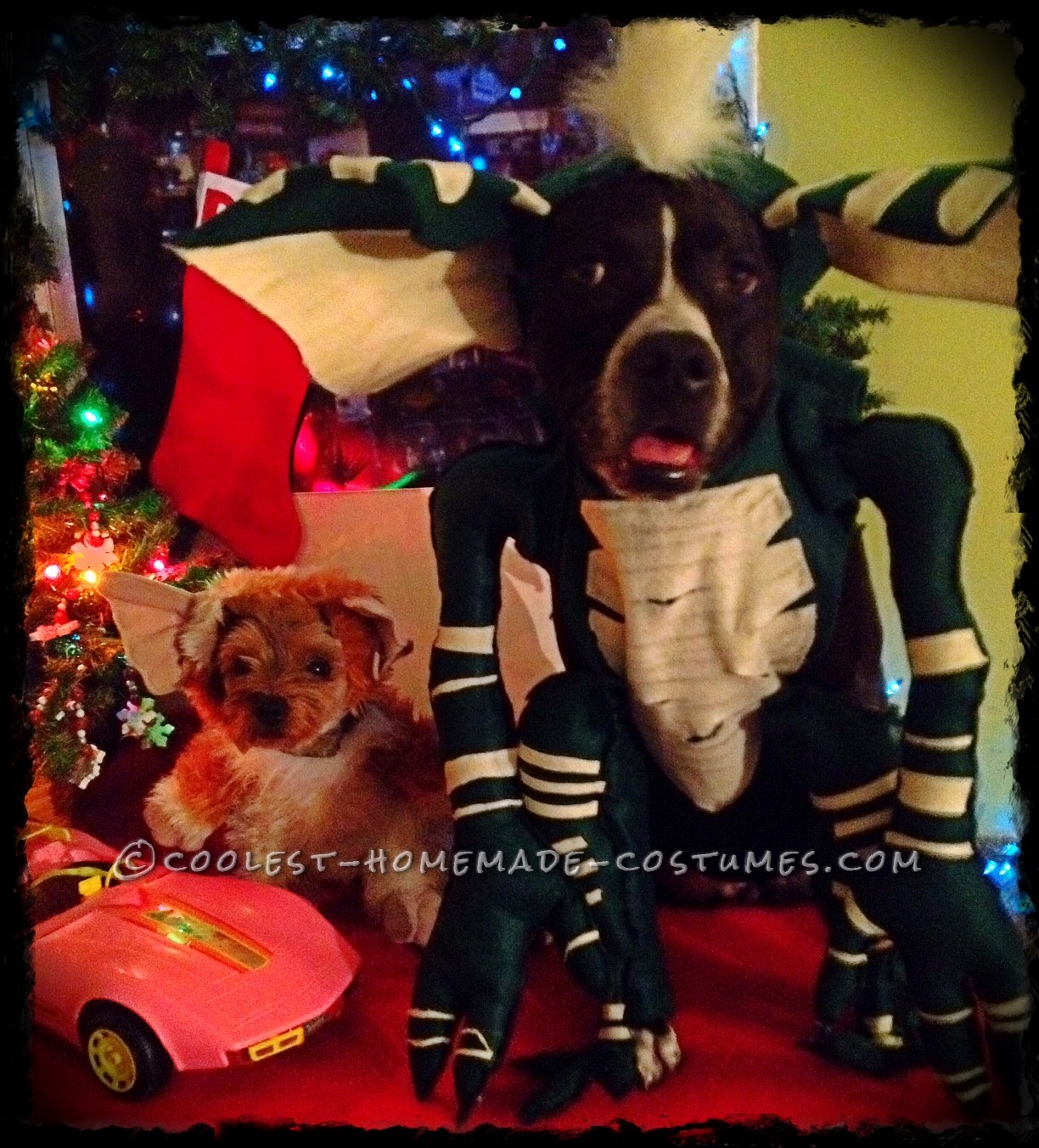 My dogs Sebastian (a 4 1/2 year old yorkie) and Pepper (a 2  1/2 year old pit-mix) are  no strangers to the occasional mischief so I set out to design and create costumes that really brought out their personalities as well as challenging my creativity.

They are DOUBLE TROUBLE at times so I knew the inspiration for the costumes was starting to become clearer.  Sebastian is such a little lover so he perfectly embodied the sweetness of the character “Gizmo”. Pepper, also a little lover is in her “terrible twos” so she definitely has a little mischievous streak that I thought “Stripe ” showed very well in the  “Gremlins” movie, my favorite from my childhood.

With my concept in place I spent a total of $26.71 for felt, hot glue sticks, and a package of fiber stuffing. After sketching out the pieces of both costumes onto paper, I did my dogs’ measurements and then used a marker to draw all the pieces onto the felt materials.

The costumes were fitted so that when the dogs sit, it gives the appearance that their costume characters are standing up on two legs as they do in the movie. I had made straps with Velcro attached that I was able to securely hold the costumes together once on the dogs. The Velcro straps were also utilized for both costumes helmet ears: an under the chin Velcro strap was hot glued strategically so the final “helmet” piece of the costume could easily be worn hat-style and securely & snuggly fitted and held in place.

All in all the overall construction took only a couple of days working 5-6 hours each day. Getting the dogs to stay still for the photo shoot was a reality show in the making! LOL let’s just say that A LOT of treats were in deed consumed after midnight to get the perfect shot! Hahahaha…

I’m very pleased with my creations and hope that you enjoy them as well.