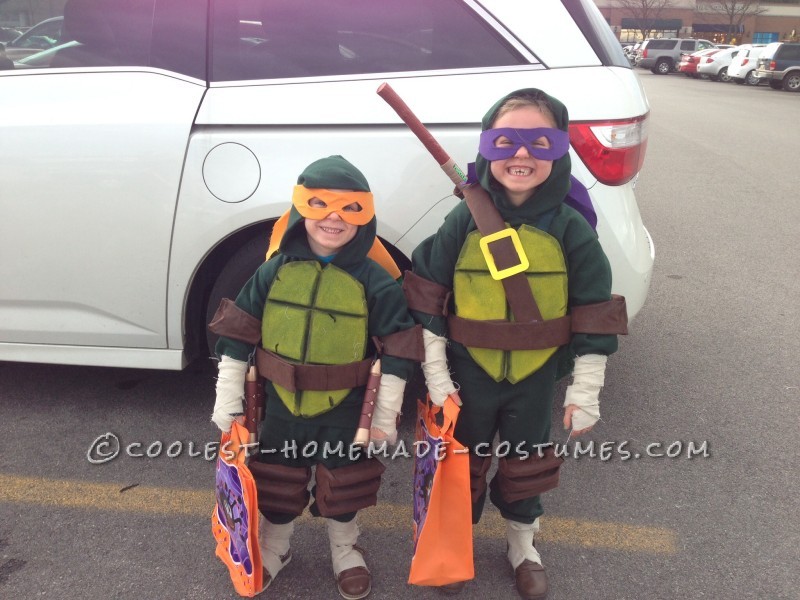 I have two children that generally like to have costumes that go together. Every year it varies what they are into, this year it was the Ninja Turtles. As easy as it is to buy a costume my favorite part it getting to make it with them. They are specifically into the new Ninja Turtles that are on Nickelodeon, so the look and details are different then the old school turtles that I grew up with.

The first thing I started with were the shells. I took two turkey roaster pans, and sprayed expanding gap foam all over them. Then using a knife and dremel, I cut the basic shape of the shell down and created the ridges. My kids loved getting to paint them and add in the shadows. I found some fake leather fabric and used foam to create the elbow and knee pads. The chest plates were pieces of foam cut to fit their chests. Some cardboard was used to create the belts and weapon holders. The Bo staff and nunchucks were the only store bought items, as they were toys my kids already had and were well worn looking due to all the prior play.

I try to build the costumes to last longer than Halloween as they always break them out later for a game of dress up. 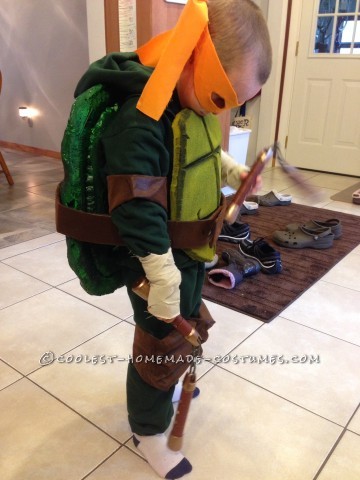 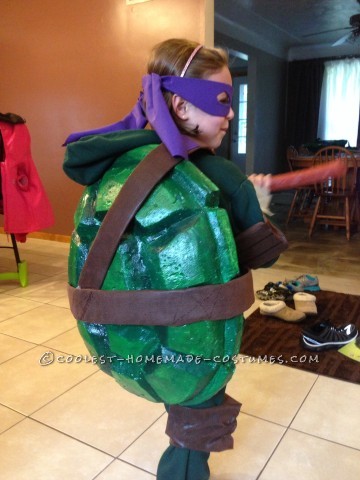 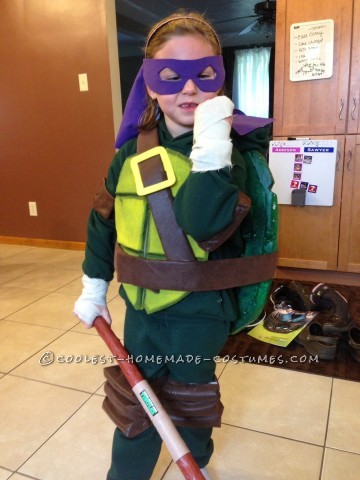 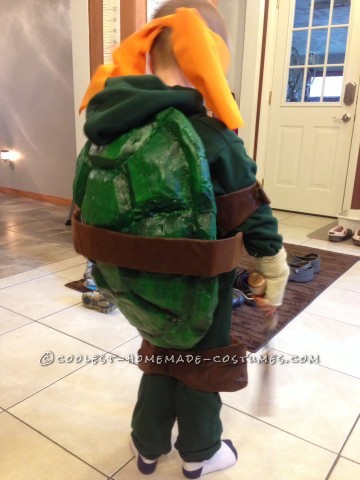