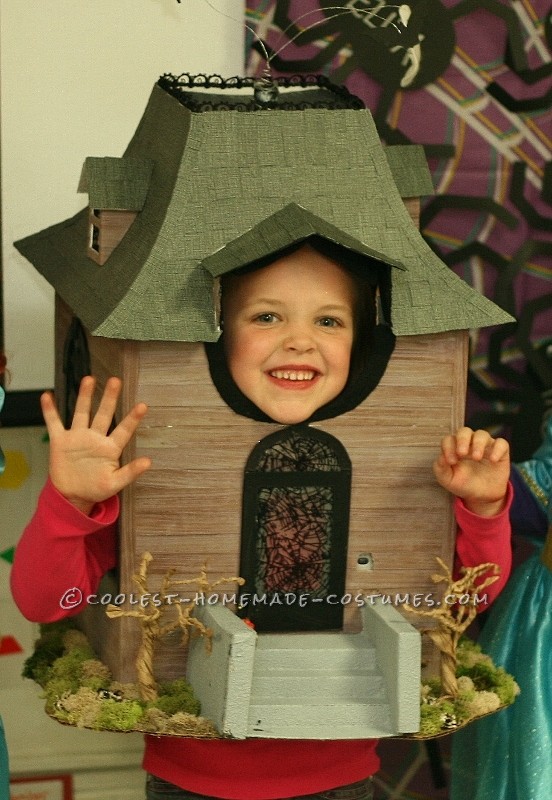 Every year so far, we’ve chosen to make costumes for Halloween instead of opting to buy something from the store.  When my daughter was 2 1/2 years old she was encouraged to make her own suggestions and so far she’s gone as a spider, king tut, a monarch butterfly (with wings she could flap using pull cords thanks to my husband’s clever engineering) and most recently a haunted house.

Hmm, how to make a haunted house that a child can wear as well as attend her kindergarten Halloween parade without too much fuss.  Surprisingly, the image I had in my mind from the start is relatively close to the finished product.  There were several modifications along the way so that when she was wearing it, the house remained balanced.  I installed an elastic belt around her waist with a pillow to cushion her back and also fastened a pillow to the roof of the dormer where her face peeks out so any weight on top of her head would be cushioned.  I cut the box short enough that she could still sit down if needed and once the overall shape was determined, spent days and days painting, gluing and finalizing all the details.  Her chimney served as a chute attached to a cereal box inside that held all her candy, and in addition to the spooky trees, windows, bats, and such, I placed a scary black cat on the front porch and installed a really inexpensive push button sound recorder that we’d forgotten about in the kitchen drawer to serve as a doorbell.  I found some sound clips online that I ran together to create a doorbell, creaking door, witchy laugh, and howling wind spectacular.  If I could change one or two things I would have installed twinkle lights in the windows to give it some extra sparkle at night, and would have liked to make the ghost and bats actually circle around the top instead of just bobbing on wires.  The smile on her face says it all!  I am certainly looking forward to the days when she will not only suggest what her costume should be, but can also participate in the making. 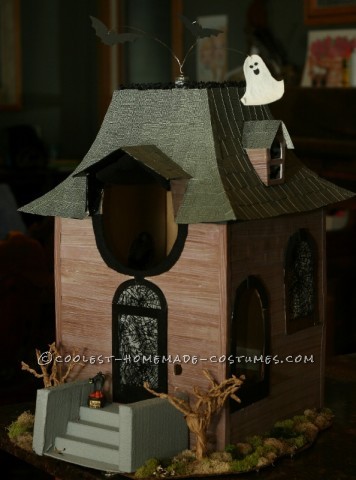 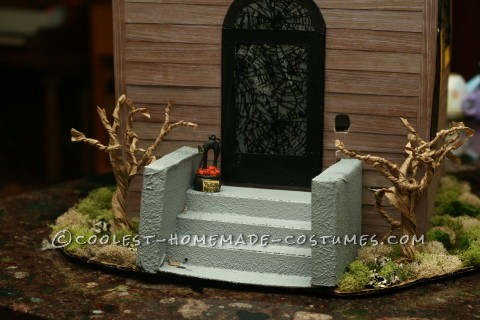 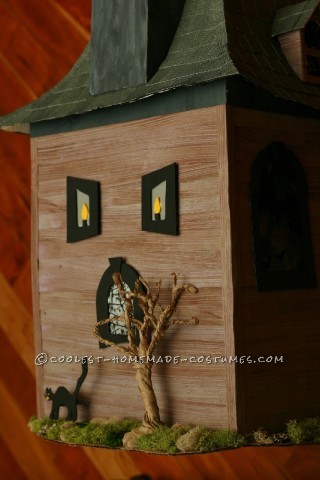 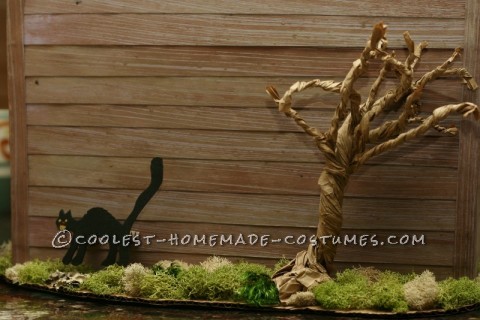