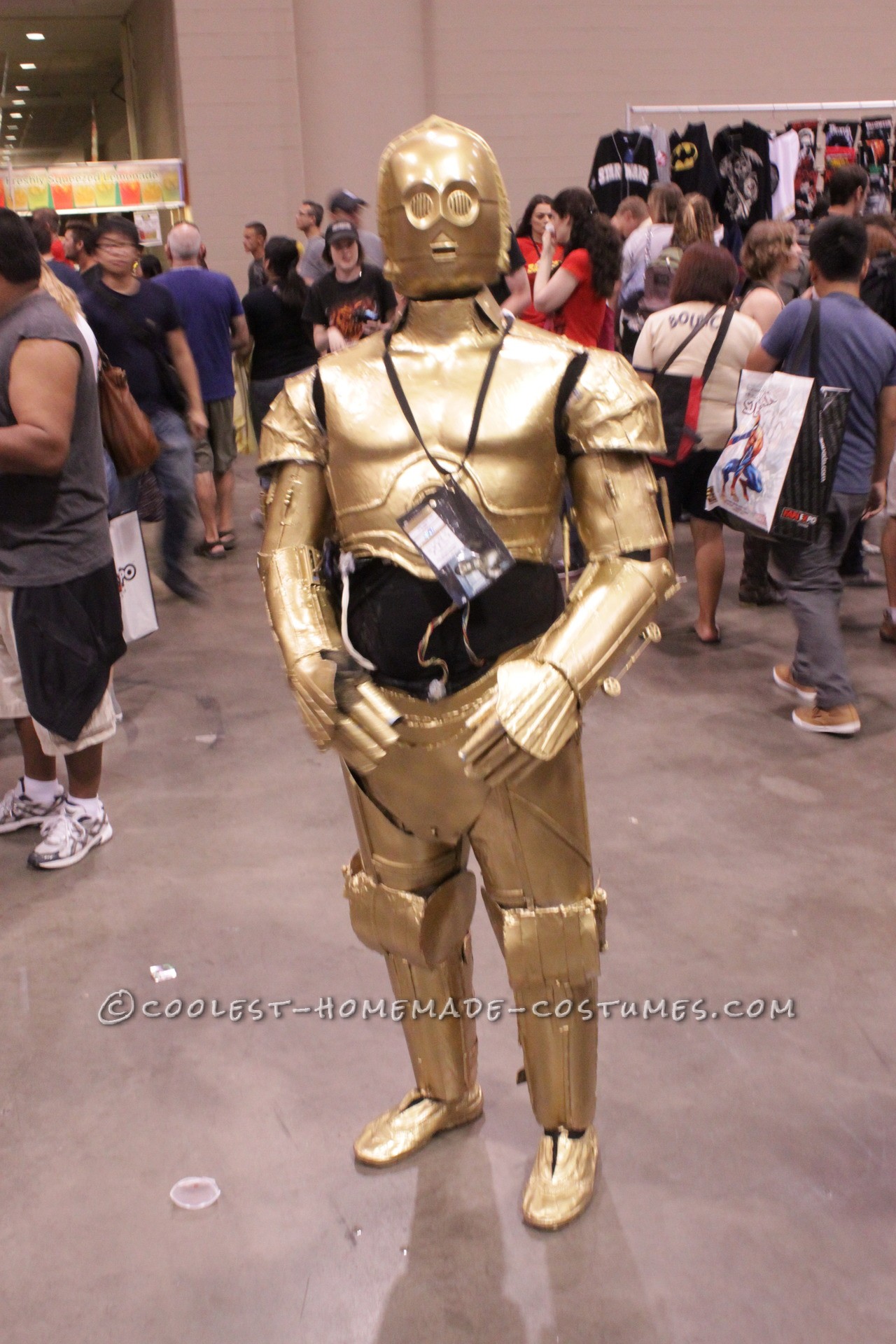 My name is Terry and I live in Hamilton Ontario, Canada, and I am submitting the C3PO costume that I made by hand and have won many contests here in Hamilton. I am 56 years old and when I saw the first Star Wars movie way back in 1977, the second I saw C3PO, for some strange reason, I said to myself, I have to BE him! So I began building my own C3PO costume.

I have made 3 costumes since then and my latest one is by far the best. Let me tell you how I did it and you can too! For the chest and back, I cut a mannequin in half, and since I was a little bigger than the mannequin, I added pieces of plastic “spacers” on the sides and shoulders so it would fit. I took two curved heating elbows and used them as shoulders, connecting them to the chestpiece. For the arms and legs I used those plastic snow carpets, and cut them so they could wrap around my arms and legs.

The upper and lower arms are connected by the piston hinge device I came up with, and basically are one piece, upper and lower arms.I used the plastic carpets to make fingers as well. The detailed lower legs wrap around my legs and are held on by Velcro. The waist and hips were made from a sheet of plastic, which I shaped to fit my body. I then attached the upper legs to it, which are made from the plastic snow carpets. I got a comfortable flat shoe and decorated it up like C3PO’s feet. I wear a black bodysuit under everything, with hands and feet in them. I put wires on a piece of cloth and wrapped that around my stomach after the bodysuit is put on, and seal it with velcro.

I had to buy the mask, alas I do not have the expensive molds to make an authentic one.  And that’s the short version of how I made it. I have been in parades, won a year’s free movie pass in 1998 on the Electric Circus dance show, appeared at two Star Wars movie openings , been on TV, have done events and in the 80’s, a clown agency paid me $50.00 an hour to wear it at places that they set up for me. People are stunned when they see me walk down the street. I once made two policemen laugh so hard one of them almost fell over from laughing so hard. His partner had to hold him up! That made me laugh.

Recently I joined up with a costume shop and wore it there and we were a traffic stopper. I’ve won awards at conventions and I have actually met Anthony Daniels, the actor who portrays C3PO. He told me he has seen costumes from all over the world, but he said no one has ever made one by hand. They all get the parts casted from molds which companies sell. He told me he was proud of me for all the work I did, and my picture is still on his webpage today.

I hope this is enough information for you, and I hope you like my costume. Thank you very much for your time! 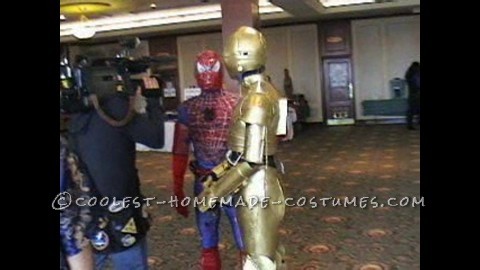 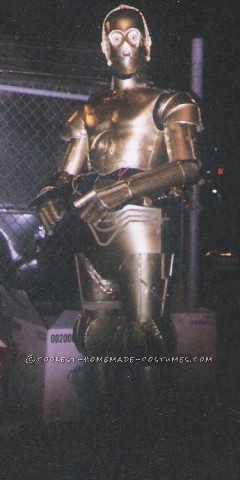 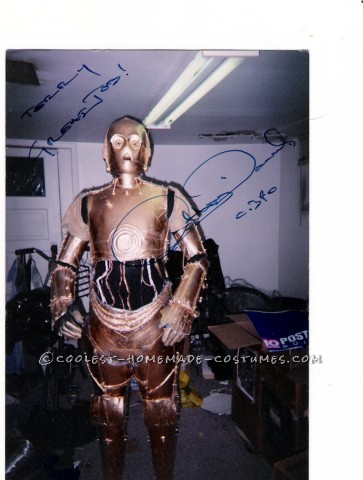 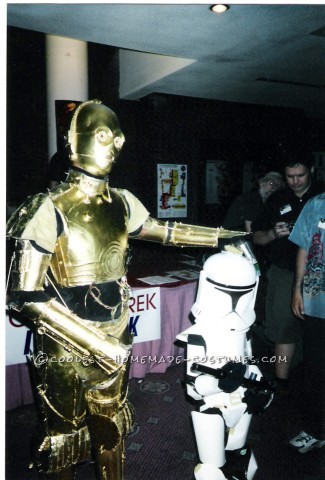 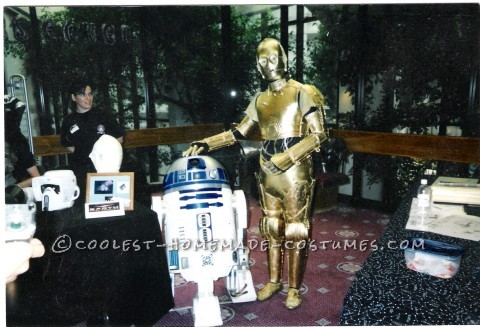