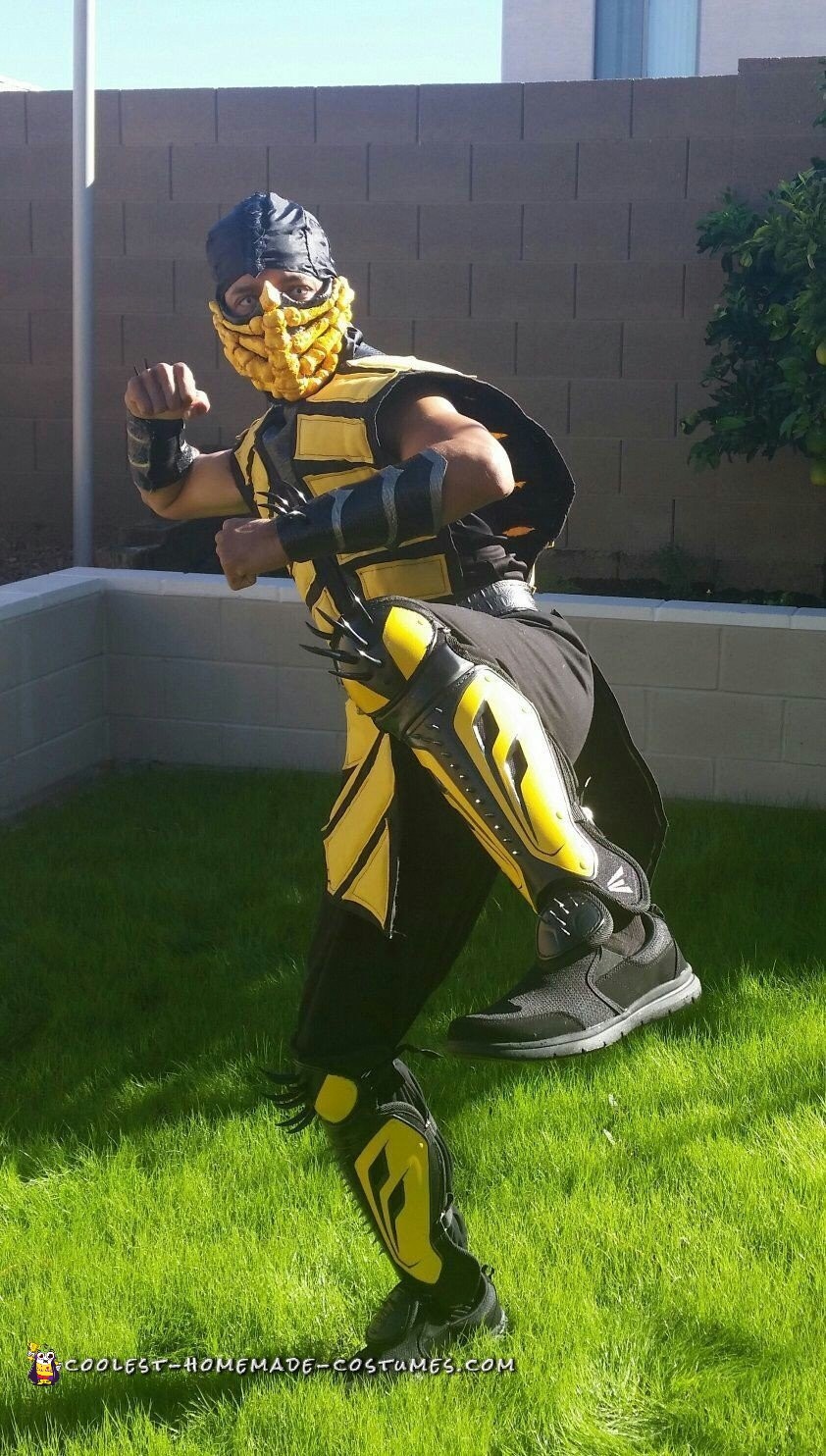 My wife and kids gave a guil;t trip about how I never go trick or treating with them. “Instead of doing your Holloween display (which made 12 news in AZ by the way) you are going to take a break and go out with us this year!”, my wife said. “ok, but I get to make my own costume” I said. My wide told me that I always wanted to be scorpion from Mortal Kombat……so it was on. It started out with just an image in my head for the torso “V” and lappel with no clue on the rest which just seemed to fall into place. The hood I found in the trash at someones house I was painting which actually wasn’t a hood, it was a BBQ tool bag. Complete with carry handles. For some reason I knew I could work with this but I had to hide the zipper. A row of diamond scales running down the midline of my did the trick, haha, but the bottom flared out like a bag that was cut open.

I had to hide the bottom of the hood  so I went to the fabric store and figured I would use some type of black pleather to bridge the “V” on the front and back, so I chose an alligator skin pattern which I though was a cool and different element to the character. The left over fabric was the used for the vembraces which was trced with paper wrapped around my forearms.

The mask was found whist I was browsing Walmarts clearance isle when I found an airsoft face protector for $9! First I tried spray gluing a piece of yellow canvas to it……not so good looking. I then tried to use Rubbermaid lid cutouts heated to bend which broke and failed miserably. Scratching my head I remembered that I had expansion foam and that stuf sticks to EVERYTHING and it can be cut with a blade. I figured if I mess up its only $9. Alas the expansion foam was gently applied and it sorta looked like alien bones, but not fitting to the character so I started carving with a razor blade and it was shaped slowly in to my version of what a bone would look like on a mask and painted with my 9 year olds acrylic paints in those little plastic pots.

The character is not complete without greaves so on my way home from work, I stopped at a Big 5 sporting goods and found 1 pair of these baseball shin guards on sale and the design of them was PERFECT! I masked them off and used a sparypaint that matched the top fabric. Now the greaves just didn’t have that POW efect so I reaserched for about a week on metal spikes and finally found the “Ghost Spikes” you see on the knees, forearms and skull…….perfect hahaha. Along with the smaller shin spikes, I was a lethal image adaptation of Mortal Kombats Scorpion.

The rest was random research on different ideas that came along and the face of a Halloween skull decoration cut off along with adding a different texture never used on a “Scorpion” character I’ve ever seen.

Anyways people like it, and the Greaves are seriously dangerous, lol. I wore it for three days and had 11 people stop me to ask to take pictures. Some kids even backed up against their parents whispering “Whoa”. 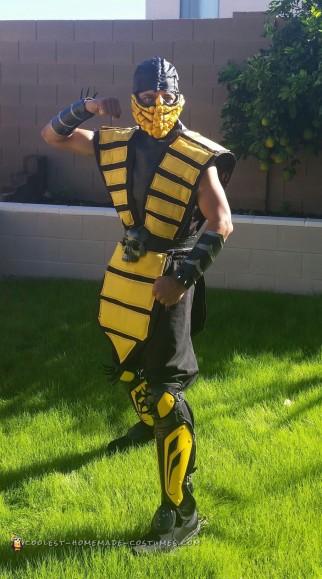 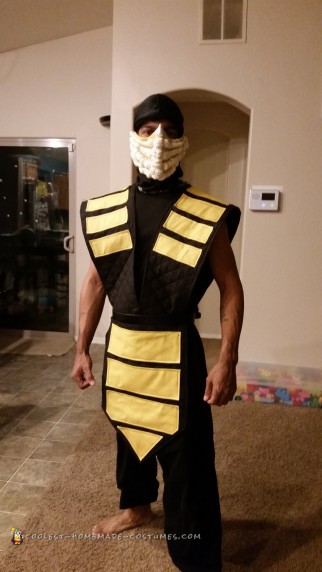