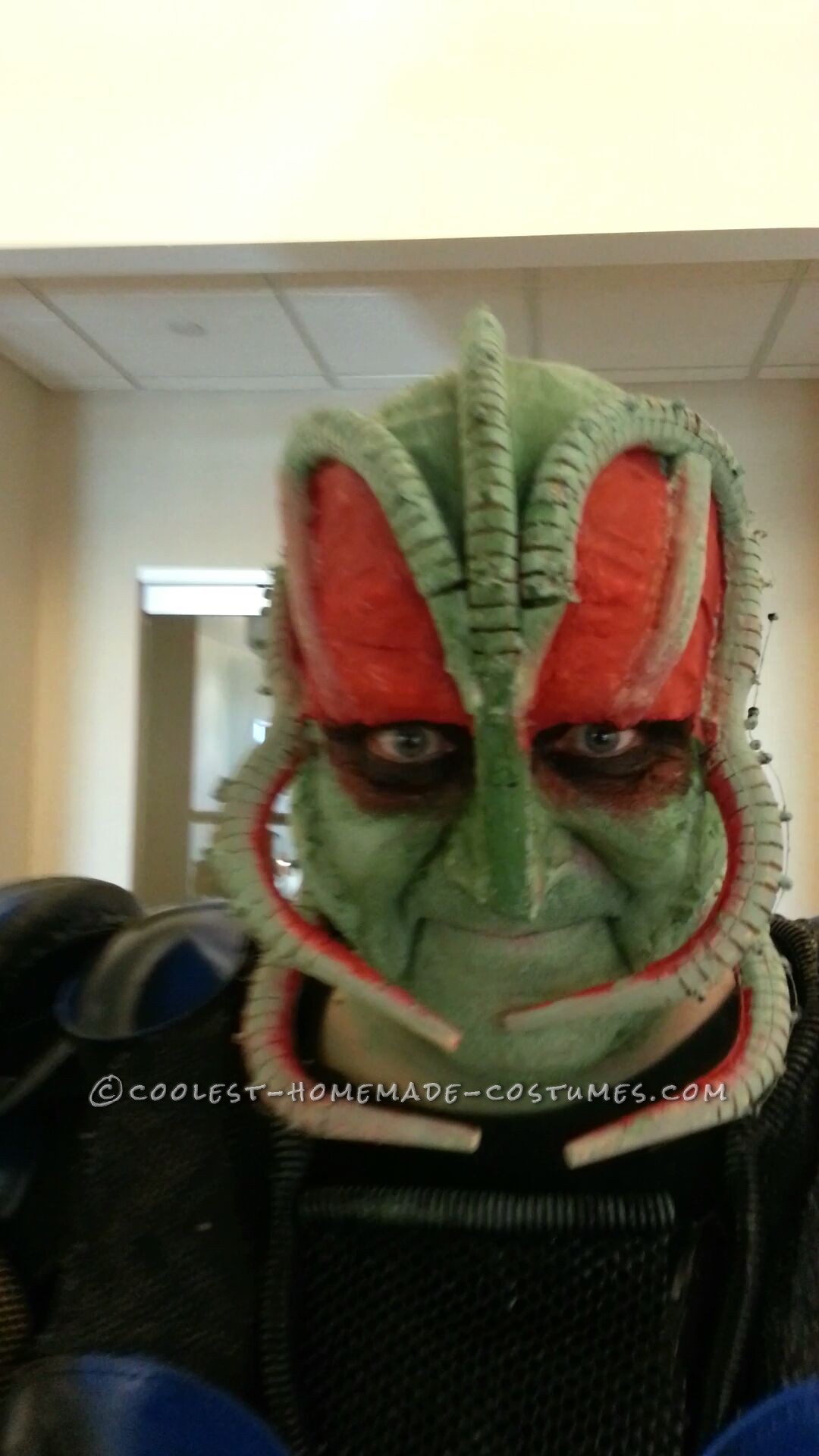 For my Alien costume, I bought a bunch of sports padding, guards and a pair of matching bike helmets at thrift stores. I painted them all to match blue and black. Then I bought six cheap LED necklaces, speaker wire, fish tank air hose and lots of hot glue. I filled a fish tank air hose with hot glue and stuck LED into the hot glue. Then I mounted  them to the sport pads, some under the chest plates and shoulder pads (bike helmets) and others on top of the legs and arms.

For the head I bought one bald cap, liquid latex, and green, white and black face cream.

For the weapon I bought one line laser. (I would later pretend to scan people up and down their body with the line laser.) Then, I attached three laser pointers with star tips to the wrist guard to make weapon. I also had a broken spinning laser top that made cool sounds and lights that I ran in tubes over the laser pointers.

This costume easily took the first place for best overall costume at work. After work I was off to the casino for the big Halloween party/contest. As I walked around moving, I could not help but notice people pointing and exclaiming, “My God! They move.” Others stopped me to ask how I managed to make them move. When I showed them the fishing string they were even more floored knowing that it was such a simple process. Everyone thought they were mechanical.

I had tons of people taking my picture and lots of them did actually capture videos of the face movements.

The judges rated me 4th place for individual costume and I got 2nd place in for People’s Choice.

Over all this was a very fun costume and was a definite attention grabber. 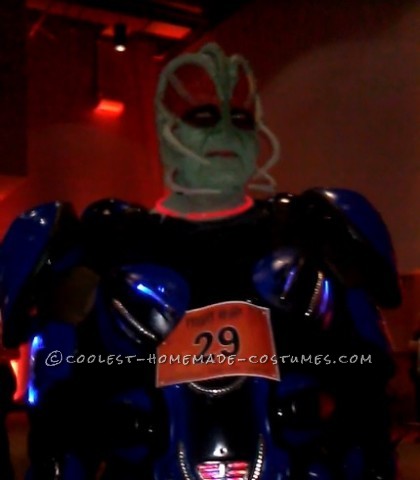 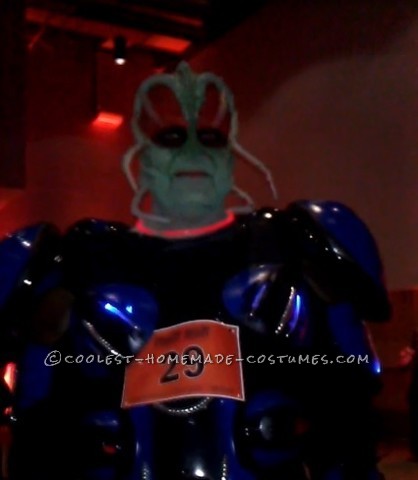 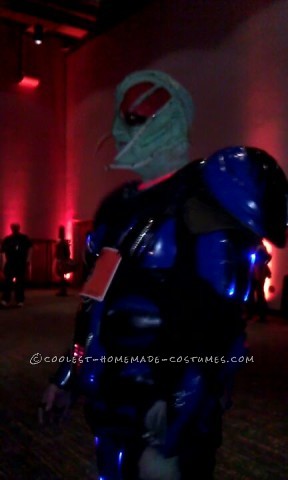 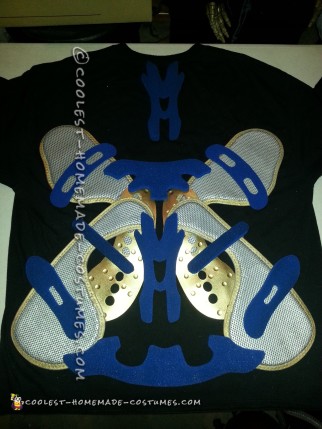 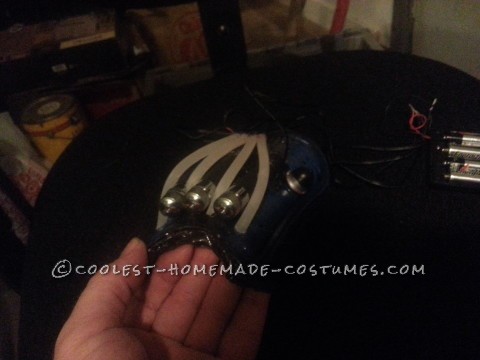 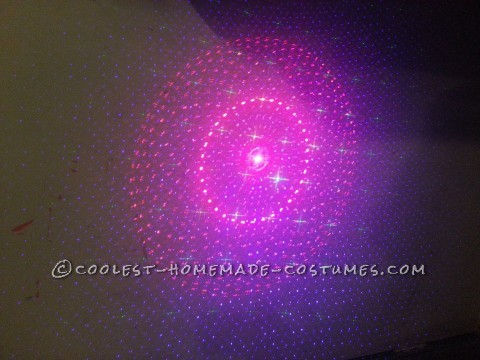 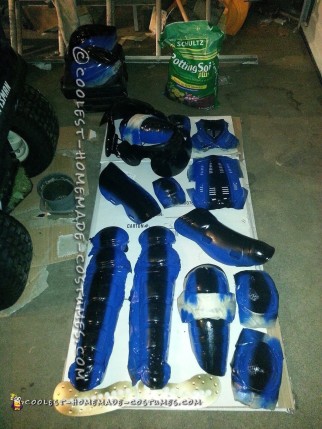 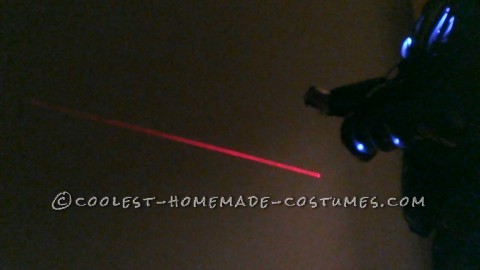