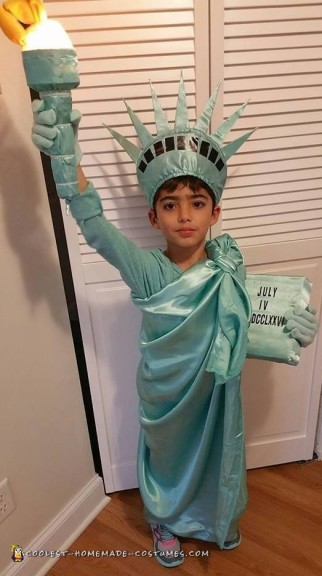 RoRo Loves Lady Liberty RoRo is 6.25 yrs old and loves the Statue of Liberty so much that we drove to see her last spring break. He is half Afghan. His dad fled in the 80s when the Soviets invaded Afghanistan, so welcoming immigrants is meaningful to us. In this divisive election, we want to … Read more 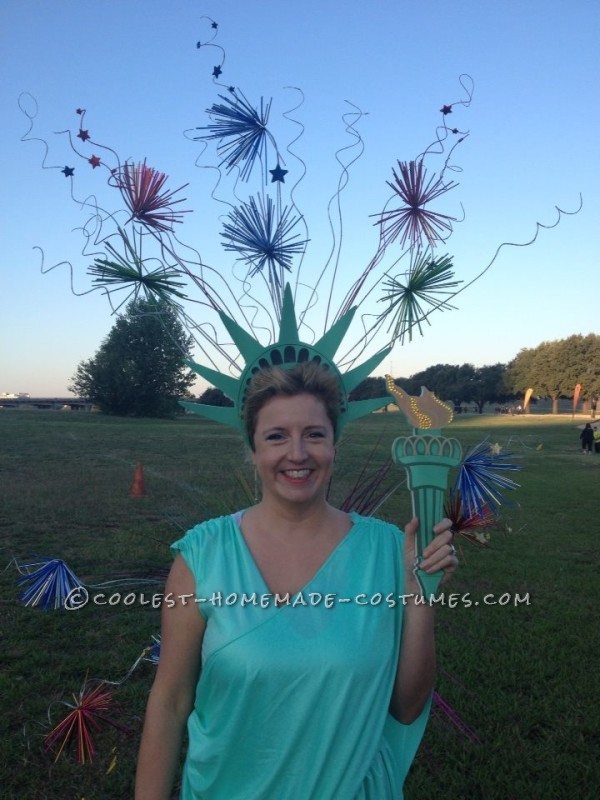 I originally wanted to be a giant fireworks display but I was having trouble figuring out how to make a headpiece. I wanted it to be large and dramatic.   I then thought I would attach Styrofoam to a crown. At first I experimented with beauty pageant crown but you could see all the pieces … Read more 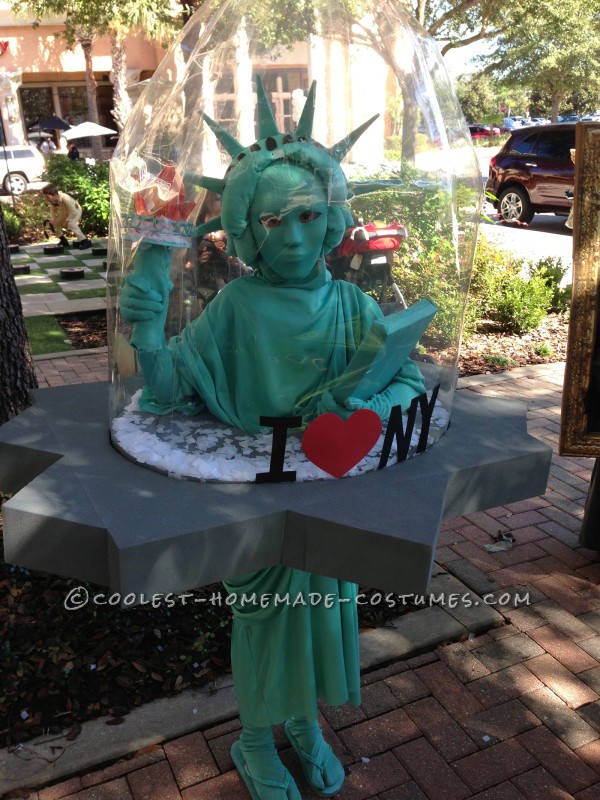 We love New York City and wanted to honor it by creating a larger-than-life replica of a favorite souvenir, a Statue of Liberty Snow Globe.  We knew it was going to be difficult but we felt up to the challenge. The first issue was the snow globe itself.  For the dome we used three large … Read more 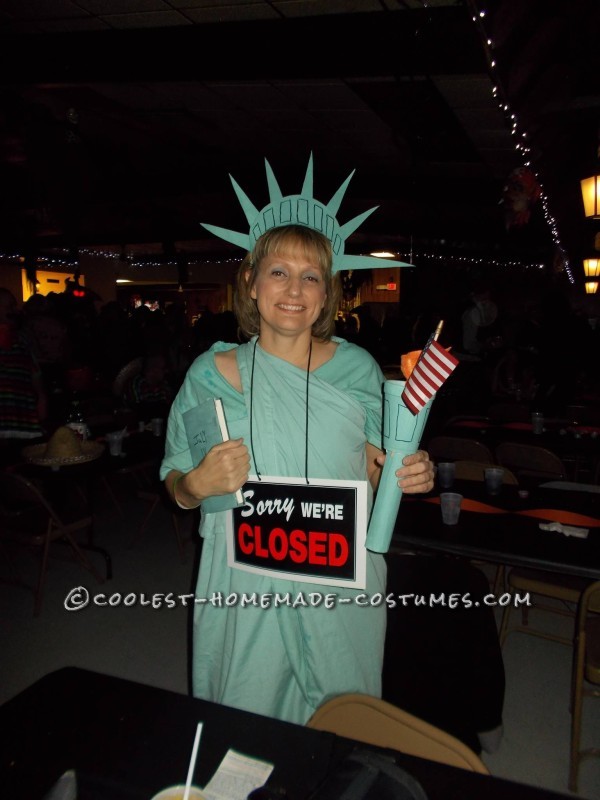 I wanted a costume that was a different take on a current topic but that didn’t cost a lot. Since I needed a large quantity of fabric that would drape around my body and was close in color to the real Statue of Liberty, I purchased a white bed sheet and dyed it myself. This … Read more

I had to come up with a last minute costume for a themed party in one day and Lady Liberty was very cheap and easy to make. I bought one of the foam crowns for I think $3, which you can find at any craft store such as Michael’s or Jo Ann’s. I took a … Read more 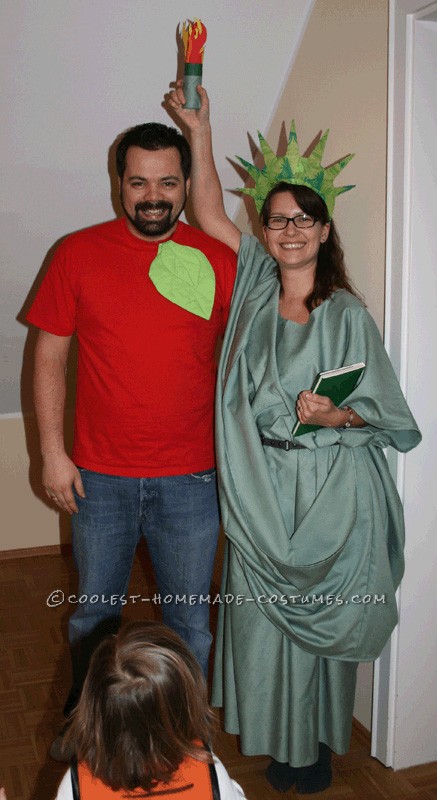 For this year’s family costume party my mother-in-law chose the theme “Famous Couples”. My husband and I didn’t want to choose something boring or obvious like Bonnie & Clyde or Spongebob & Patrick, so we created this Lady Liberty and the Big Apple Couple Costume. I was dressed like the Statue of Liberty and he … Read more 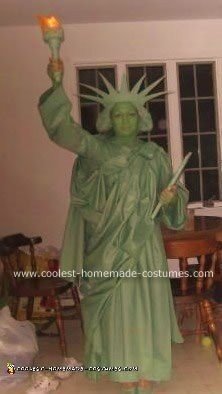 I researched online what exactly she looked like, so that the Statue of Liberty costume would be completely accurate. I found this unique fabric, that had a shimmer to it, at Jo-Anns fabrics. I bought 12 yards of it, made a real long dress and draped the rest of the material around my shoulders. I … Read more 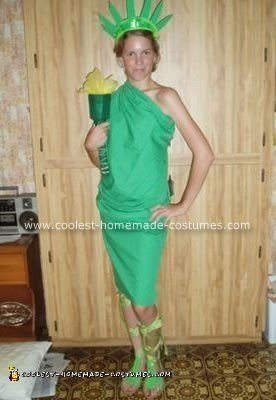 After I was invited to a 4th of July party I immediately thought of wonderful costume designs, this Modern Statue of Liberety Costume I enjoyed the most. I was able to spend less than 25$ on the outfit as a whole and am proud of the fact that all or my materials are from Wal-mart … Read more 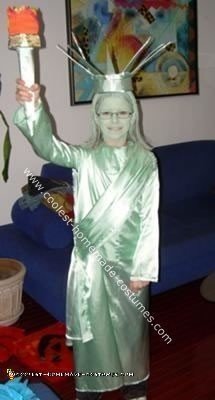 My daughter decided that she would be the ‘Statue of Liberty’ this Halloween. My mom found some shiny, silky, teal green material and bought a few yards. She then sewed it together forming a gown. She added the sash and a piece of Velcro to the back to keep the sash in place. The crown’s … Read more

With the recent passing of the 5th year anniversary of 9/11 we decided that our costume ideas for this year should be a “Tribute to America!” Having recently taken a road trip through some of the great national parks, we decided it would be fun to be different national monuments from around the country. Mt. … Read more