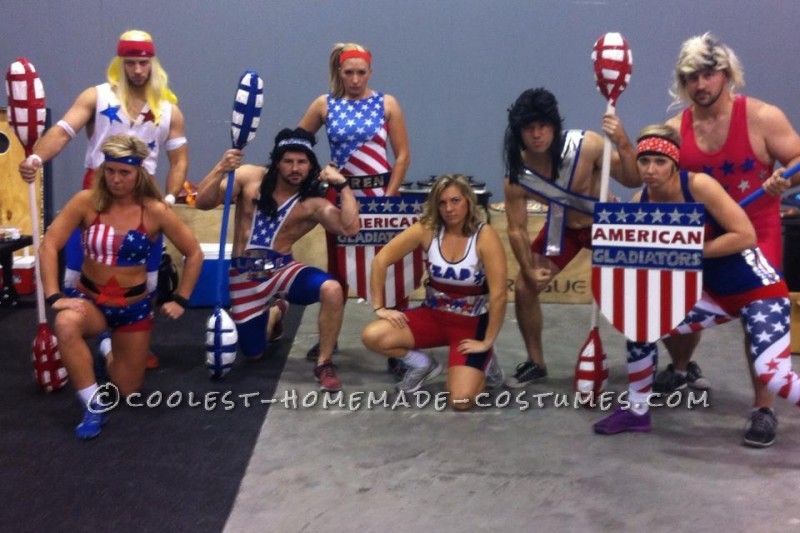 Every year my friends and I try to think of a clever group costume. This year the guys wanted to join in the fun so we thought, wouldn’t being the American Gladiators be fun. I love to put the costumes together with stuff I can find at thrift shops, goodwill, ebay, and my own closet. … Read more 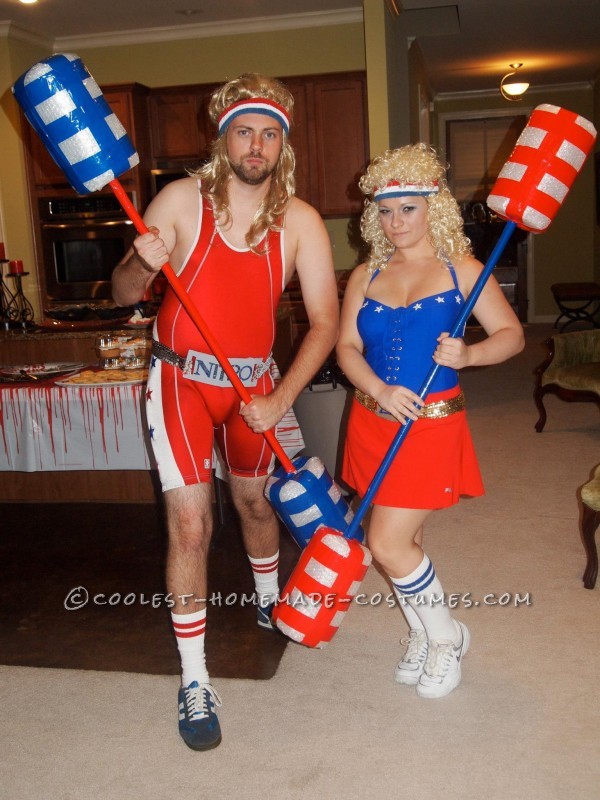 After moving into a new house, my husband and I decided to host a Halloween party. I knew I wanted to do a couple’s costume with my husband, but I also knew that in order to get him to cooperate it had to be really funny. I know that my husband thinks spandex and mullets … Read more 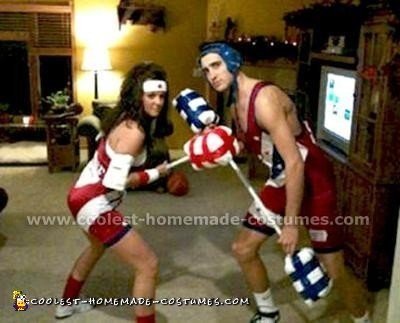 We started making our Homemade American Gladiators Couple Costume with old high school singlets and sewed several red, white and blue stars all over them. We made the jousting sticks with old brooms, towels, and colored duct tape. Instead of wrapping the entire stick, we used the old method and made the square look from … Read more 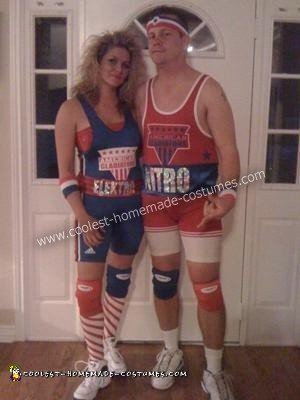 We have had 12 Halloween Costume Parties and it is harder and harder every year to come up with something original! I searched and came up with this American Gladiators Couples Costume idea. For my costume (the girl) one of my friends had dropped off some clothes for my son and accidentally put in her … Read more 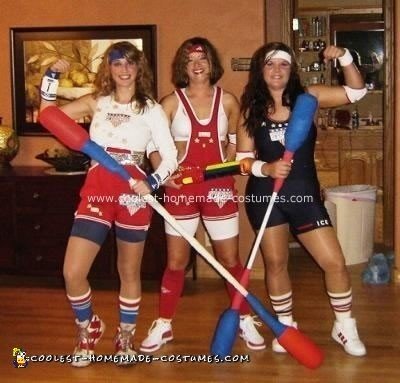