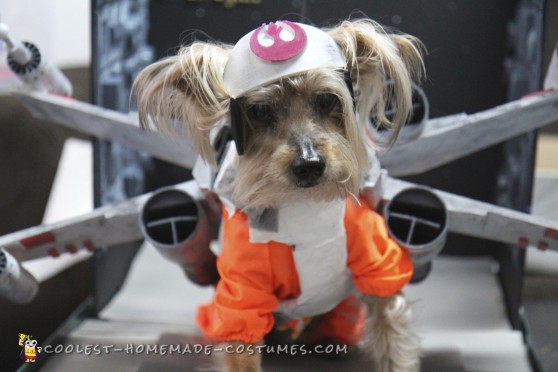 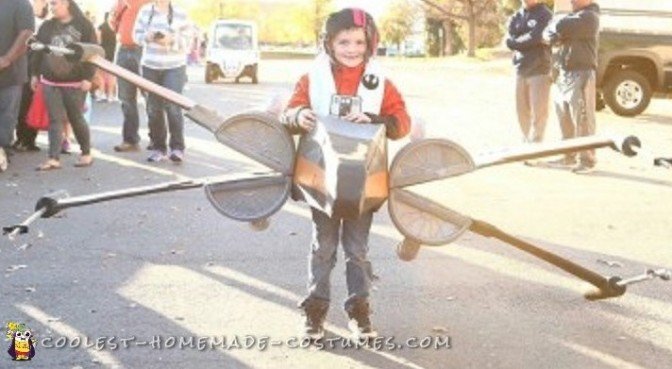 It all started when my son wanted to be Poe Dameron.  Then I got to thinking that it would be cool to have an X-Wing to go with his Poe costume.  That’s about as much thought I gave it, other than mentioning it to my son. Right before Halloween he asked when his X-Wing would … Read more 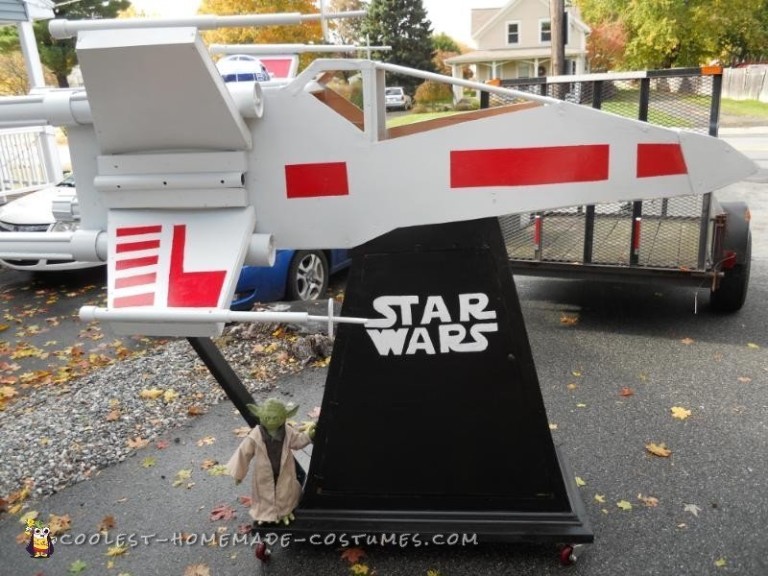 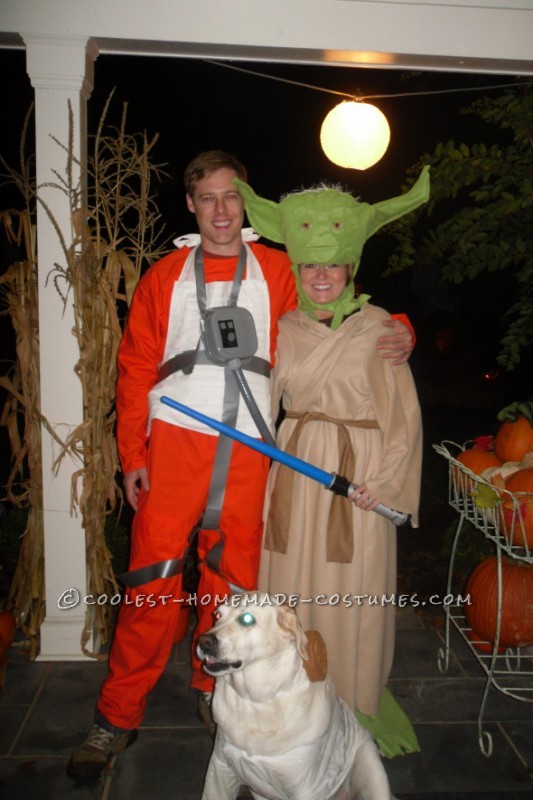 My husband is a HUGE Star wars fan so I allowed him to pick our Halloween costumes this year and low and behold, he chose Star Wars! He wanted to do original Star Wars film characters, and of course he wanted me to be Princess Leia. However, I am pretty ambitious with my Halloween costumes … Read more

SIMPLE! (And we learned only true Star Wars fans understand it!) Neon orange jumpsuit I bought off Ebay I had a white vest from previous years. For the front box- felt went over a grey piece of foam and elastic held it up and around. I could not find thick grey elastic, so I used … Read more 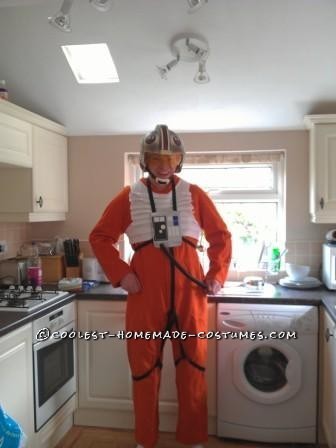 This X-Wing fighter pilot costume is really simple and pretty cheap to make. Firstly I “borrowed” an orange overall/boiler suit from work and some 20mm black webbing, it was on a roll and I used about 4m of it. I also “borrowed” some flexible ribbed pipe about 1m in length. Next I bought two of … Read more 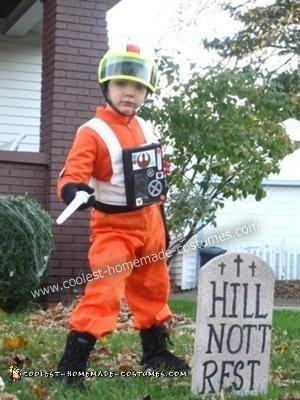 Homemade Luke Skywalker X-Wing Pilot costume… This costume and accessories were all homemade (except light saber). We used bright orange cotton fabric for the suit and a white synthetic fabric for the vest. The helmet was a racecar helmet that we painted and decorated to reflect the X-Wing Pilot’s helmet. Pieces on the helmet were … Read more 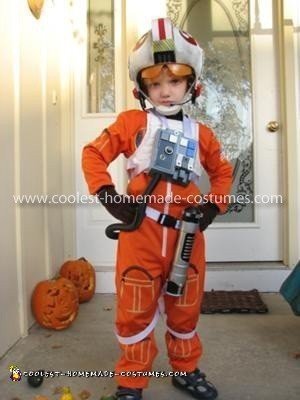 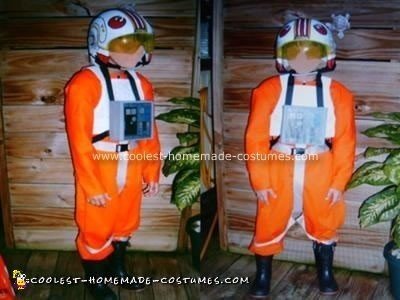 X-Wing Pilot Costume My son decided he wanted to be an X-wing pilot for Halloween, so after looking at multiple Star Wars photos on the internet, here is how I made his costume: I originally planned on using orange sweatpants and sweatshirt, but when I couldn’t find any in orange I decided to make the … Read more