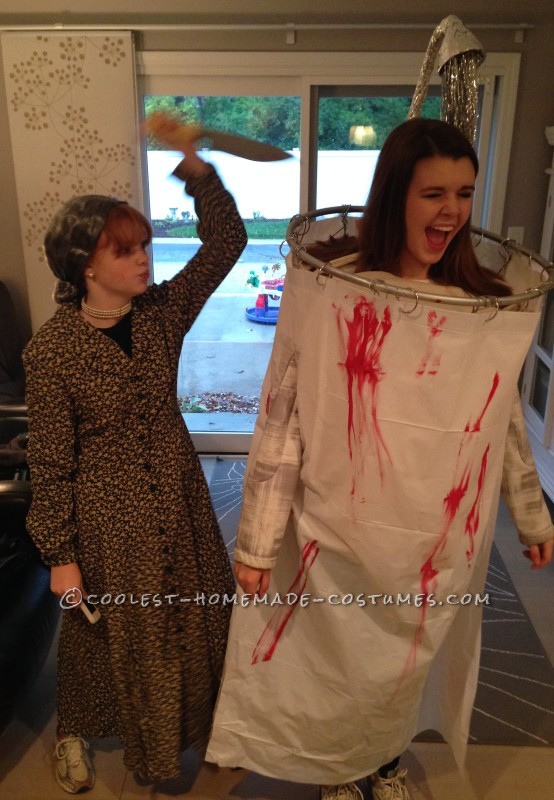 My daughters, Emma (12) and Olivia (14), saw the movie ‘Psycho’ last summer and loved it! So, this Halloween they went as Marion (in the shower) and Norman/Mother. The Norman/Mother was very easy – I lucked out with a great find at Goodwill for the dress, added an old lady wig, some pearl jewelry, and a … Read more 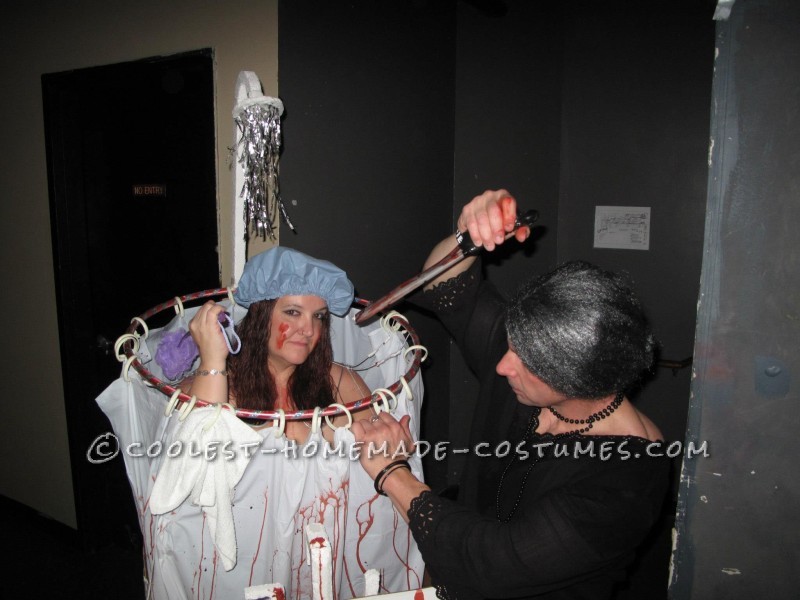 First of all,  let me start by saying that one of the most inspiring, suspenseful, intriguing masterpieces of film was brought to the big screen by legendary film maker Alfred Hitchcock. I’m referring to none other than the thrilling movie, “Psycho”. He brought terror to us by a simple everyday routine, taking a shower. Back then and even today, … Read more 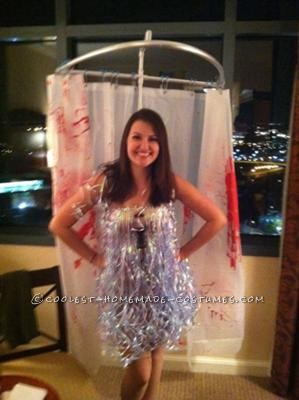 I decided to go wild this year and take on a major project. I made a shower for the costume but went beyond the usual Karate Kid outfit and went with the shower scene from Psycho. Yes, I made a Psycho Shower Costume out of a whole scene. I made the shower itself out of PVC … Read more 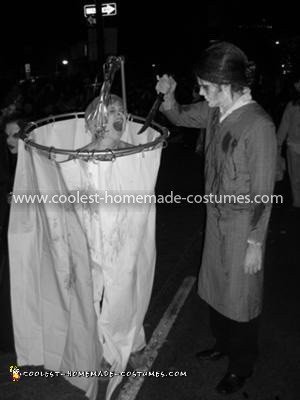 This year we decided to do the Psycho costume from the classic movie with Anthony Perkins! I wanted Kevin to design me a shower to wear with my head still visible, and he would be son dressed as the mother-psycho-killer. We also like the idea to be black and white, so we took a lot … Read more 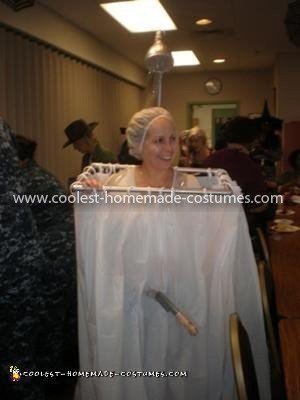