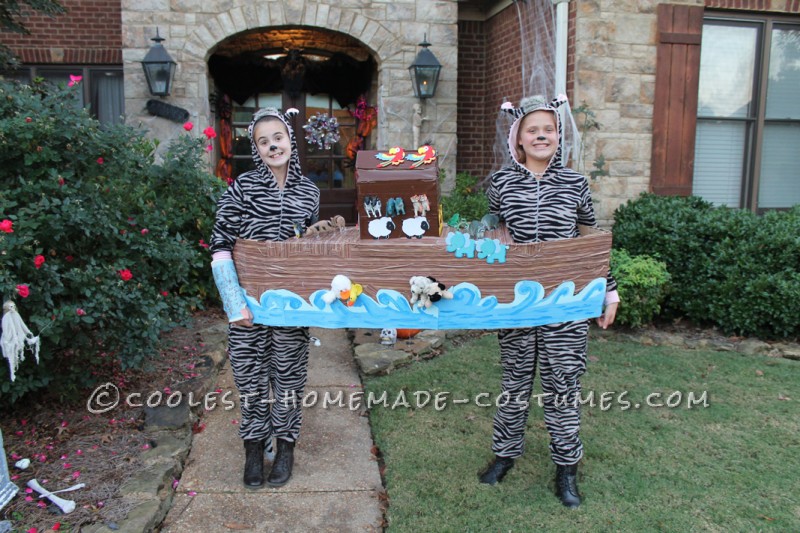 My daughter and her friend bought zebra pajamas at the store.  Then they found out that our church was having a costume contest, but only one person could win, so they decided to make a Noah’s Ark with themselves inside. We took cardboard boxes and shaped them like an ark.  We used a little box … Read more 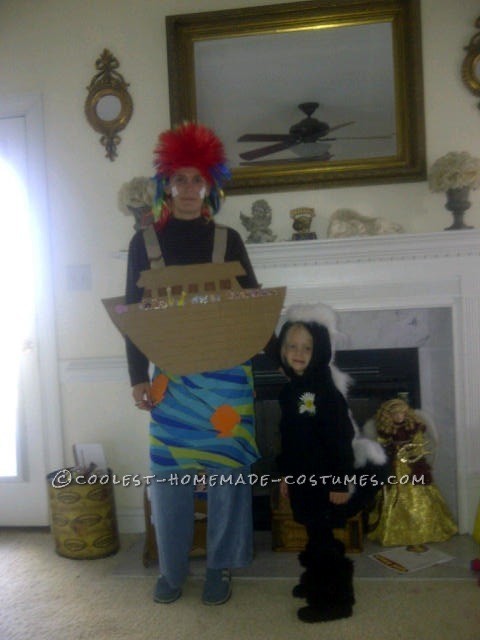 We had a carnival at church this year and I was assigned the Noah’s Ark Station. Of course, a Noah costume was way to boring and common so I thought I would do the Ark itself. I found the perfect skirt for the water at Goodwill and sewed foam fish on it. I made my … Read more 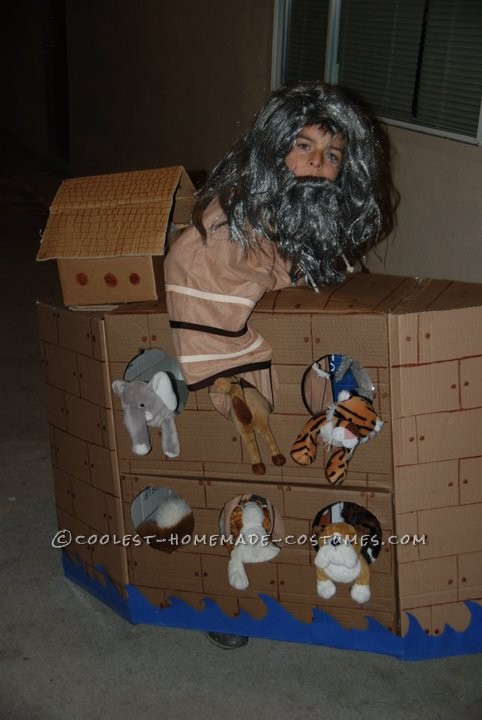 My eight year old son wanted a home made costume, he was tired of the same old Ninja and Star Wars costumes. He asked if he could be a Bible character and I was so proud. We decided Noah and his amazing Ark would be perfect, and my wheels started turning. I took two boxes … Read more 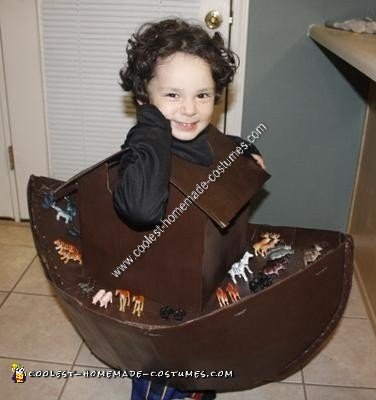 Coolest Homemade Noah’s Ark Halloween Costume: Body: 100% cardboard w/ some twine to bind it together, and some paint; also, superglue to hold animals on (all animals are small toys each coupled, and 1 Noah-also a toy). Step 1, The Sides: The Two Sides are cut single ply in a half-moon like shape and sewn … Read more 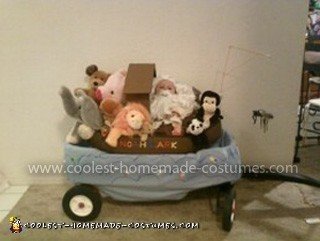 I started this Homemade Noah’s Ark Baby Costume with a laundry basket and hot glued foam board to the sides to form a boat shape. Then I wrapped painters plastic around the basket and duck taped the plastic to the inside of the basket. I bought paper mache rolls and rolled it around the basket … Read more