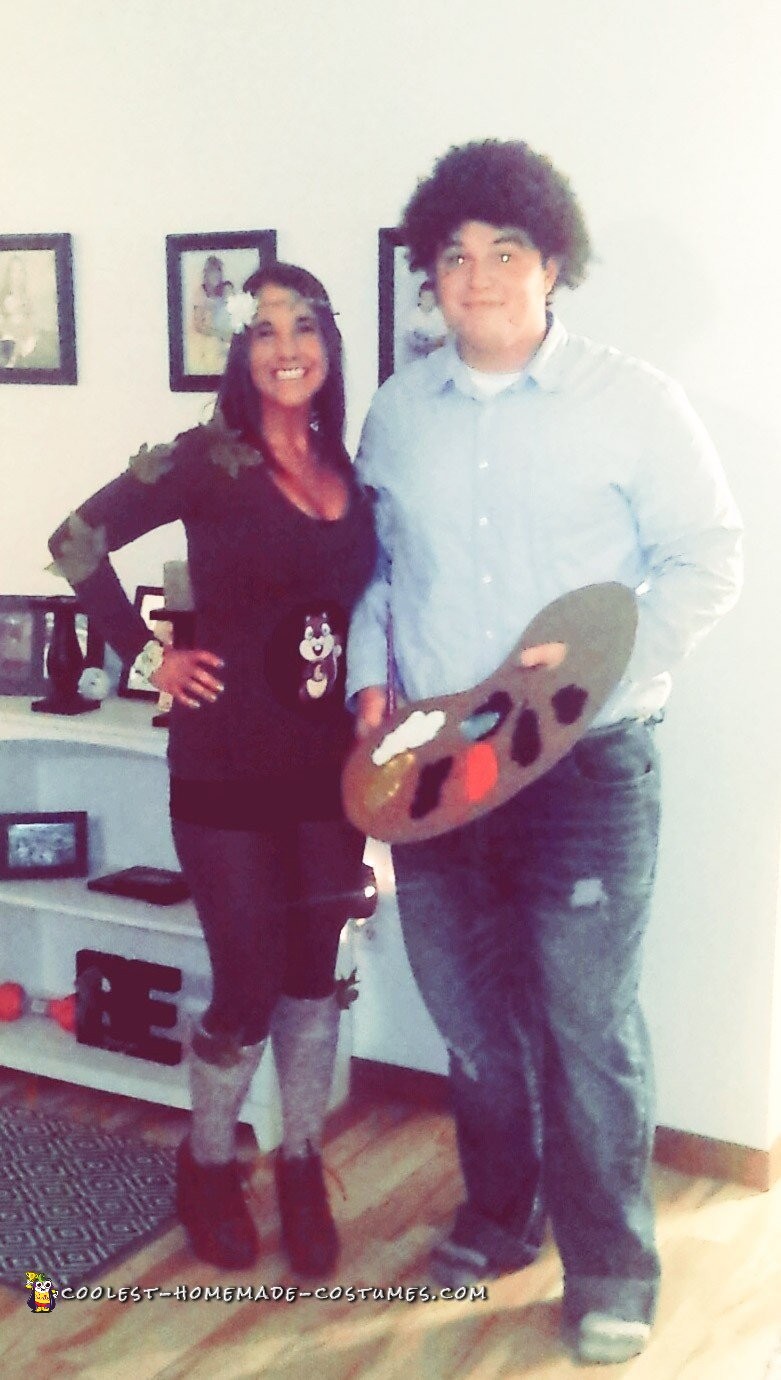 Growing up as a kid I always enjoyed watching Bob Ross and his inspiring one liners. My friend and I were trying to come up with a couple costume that was very original and would make people laugh, and what better than a happy tree. I tried to make it different hense the squirrel on … Read more 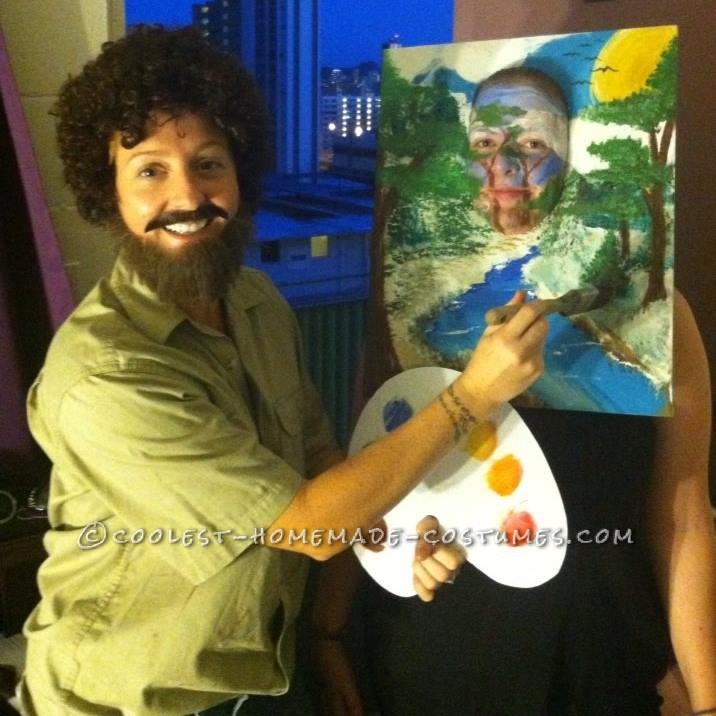 For starters, who doesn’t love Bob Ross? Everyone across multiple generations loves Bob Ross. He brought laughter and warmth into homes around the country and taught many how to paint happy trees. The idea came to me after seeing someone dressed up as a Picasso painting on a canvas last year. I naturally tried to … Read more 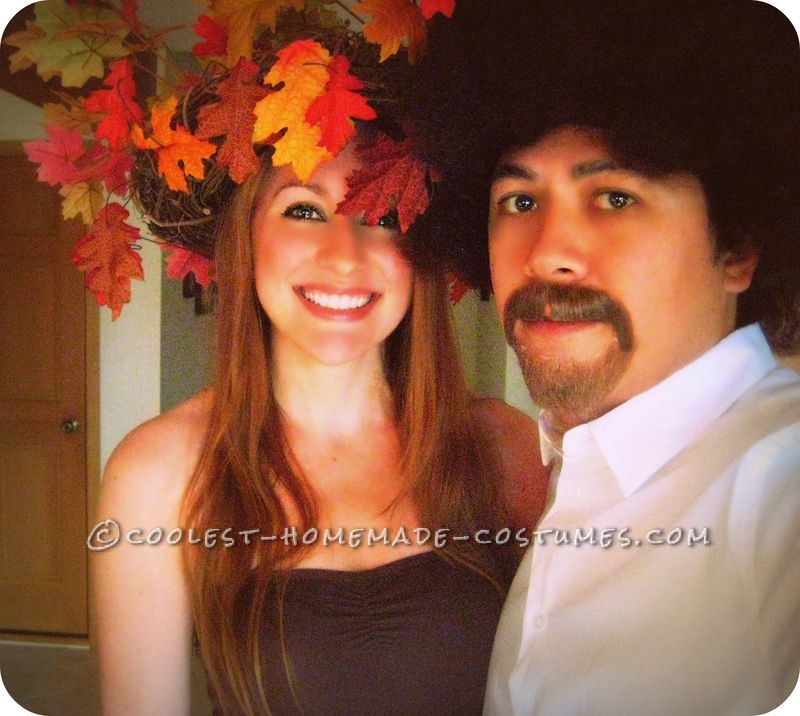 My boyfriend, now husband, went as Bob Ross and he painted me into a Happy Little Tree. We both had fond memories of watching Bob Ross as a child. Classic television right there. I remember being glued to the telly, inspired by his genius uses of burnt sienna, titanium white, and yellow ochre. My folks … Read more 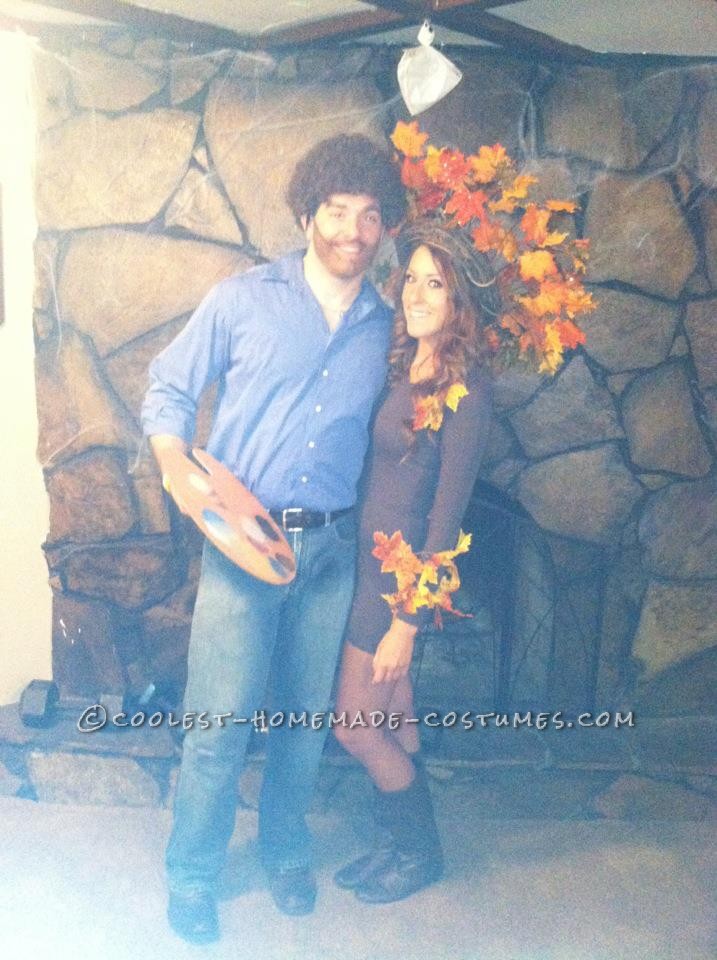 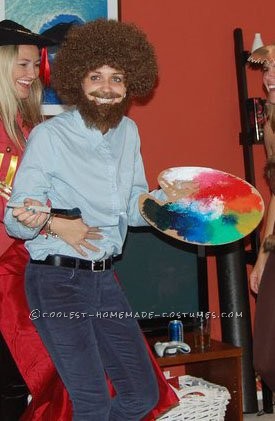 For Halloween two years ago I was Bob Ross! I bought an afro wig, mustache, beard, pallet and paints (which I applied as you would see on a real pallet). Then I simply went to the Goodwill, bought the outfit I saw him most commonly wearing and then put it all together. The best part … Read more 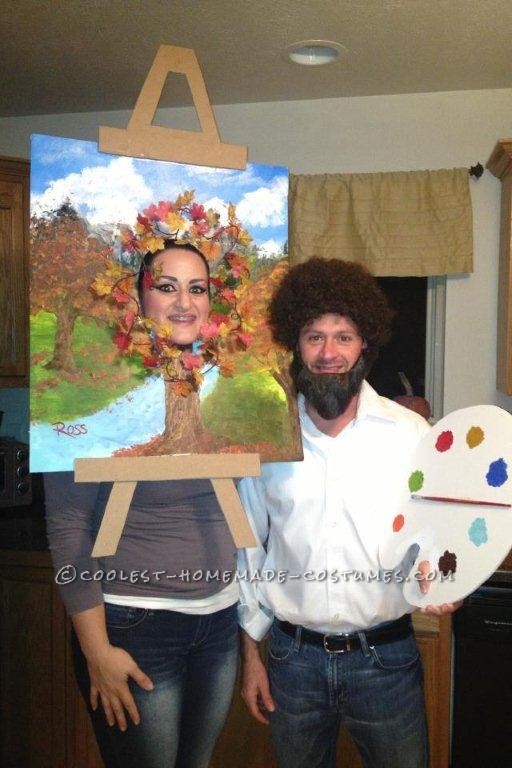 If you’re in your 30’s or 40’s, who didn’t grow up watching Bob Ross?!   I loved his voice, cheer and who didn’t wait in suspense watching Bob put a happy tree dead center of a landscape!!  He inspired me to tap into my artistic side as a youngster and also in college to pursue a … Read more 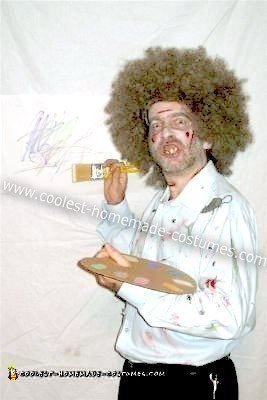 This Homemade Zombie Bob Ross Costume was for my husband and was very simple to put together. I just bought the right colored shirt and pants at the second hand store. I hacked it up with a steak knife, added some fake blood, and dirt stains using eye shadow and make up. The flash washed … Read more 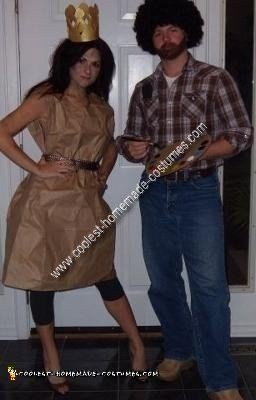 Bob Ross, he was this oil painter who used to do a television show in the 70’s and 80’s in which he would paint these wicked scenery pics in a half an hour. He would say weird things like “this little rock wants to live by this river” it’s pretty funny. To create this Bob … Read more