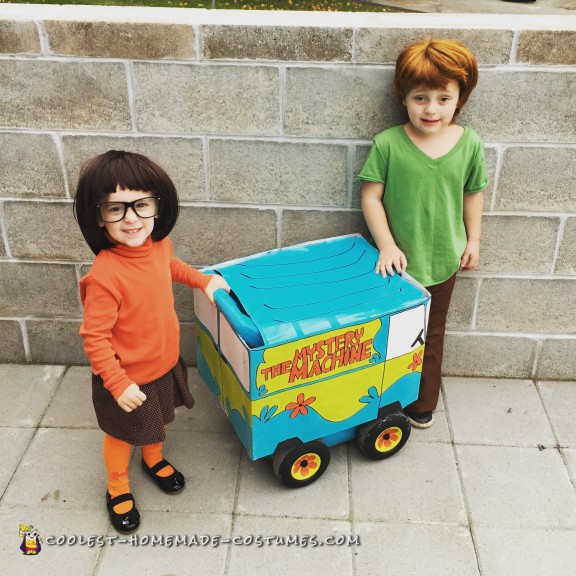 My kids wantsd to be shaggy and Velma for Halloween so I said ok, if that’s what you want to be. I looked at what shaggy wears and I thought ok maybe with Velma at his side people will know who they are. I bought all the clothes and wigs online, searching for days to find everything, except I made shaggy’s pant (just thought it would be easier) then I thought it would be awesome to have the mystery machine then no one can mistake who they are, since they didn’t want to be Scooby Doo (my son was 2 years ago, yes he loves Scooby Doo) so I was looking in the back yard and saw their little shopping cart and said I’ll just make that into the  mystery machine!

I thought about it and decided I would just buy some poster board and draw it then paint it and tape it on to the sides, the. I realized it needed to be a little stronger so I put in on card board then used hot glue to glue it to the cart. I thought that it would be a good idea because then they could use the cart part to keep their candy since they would be pushing the cart, so I decided to make a roof and then put a hole in the top so it stilled looked like a roof but they could still keep their candy somewhere.

Then after I put it all together I saw that it didn’t look quite right, they cart I used was red so you could still see red and that didn’t match the mystery machine! So I thought I’ll just paint it all the same color and the mystery machine so it all matches. Seems easy, wrong! I started painting it and realized you could still see the red then I thought ok, I’ll just have to do 2 coats.

After the first coat of paint dried, I added the second cost, same thing, I did this 4 times! And it wasn’t drying fast so I ended up getting a hair dryer to dry all the paint so I could keep adding layers, this still took a while. I thought it would be quick and ended up staying awake until 3am painting (things we do for our children). And then it was finished. I also ended up taking Scooby Doo to the front on it so make it even better! 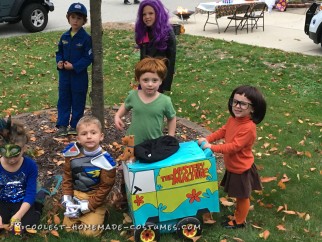 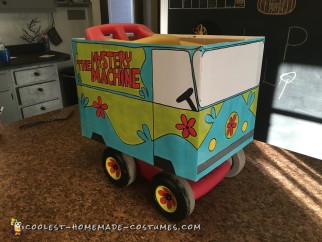 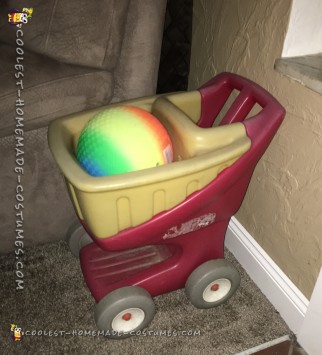 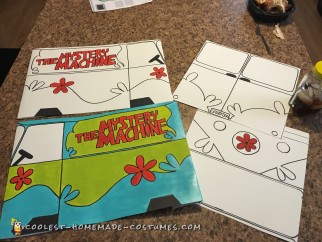 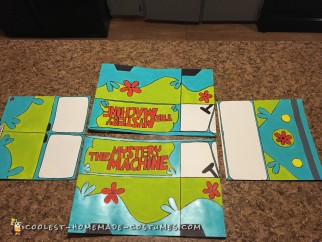 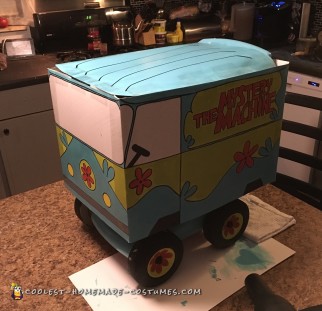 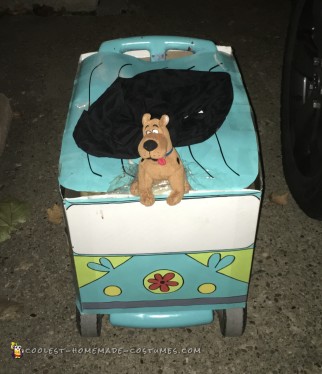