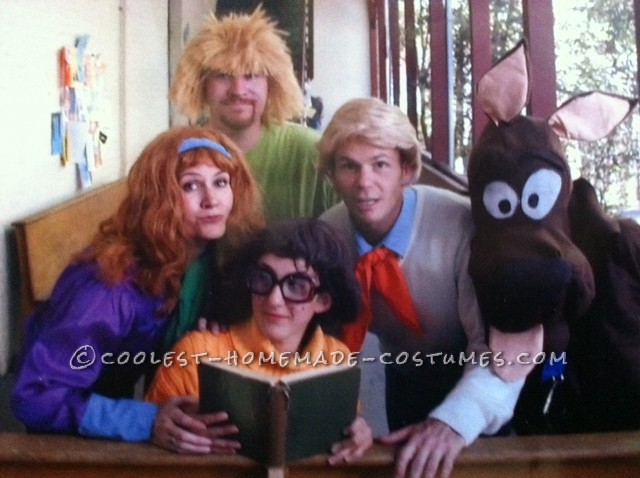 It started with ideas for a group costume idea for Halloween. It was my niece who was hugging her Scooby Doo doll that sparked the interest! but how??!! I figured that it would be easy to make the people. Several trips to Goodwill and a photo of the ‘Mystery’ solvers. I am a stickler for detail: if we were not going to look exactly like the characters, I wasn’t going to do it!! We got it all assembled and we were going to take the Scooby Doll along with us, then…our ‘Daphne’s’ husband decided that he wanted to come along too! and, he had a van that we could dress up as the mystery machine! We had to find another costume. We thought about making a villain, but it was obvious that we had to make the Scooby Costume.

This was a challenge. Started with foam pieces and molded into the shape of the head. Then covered with fabric added detail and it started to look pretty good! For the body, I just found a large costume at Goodwill, tore it apart, and used it as the pattern for Scooby’s! Turned out great! We took first prize at two different places that night in Idaho, had to do the ‘pose’ for people every time we got out of the van.

We were even asked to perform in the fourth of July parade that summer! We made fake instruments and lip-synced to the Archies ‘Scooby Doo’!! How appropriate! 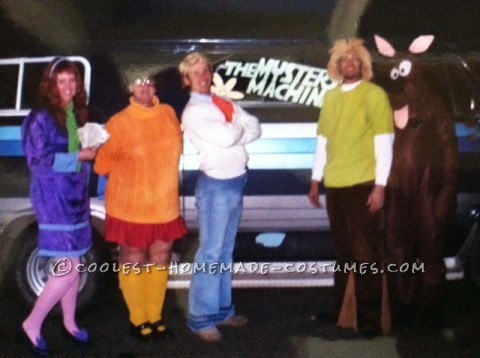 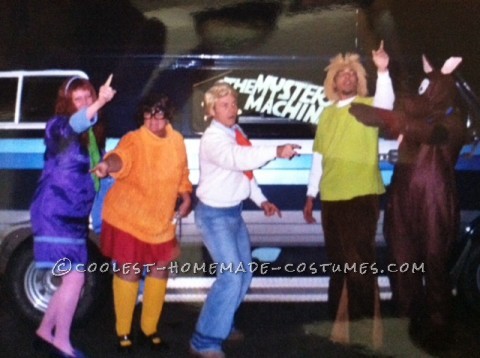 Scooby and the Gang Family Costume