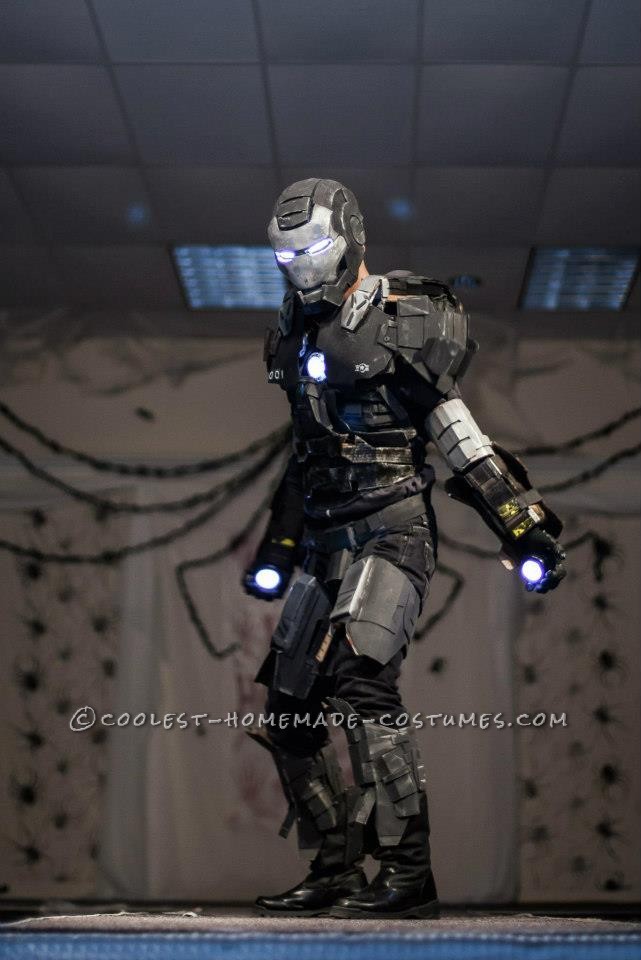 This Ironman costume has come a long way and was made before the first movie came out. As each movie was released, the costume went into stages of armor evolution and transforming it into this unique design of Warmachine. This costume is purely made from cardboard and we were just really inspired by the movie that we had to make one. Also, we wanted to express that you can do a lot of things with cardboard and this is one way to make use of it. We also believe that cardboard is the most cheapest and the easiest material to work with. The helmet took the longest and was the most hardest to do because of the geometry of it. We did many attempts and failed by just doing it by references from pictures and screenshots from the movies so the only way we were able to accomplish this was to do it in a program called pepakura which is a fancy software that uses blueprints to print out and fold it in a origami fashion. It was frustrating trying to put it together and we almost gave up and closed the book. However, we had to keep motivating ourselves to finish it. After the helmet was constructed we did a little of electrical engineering for the lights for the eyes to work but hooking up 6 white LEDs and soldering them in a parallel connection. Furthermore, we left a good gap so our eyes can see through them. This is a challenge that all ironman costume makers face. The rest of the armor was easily made by eye-balling it to pictures without any blueprints. Cutting carboard pieces out and gluing them together with hot glue. Even though its not 100% acurrate to the movie, it is a pretty good version of Warmachine and it is not like people have a perfect picture how warmachine really looks like. We had so much fun going to movie premiers, contests, and conventions. The attention we get with this costume is phenomenal and we felt like movie stars that just came out of the set. Hard work always pays off and it is a whole lot better than buying a costume from your local Party City or costume store. Plus, we learn alot of new things when creating this costume such as spray painting, weathering it to make it look the part, fiberglass, body-filling, and just about anything simular to working in a car repair paint shop. 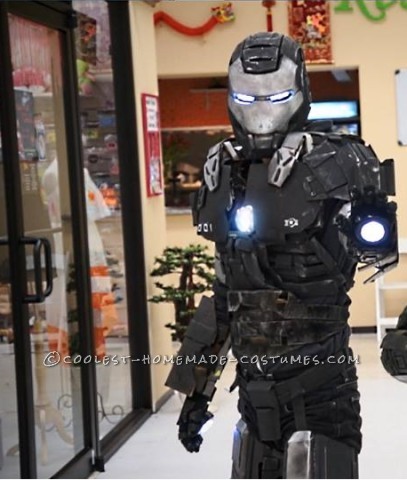 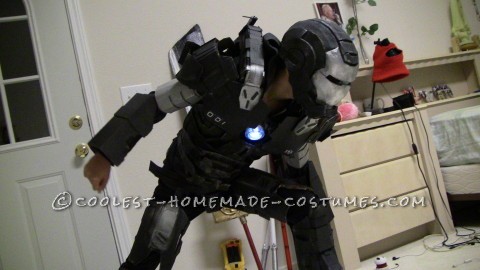 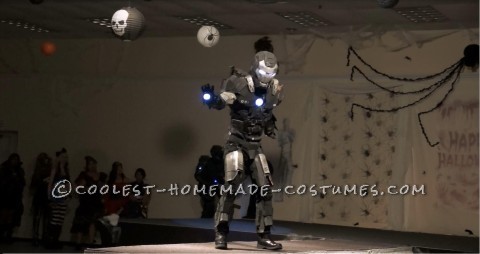 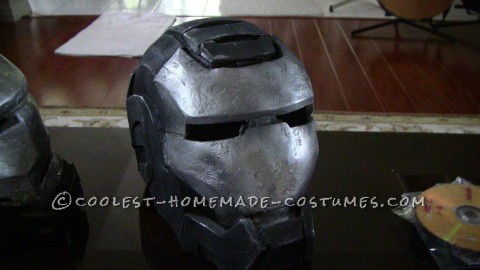 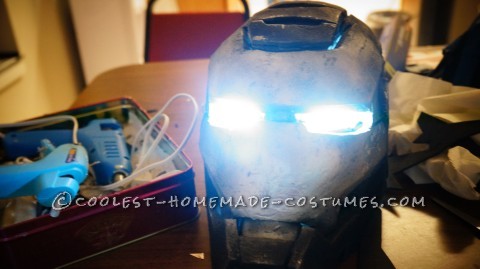 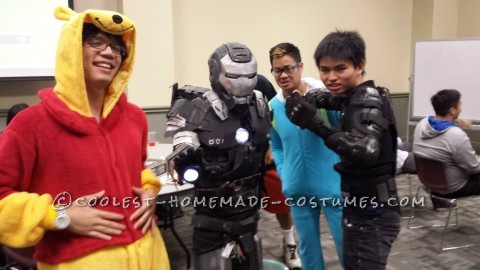