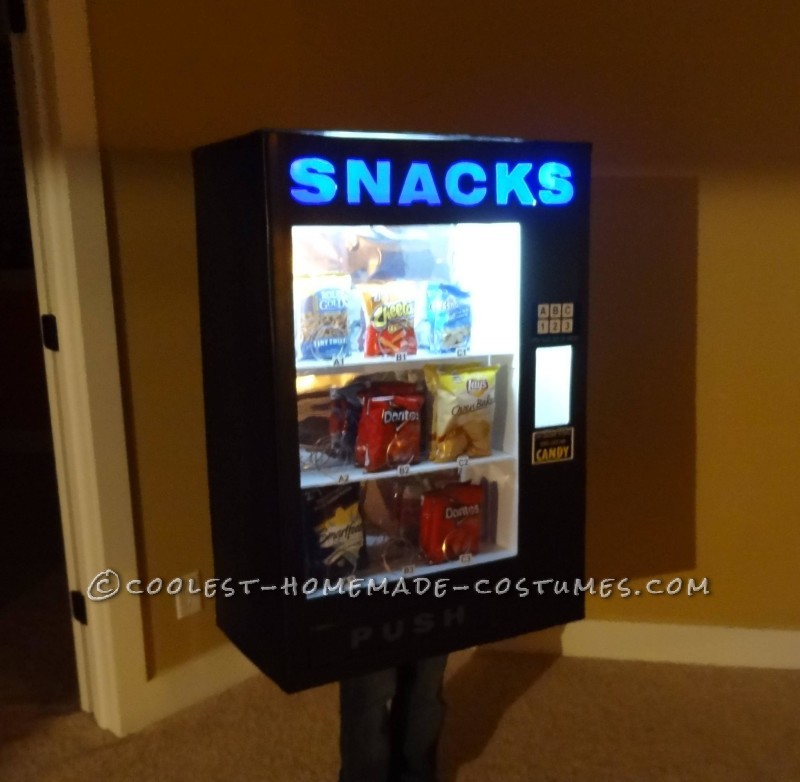 Every year my son likes to pick a unique object to be for Halloween. Last year he was a mailbox.  In prior years he has been items such as a stoplight, recycling bin and traffic cone.  This year he wanted to be a vending machine.  A lot of times when we go trick or treating we see dozens of the same costumes out there.  My son always wants to try to be something different than everyone else.

The front has a plastic/plexiglass sheet so that kids don’t run up to him and steal the chips ;) The slot on the right is the candy deposit slot, so the candy goes down a chute into the “push” bin section at the bottom. The inside of it has a piece of mirror film on the back of the chip area, so that he can see out, but people can’t see him. And the thing lights up too, which is probably a good idea as it’s just a black box from the back.

It’s mostly constructed from foam board (as I find that easier to cut than cardboard) and it only weighs about 5 pounds.  It’s suspended on his shoulders from a bungie cord harness on the inside and there are handles inside so he can move it around easier.  It didn’t really cost too much to make either.  Four sheets of foam board at $5 each, some duct tape, gorilla glue, and the mirror film, which was under $10.  I had the paint, tap lights and spare cardboard laying around.  Had to buy the chips obviously too ;)

So far, reaction to it has been great on the internet.

Can’t wait to take it out trick or treating on Halloween! 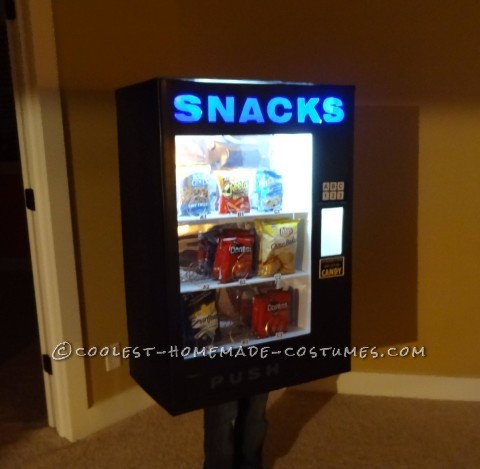 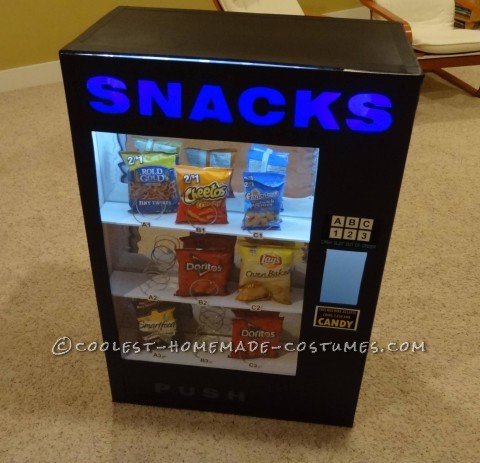