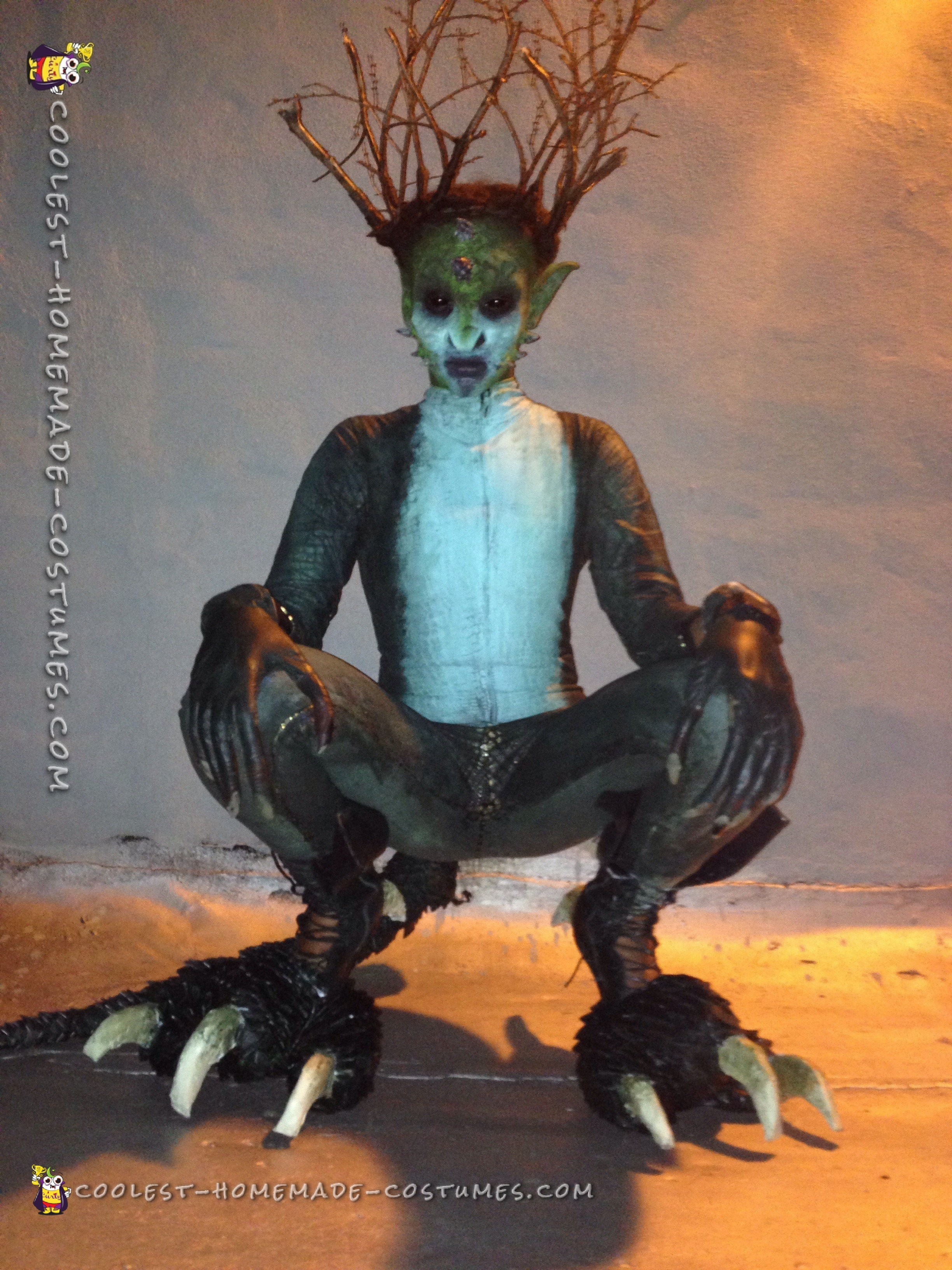 So I never wanted to be something normal and boring so I decided to make my costume that way it’ll be original. I wanted to be a reptile but I wanted to be an alien too because you can make up anything when being a alien. I started watching horror movies and collecting ideas from them. I wanted to still look like a female so I didn’t make it too horrifying. I started off making scales with duct tape. Most of this costume is duct tape!

Then I bought a regular latex suit and painted it with acrylic paint. I bought the paint online for cheap. I put two coats of that. Then I made the feet with wedge shoes. The wedges I hit glued the duct tape scales on first then I painted them. The tail I made with a foam noodle carved it and then hot glued the scales.

The hands are rubber gloves with acrylic paint over them and finger extensions. I made the crown with branches and hot glue and infused that with my hair so it can be sturdy and natural.

My face consist of a lot of latex products and makeup blends. I’m wearing contacts to boost the dramatic effect. And yeah that’s how you make your costume on a budget and original!

The reactions I received were priceless. I had children offering me candy just to take a photo with me. Of course I declined and just took the photo! All the time and effort and hot glue gun burns paid off from the reactions I received. I almost gave up this was my first time creating a costume and it was confusing when you have an idea in your head but I doesn’t come out as you thought it would. I hope you enjoy my costume if you have any questions feel free to ask. 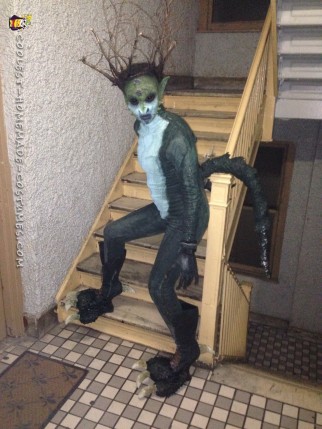 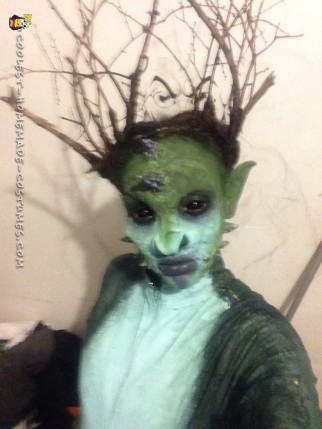