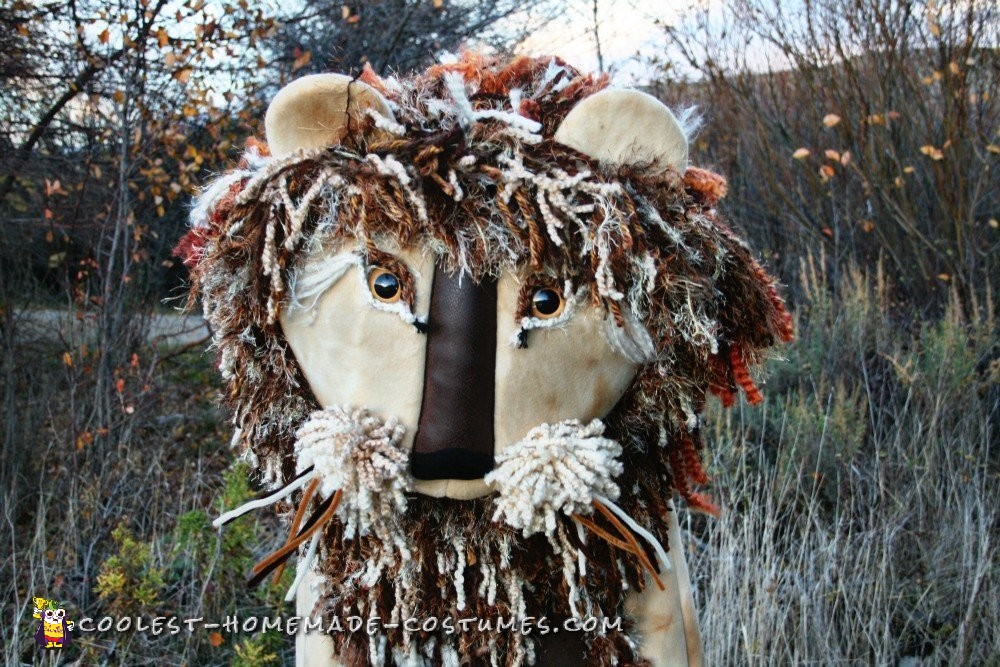 This is my twelve year-old girl dressed in her autumn yarn homemade lion costume. She wanted to be a cute lion instead of a realistic fur lion.

This costume took about a week to make. It kept my daughter warm and toasty on a cold Halloween night. When kids stopped and looked, she would roar. She had a lot of fun trick or treating.

People gathered around their front doors to see her and sometimes took her pictures. She also took first place in a costume contest. 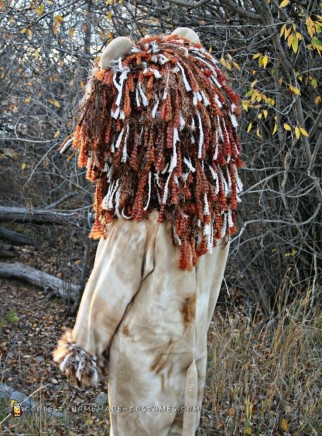 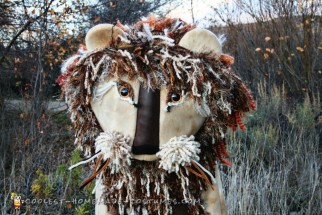 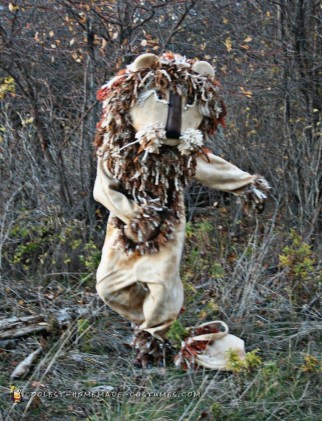