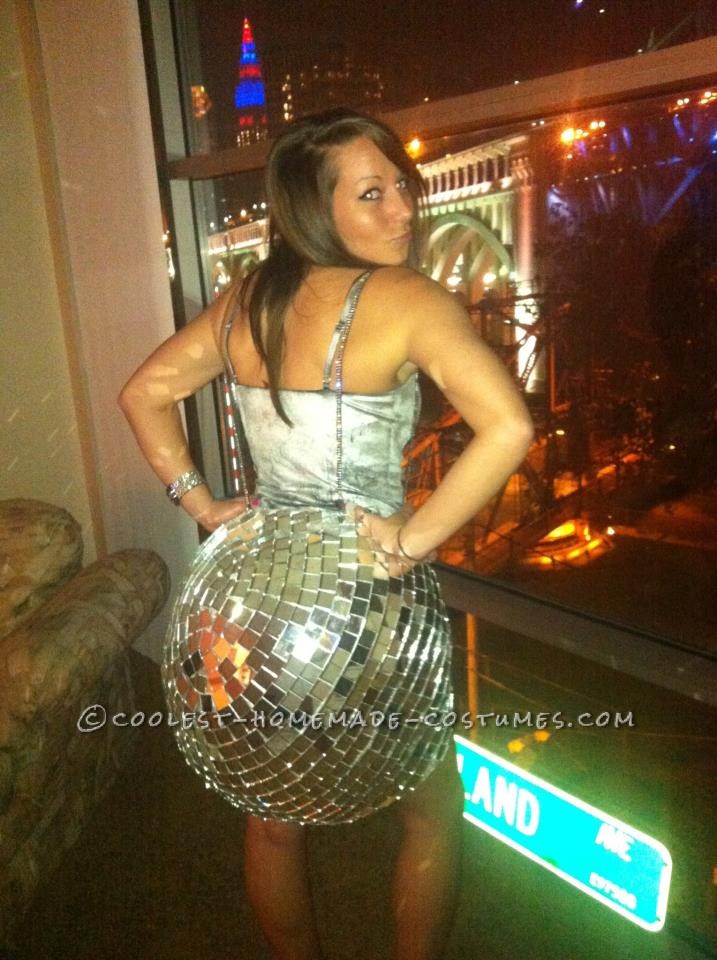 I wanted to do a really unique couple’s costume this year.  Being the crazy planner that I am, I started early.  I came across the idea of creating a disco ball costume while at a dance party in August.  With a love for all things shiny, it was decided.  I was going to create a disco ball costume and my boyfriend would be John Travolta from Saturday Night Fever.

I used chicken fence as the base for the disco ball.  After getting the shape I wanted, I started to cover the entire thing in Rigid Wrap.  Once  it was dry, I covered the entire ball surface with 1″ by 1″ square mirror tiles I ordered off a website in California.  All in all, it took 817 of those little squares to cover the whole ball.  I had to put gem suspenders (that I made from lanyards I found at the craft store) on it to help take some of the 25 pounds that it weighed off my hips.

In the end the costume was a HUGE success!  Everyone out really enjoyed the concept, and best of all, I lit up the room. 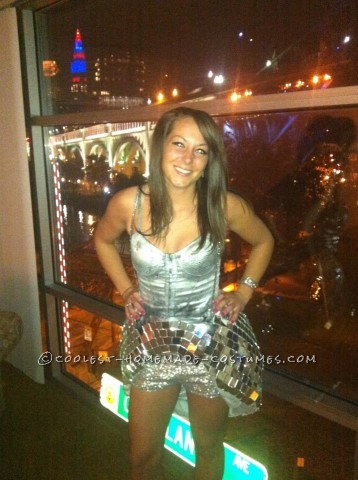