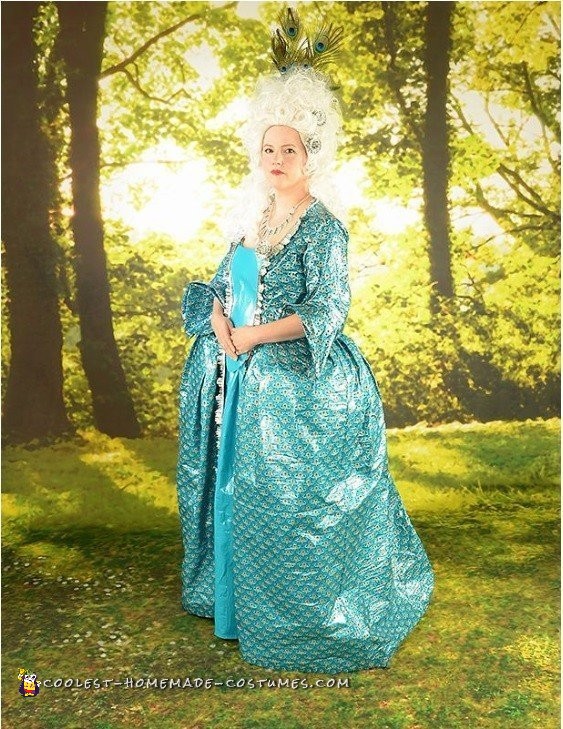 My grandmother taught me the basics of sewing when I was a kid, and it’s been a hobby ever since. I’ve never been trained formally; it’s strictly a love of creating that drives me, specifically things that can’t be found in stores like vintage styles and big period pieces. I’ve been wanting to make a dress in this “Marie Antoinette” style for years, but never could justify to myself the time spent, nor did I really have the confidence that I could pull it off. Then came the whole duct tape dress craze, which has fascinated me from the beginning. I figured that, if I put these two ideas together and the results weren’t perfect, well I could blame the material.

Fortunately for me I think it came together very well. As you can see, it’s quite the elaborate affair. I bought a basic wig and took it apart and rebuilt it to add height (I used tissue paper at the crown and then glued the hair I’d removed back on to that) and then added touches like peacock feathers and duct tape roses.

For the dress, I used the zip ties for the boning and the pannier cage, and I adhered the duct tape to a muslin backing and used a simplicity pattern to create the basic shape. There are actually two layers of dress: the lining layer and underskirt, and the outer layer and top skirt. In order to avoid seaming and create the illusion of an unending pattern, I carefully lined up the edges of the tape. I also used a bit of hot glue to reinforce some spots and to hold on the rose and keep the “lace” from rolling over.

Altogether, the project took about ten weekends, 24 rolls of duct tape, and cost about $200, but it was totally worth it. I entered it into the State Fair competition under the “Anything Goes” category and won. I even went to the fair for an hour and watched people oooh and ahhh over it as my mom and Aunt pointed out to visitors that it was made out of duct tape (they wouldn’t put up a sign to say so, and people couldn’t tell).

It was about the best hour I’ve spent in years, but then, when I put it on and did the whole hair and makeup thing and walked through downtown, I had an even better time. It was such a treat to have people stop me on the street and ask to have their picture taken with me. When one gentleman came up to me and said “Oh my God, It’s the dress from the State Fair!” it just about made my life! I can’t wait to come up with next year’s creation! 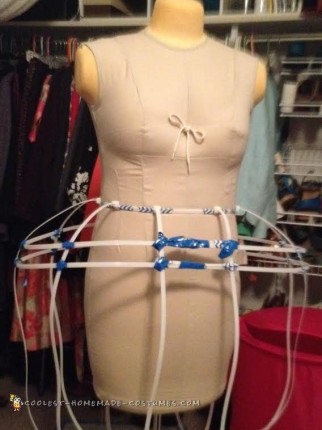 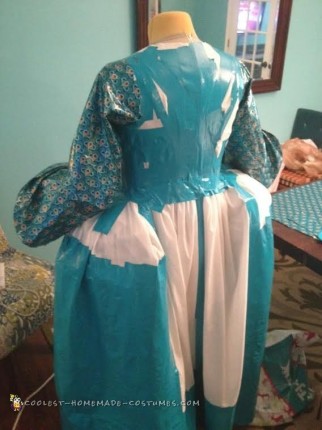 Historical Marie of the Bastille Costume