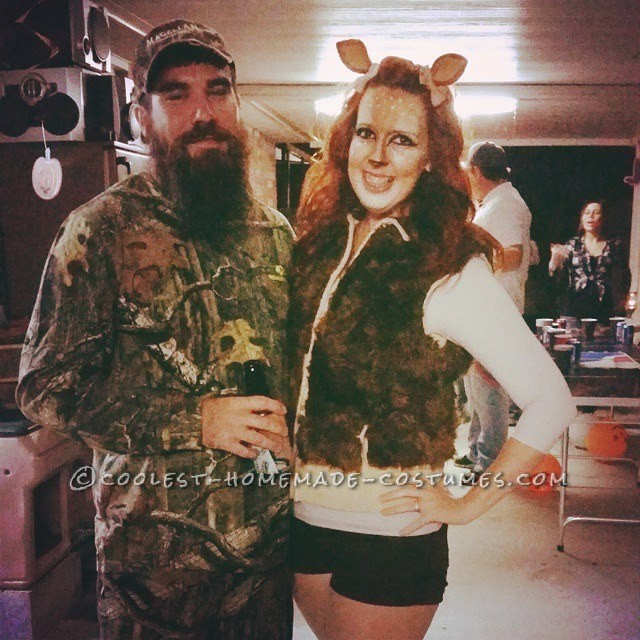 For my husband, it was pretty easy. He has been growing his beard out since July of last year. It was actually his idea to be Duck Dynasty for Halloween. So we just bought him some camo and that was that. My doe costume was a bit more tedious and time consuming to make.

I started off with my fur vest. I didn’t have time to order one online and I couldn’t find any in a store, so I decided to make it. I went to my local Hobby Lobby store to buy some fur fabric and they did not have any. I then got the idea to look at my local thrift store. They also did not have anything I was looking for. Then I spotted a very furry puppy dog stuffed animal. I bought that along with just a regular tan vest.

Next, I moved on to making my ears. I took some tan and brown felt and cut them into an ear shape. Then I cut the tan felt a tad bit smaller and hot glued it to the brown felt. I pinched the bottoms and hot glued them together to make a curved effect.

Finally I glued both ears to a brown headband. For my tail, I took the brown felt that I had left over and cut the same shape as the ears but a little bigger and took some white fur fabric and cut that into the same shape. I hot glued them together and bam, I had a doe tail.

I pieced everything together with some brown shorts, brown boots, and a white shirt.

My makeup was the fun part. I just put a ton of bronzer on my forehead and on the outside of my nose, white above and below my eyebrows, white on my chin, and white under my eyes. I also put black on my nose to give it the doe nose effect and black eyeliner for the winged effect. I then took white and made little dots along my forehead and on my cheeks.

Lastly I curled my hair and teased the crap out of it. The final outcome of my costume was amazing if I do say so myself! 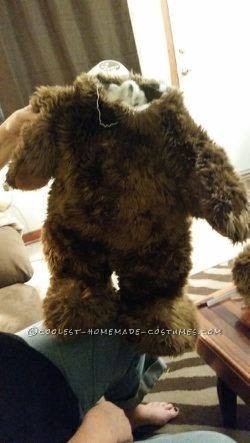 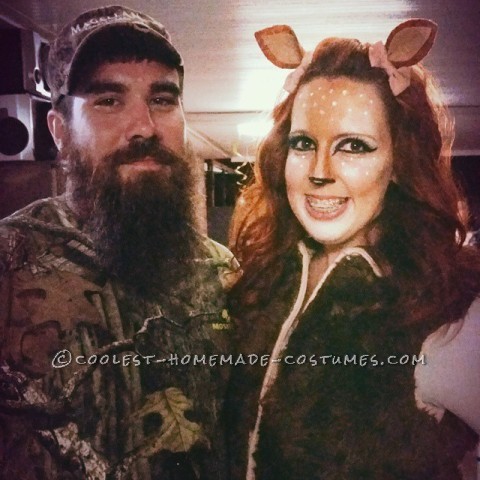