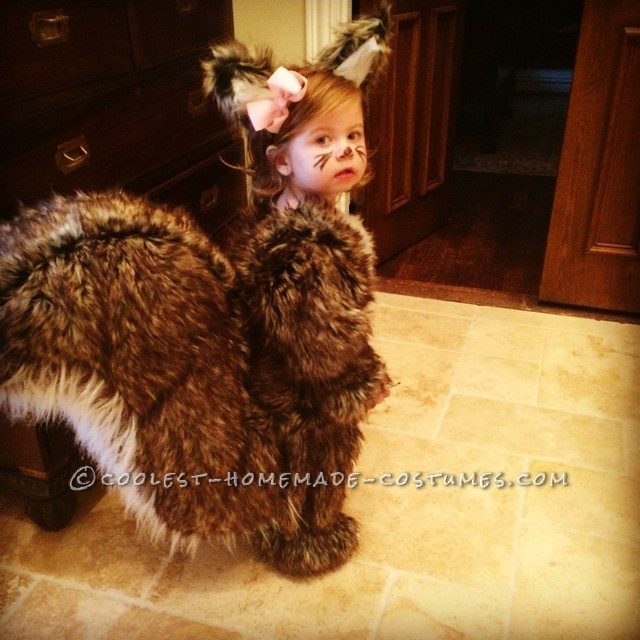 After much deliberation on what my nearly two year old daughter would be for Halloween we settled last minute on the idea of a “squirrel” since that is what I went as around her age for Halloween. Now, I love crafting and sewing but I am an expert by no means.

I went to the fabric store and bought furry fabric in white and a mottled brown color hoping the color would be close enough to squirrel-colored. Just getting the fabric cut there left a huge fur mess all over the counter and the poor woman cutting it. I knew I was in for a mess once we got home. I am not a big fan of patterns and typically just wing it when it comes to sewing projects. This has left me with many close to finished projects that I just scrap because it isn’t working. However, I carried on knowing failure was not an option since Halloween was only a few days away.

I began cutting pieces and trying to measure my ever squirming toddler. My upstairs game room which doubles as my sewing room looked like 50 squirrels had spontaneously exploded up there, fur was everywhere. And I literally mean EVERYWHERE. Perhaps the worst part of this costume was the fact I found out what it felt like to cough up a hairball. But with some perseverance and surely a blessing from the sewing gods the costume came together. I prayed it would hold up to my wild child running about in it, but told myself, if it fell apart we could just tell people she was a “zombie squirrel”.

Fortunately, not only did it hold up all night, it was a HUGE hit. I knew it was a success when I noticed we had a crowd forming and random people were taking pictures. As we walked around in our neighborhood people kept approaching us, asking where we had bought it, and several people exclaimed “THATS the squirrel we keep hearing about”. Another man told us we were the “talk of the neighborhood”. Now I have had over 20 people ask to commission one for their child! I couldn’t believe the amount of attention it got and how much my daughter actually loved to wear it, even though the tail was as big as she was. To top it off my husband and i wore “Harpers Pest Control” shirts to let everyone know we were there to manage the little squirrel. 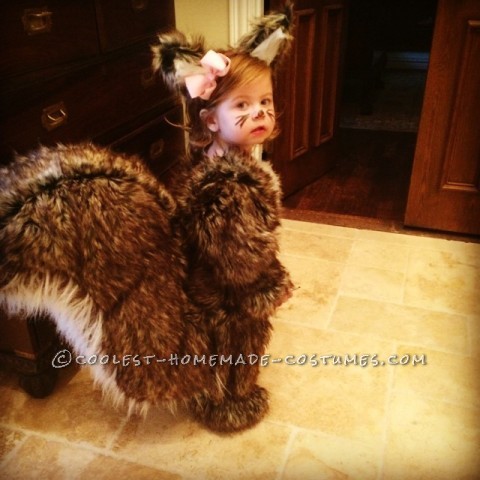 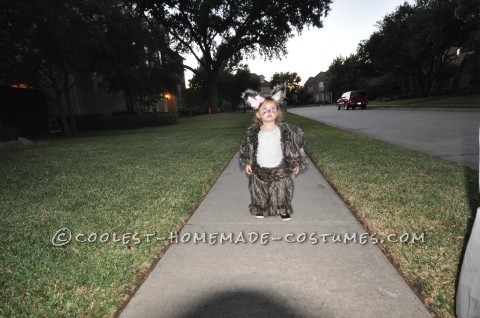 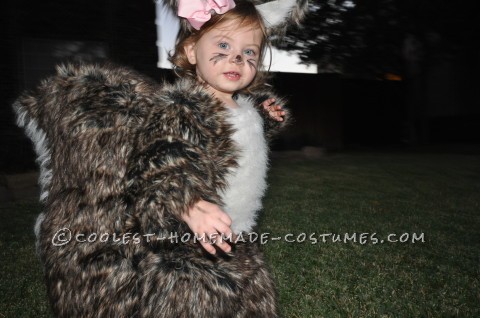 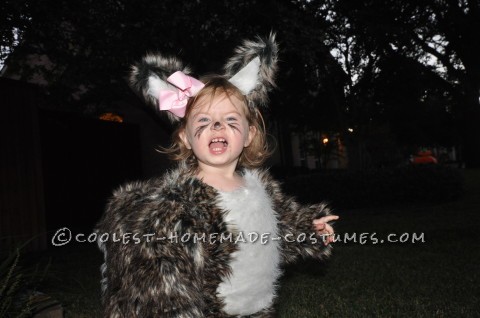 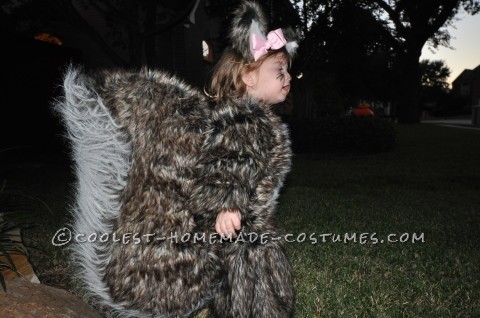 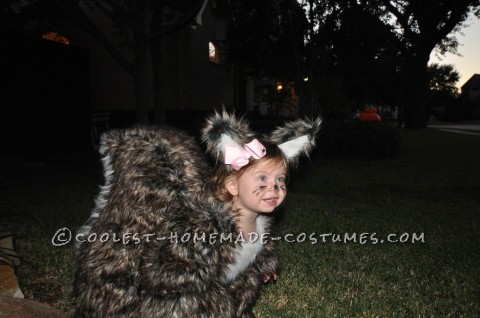 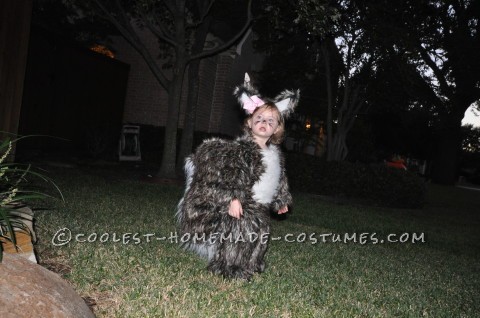 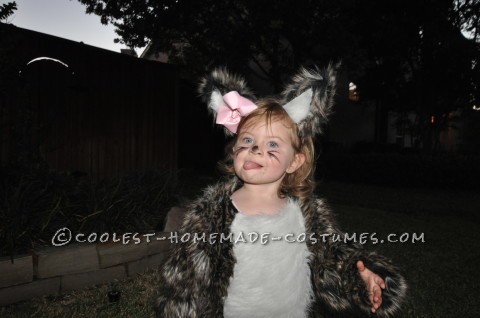 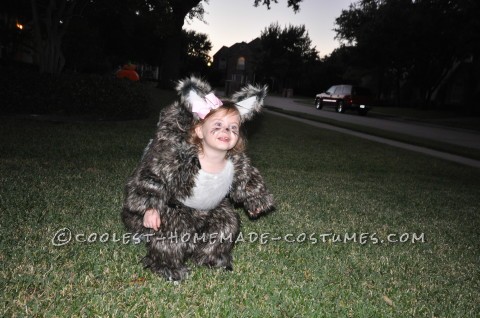 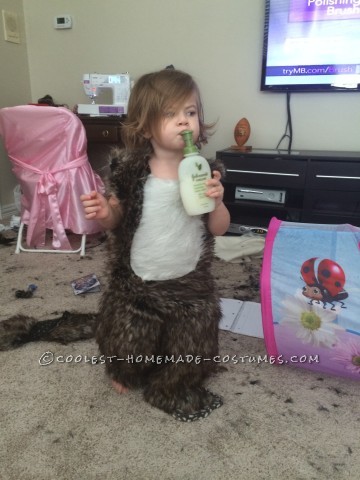