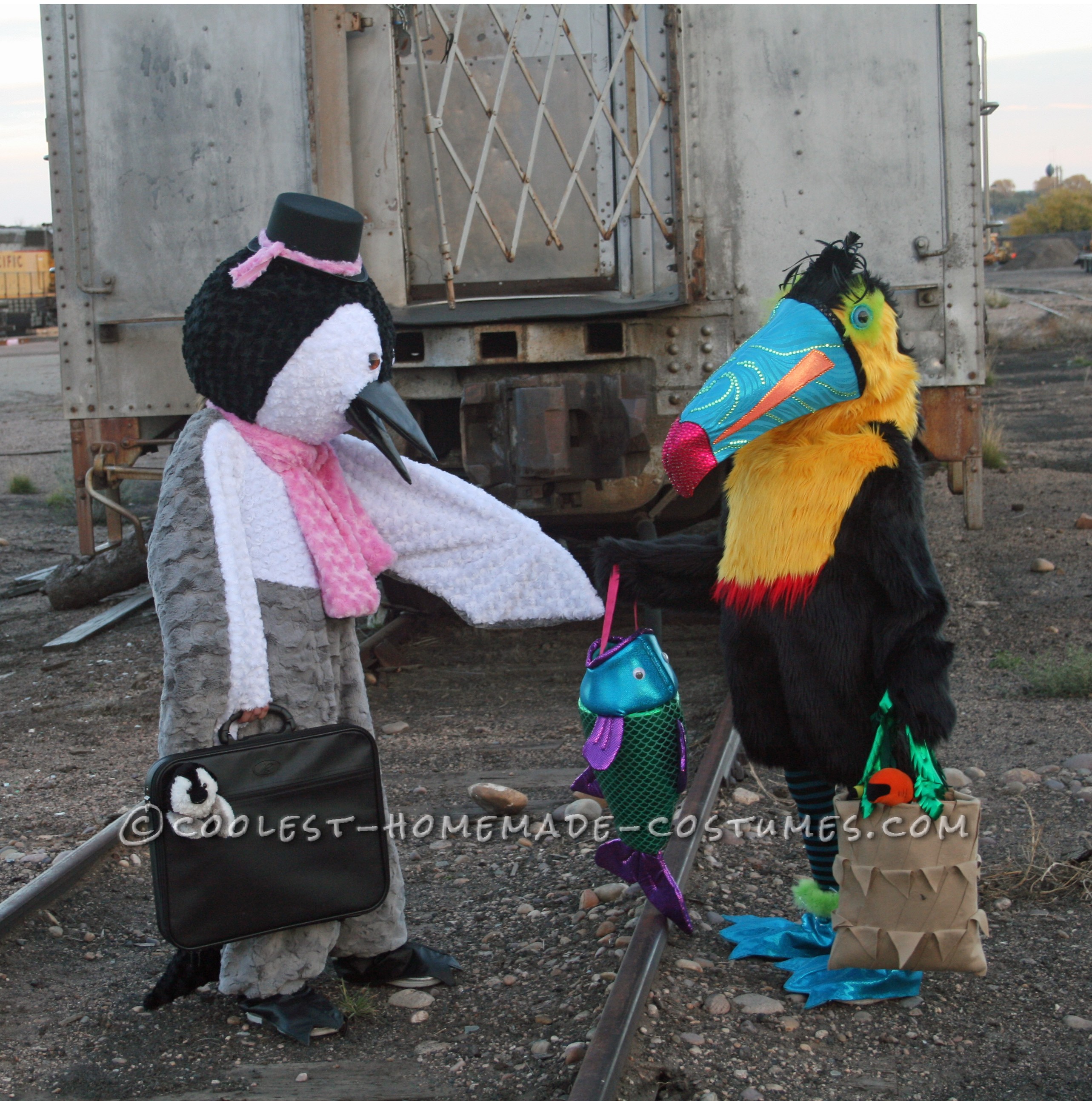 Every Halloween I have fun taking on new costume challenges.  My daughters wanted to go as a penguin and a toucan for Halloween this year.  We named the penguin Twiggles because the tail would “twiggle” back and forth as she walked, and we called the toucan Jewel.  These birds are unlikely companions.   They won local costume contests and really looked cute trick or treating.  People would comment on their costumes where ever they went.  The penguin’s fish bag received a lot of compliments.   The toucan’s eyes glow in the dark.

I used a small stuffed baby penguin as a model.  The costume is made out of swirl fur.  A penguin costume pattern was used for the body with some alterations.  I also put half inch foam inside the wings to make them stiffer.  Her head is made from a large Styrofoam ball.   The beak is positioned so that my daughter can see out of it.   The beak and feet were made out of faux leather, and the beak is inserted with ½ inch foam.  There is 2 inch foam inside the head to make it stable enough to wear.  I had the eyes custom made, and I cut holes in the fabric to position them onto the face.  We eventually glued a top hat on the penguin.  I also made a scarf out of the same type of swirl fur.  The fish bag was made from spandex and foam.  I sewed a lot of the fish by hand as this spandex was very difficult to sew by machine.  The cost was about $90.00

It took some thinking to figure out how to make the beak.  I used colorful spandex material to cover ½ inch foam.  It was kind of tricky to sew together.  I then glued hot pink and green jewels onto the beak with fabric adhesive.  I used duct tape to fasten the beak onto a helmet.   In order to stabilize it, I used a yard stick cut in half and inserted the two halves into the underside of the beak and glued the fabric down.  I tied each half of the yard stick to the baseball helmet and cut fur to shape around the helmet.  The eyes were tricky.  I glued piping in a circle and sewed material around it.  I then glued the eye in the middle, attached green feathers to the back then glued them onto the face.  The body was made using an old bird costume pattern with alterations.  I sewed a small pillow into the body front of the toucan.    Her feet are made of teal spandex and green fur.  Her bag is supposed to resemble a palm tree.  The cost was about $60.00. 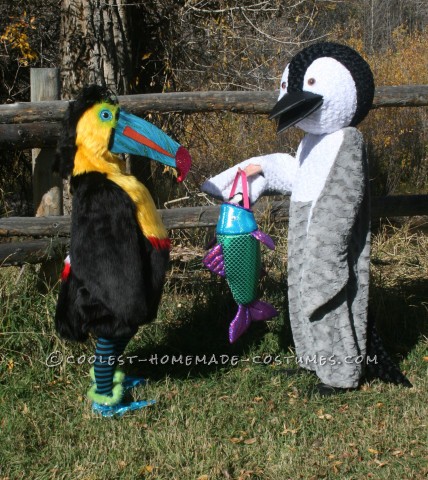 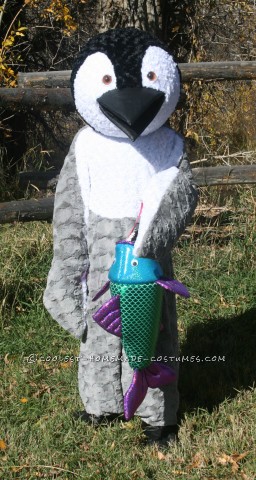 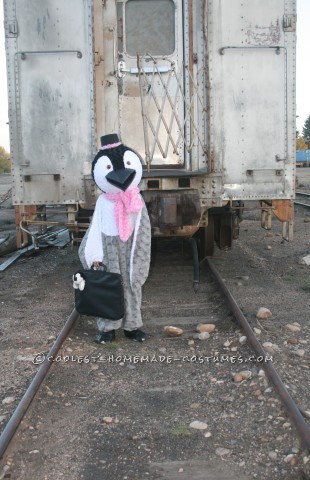 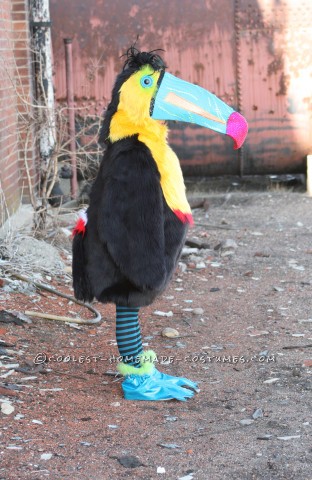