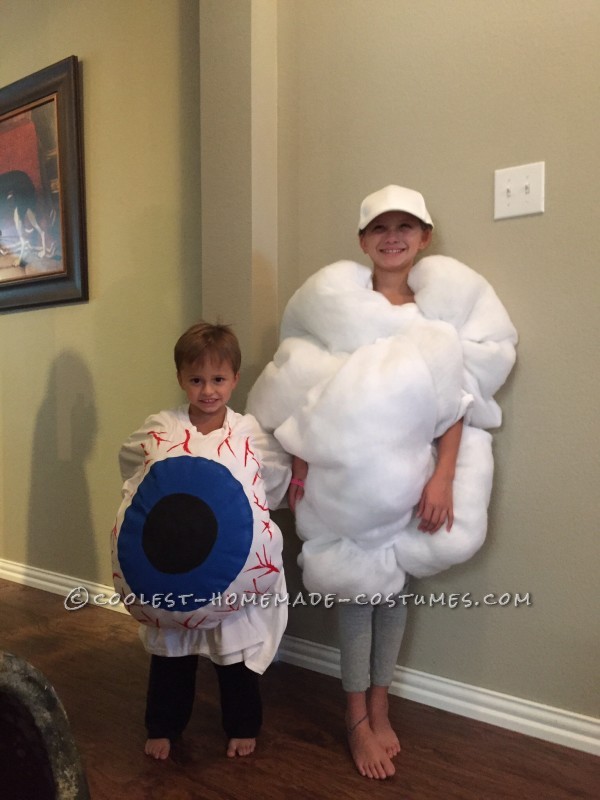 I was given a week to come up with an award winning costume for my kids to be at their very first “fright night” in The Colony, TX.  I searched online and came up with the idea of my kids being the iCloud. I had seen people dressed as an iPod or an iPhone but not an iCloud.  So I found a costume dressed as an eye and another one dressed as a cloud. I have two kids and thought that together they would be the elusive “iCloud”.

So I went to a craft store and picked up two oversized white shirts for my children.  For the cloud costume, I put the oversized shirt on my daughter and started sewing on white batting.  I sewed it in different spots so that it started taking the shape of a cloud. I stuffed the batting with white stuffing to make the cloud puffy.  The hardest part of that costume was sewing it while my daughter was wearing it, along with keeping the dog and cat hair out of the batting.

For the eyeball, I started out painting a large eyeball on the front of my son’s shirt.  I used plates of different sizes to make the circles perfectly round. After his shirt was dry, I sewed a t-shirt that actually fit him inside the large t-shirt with the eye painted on it. I filled the space between the two shirts with the same stuffing that I had used on my daughters costume.  Once his was stuffed, I sewed around the outside of the eye to give it a more round effect.

When the kids put their costumes on at fright night, we got a lot of people liking them. When the time came to go on stage, the kids had to go up and say what they were.  We heard a lot of cheers when they realized it was a play on words of the iCloud.

There were judges that chose three kids or sets of kids out of 100 or so kids, to return to the stage.  Those costumes that returned to the stage were voted on by the crowd as first through third place.  The crowd showed the one they liked best by cheering loudly.

We won first prize!!!  We beat out the kids that were dressed as a roller coaster, a washer and dryer and a camera; which were very elaborate costumes. 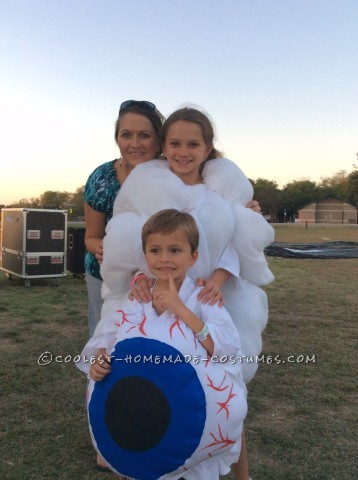 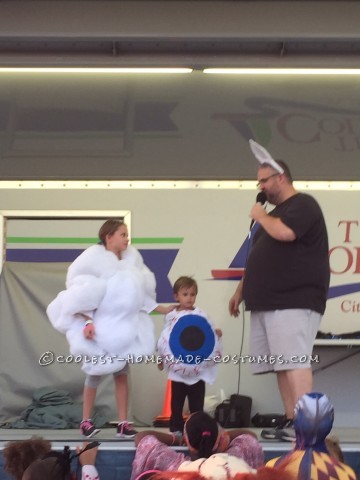