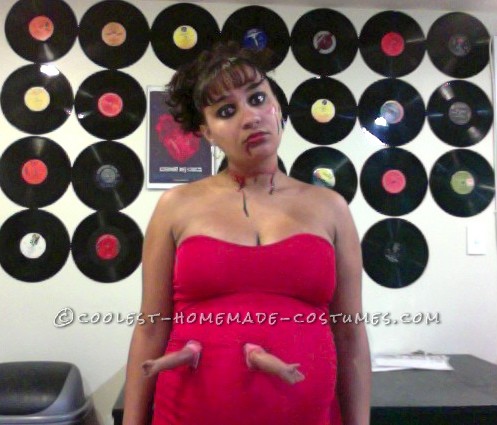 I was nearly seven months pregnant, and I didn’t feel very sexy. I had a short red dress in my closet from Valentine’s Day, and it fit me like a shirt. I only had a few days until Halloween, so i had to come up with something quickly. I figured: I want to incorporate my unborn child, and I don’t want to waste a ton of money, especially right before his birth. So I went to Target and spent about $15 on a baby doll and a jar of fake blood. I grabbed a pair of scissors and cut the doll’s arms off, and I stapled the fabric part of the arms to my dress/shirt. I put fake blood on the ends of the doll’s arms, on my face, and across my neck. Voila! I became the mombie.

Most people thought it was hilarious. A lot of people were terrified. Some people pointed to my bump and said, “It looks so real!” I told them I’d been working on it for months. 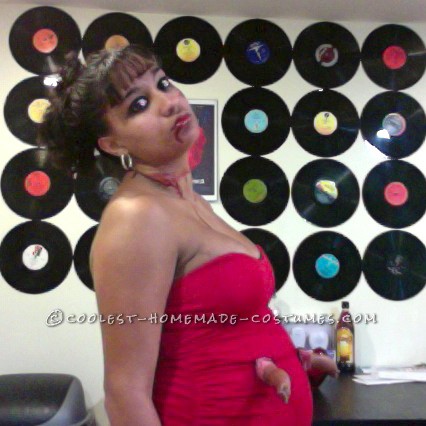