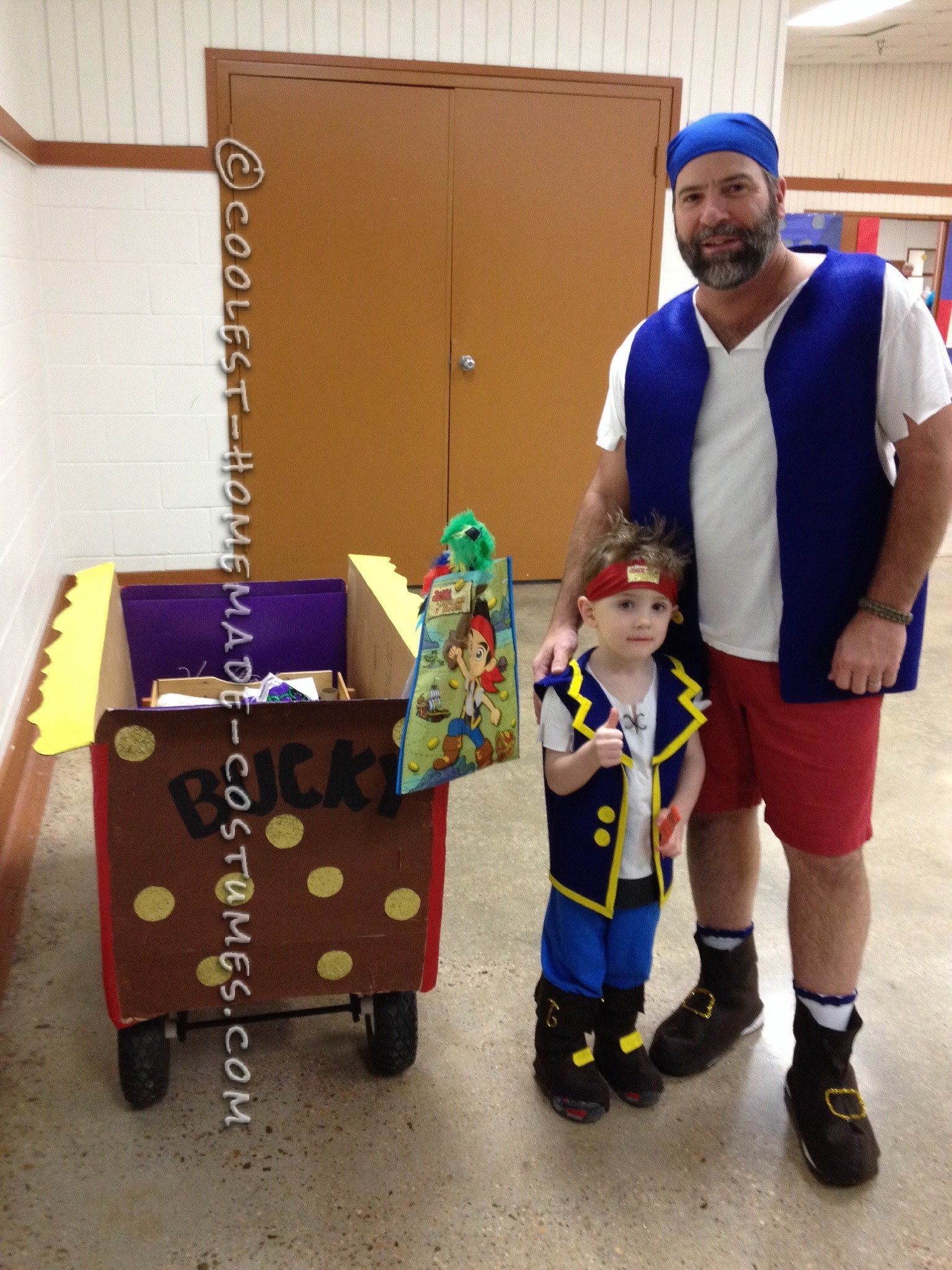 My son wanted to be Jake for Halloween. So we decided to be his crew. My husband went as Cubby and I went as Izzy. I bought about 1 and 1/4 yards of blue felt, half a yard of brown felt, yellow felt squares, two extra large yellow buttons, pink bandana, blue bandana, a light pink puff paint, a men’s t-shirt that could be cut, a child’s t-shirt you could cut, large black ribbon, lots of hot glue and thread.I made a tempate out of newspaper for both Jake and Cubby’s vest. I added an extra 2″  just in case of error. There are several tutorials online for a Jake vest. Just remember to give yourself a large collar if you want one. My son doesn’t really like high over-powering collars, so I made his at about 3″ or so. I wasn’t exact on anything. Both Jake and the Cubby Vest were hand sewn. I cut the collar of both their t-shirts and then cut their sleeves with slits. Then I hot glued a large piece of black ribbon on Jake’s t-shirt. Cut four holes and made an X with a smaller ribbon.

Boots were made with brown felt, tread, hot glue, and gold pipe cleaners for decor. I took a pair of shoes and drew a boot shape around it on newspaper and allowed close to 2 in on each side as allowance. The pattern looks massive, but as you begin to sew these together, you find how much room you need for arch, instep, ankle, etc. Cubby were sewn by hand and Jake’s were hot glued. Both looked equally as nice.

Pixie dust was made from a yellow square of felt and tied with a purple ribbon. I took 3D fabric paint/puff paint and made loops on a pink bandana and on the shirt I found.

Bucky the Pirate Ship was made from a Guitar box, cut straight down the middle and from a Vera Bradley mail order box. Both were recycled. I attached the box to our red wagon with red duct tape. I painted it brown, yellow, and blue port holes. I kept the purple from the Vera Bradley box, so I didn’t have to paint that side. I bought gold fabric paper and made gold coins for the ship. I used two paper towels and two toilet paper rolls painted silver for the flag pole which is attached using a Dixie cup within my wagon. I bought a blue bird within the ornament section in the Christmas Department and glued green, yellow, and red feathers to make the bird look like Scully. My flag was a Jake bag.

We already own all the Jake accessories, so I didn’t make an additional sword.

****we tried a few options for the front of the wagon for a more ship look. But in the end, the handle has to pull the wagon. 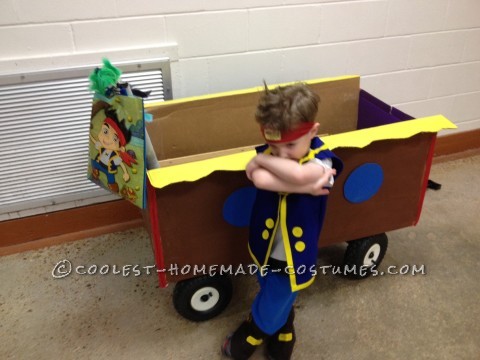 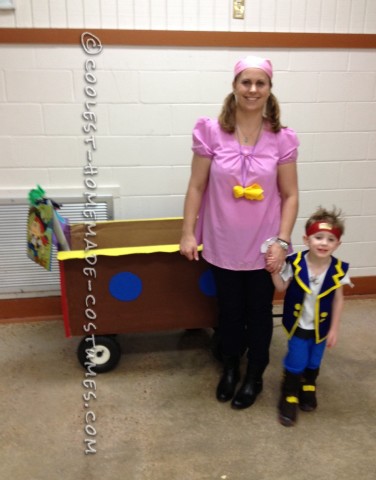 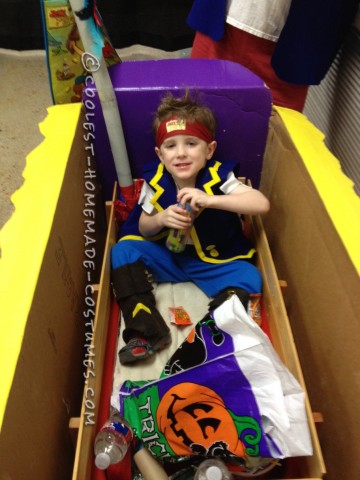 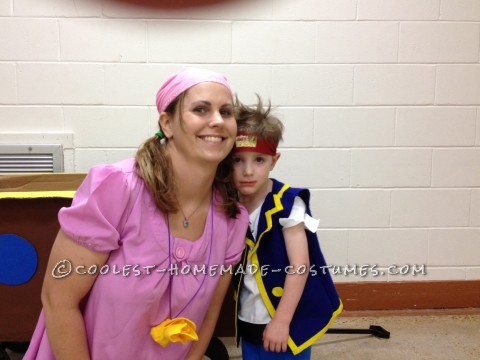 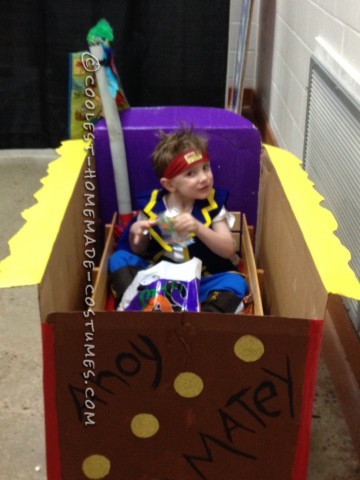