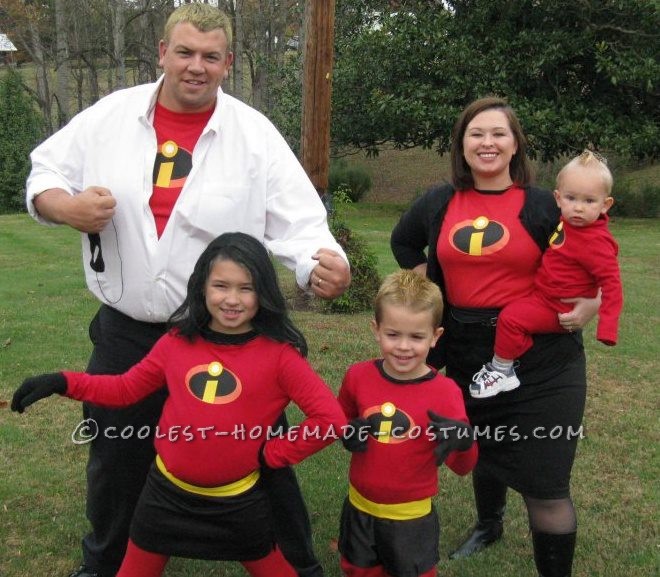 My husband had the great idea that we would be “The Incredibles” for Halloween last year. The idea was perfect. My hubby being the big, bulky, former college football All-American would make a perfect Mr. Incredible. I suppose the only trait I had in common with Elasti-girl was being a mom of 3. Our daughter made a great Violet with a little black hair paint. Our middle son would become Dash. It was too perfect that our baby son, Jack, would portray Jack-Jack.

We considered buying costumes but they were expensive and surprisingly hard to find. The hubby & I didn’t like the idea of going out in public in tights and leotards. The years haven’t been kind! We decided to be Mr. & Mrs. Incredible going incognito as mere mortals, with the Incredibles logo peeking out a la Clark Kent.

Each member of the family wore a long-sleeved red shirt with iron-on Incredibles decals. The decals were printed on  handy-dandy inkjet transfer paper that can be purchased at Wal-Mart.  The masks were a real challenge. I purchased felt and elastic ribbon to make them. It was difficult to get the sizing right and the eye holes in the proper places. I bought several yards of black satin from a craft store. My mother and her trusty sewing machine fashioned Dash’s shorts and Violet’s skirt out of the satin, as well as the kids’ boot covers.  The kids’ belts were made from yellow gross grain ribbon sewn onto the satin fabric. Violet wore red tights and Dash had red sweatpants under the shorts. The kids’ gloves were the standard winter gloves and they wore their snow boots under the boot covers. Baby Jack-Jack wore a red turtleneck onesie with the logo and red sweatpants. A little blonde hair paint helped Dash & Mr. Incredible look the part.

I can’t tell you how much fun we had. The pictures from Halloween were used as our Christmas card, inviting friends and family to have an “Incredible Holiday.” 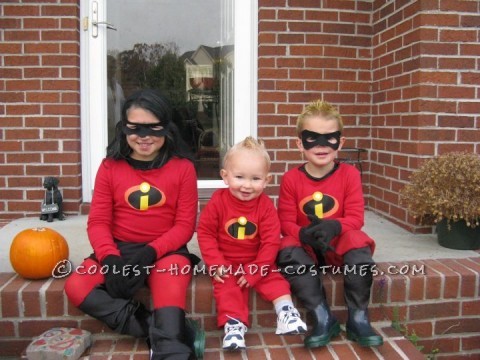 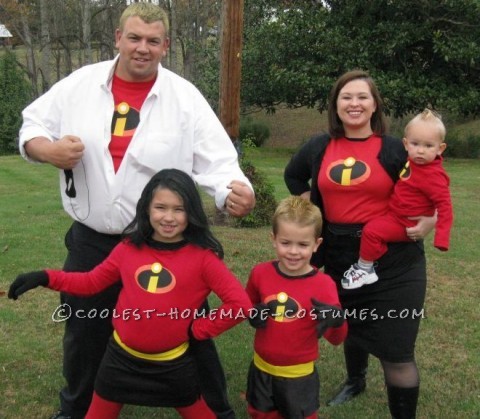 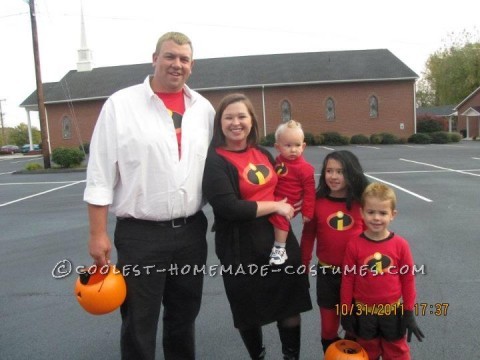