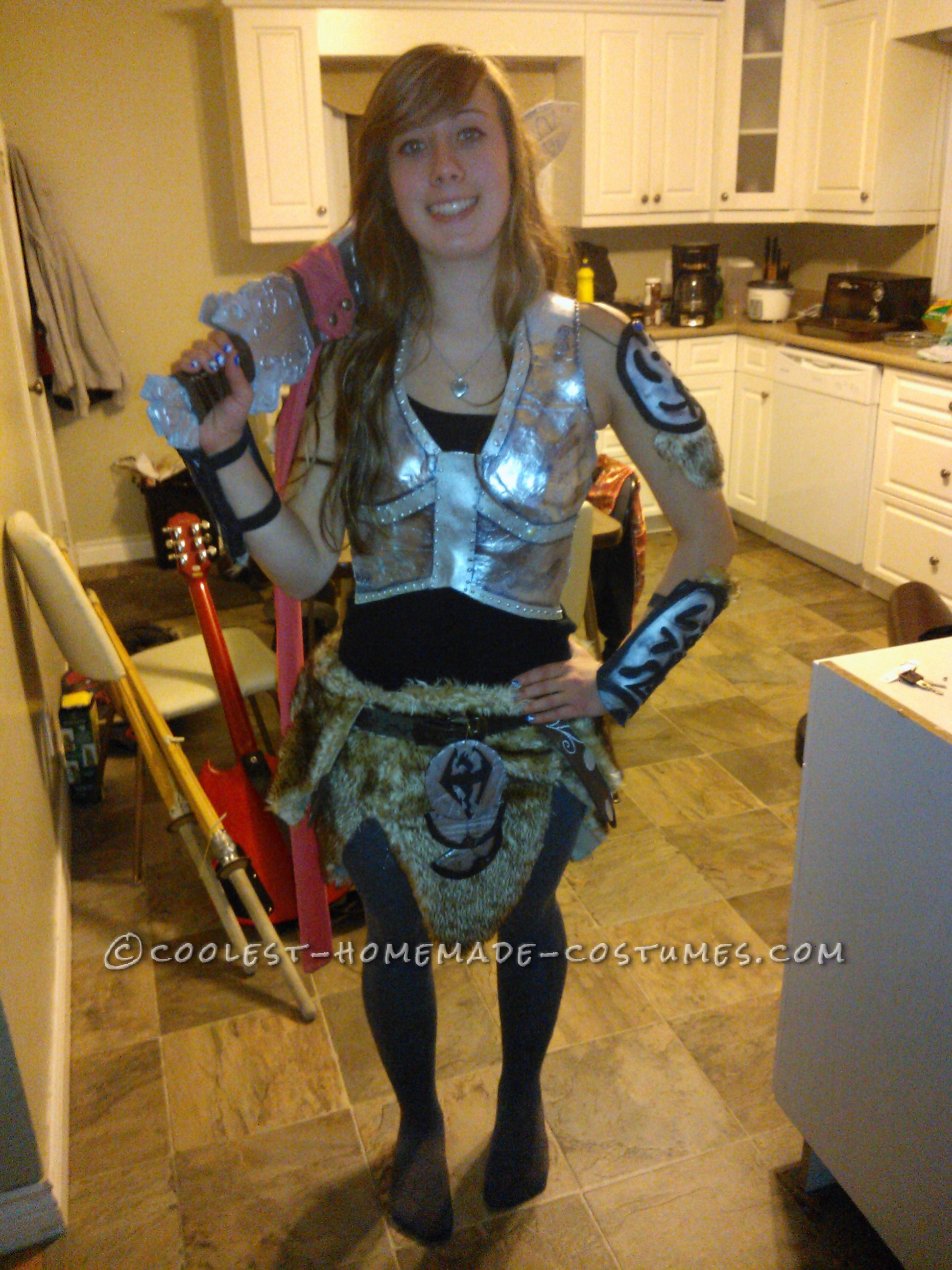 I started playing the video game and I got so hooked on it, I had to make the costume for Hallowe’en. I first started with the helmet, formed for my head only. But that didn’t stop my father from attempting to try it on. I used cardboard for the shape then covered parts that needed emphasis with foam. Finally I used paper mache to retain the shape. Although not pictured, due to one of the horns ripping off.

Secondly, I gutted an old fake fur jacket from the thrift store and carefully cut out shapes for the bottom half of the costume. Sewn togther at certain points and held up by a belt from the thrift store. To make the studded hip guards, I used large pieces of craft foam, cut to shape and glued same shaped felt to the back for durability. I cut circles out of foam and spray painted them. Although they were blown around from the spray paint. I used a pencil to poke dents in the foam to simulate leather and used white paint to detail.

The emblem on the bottom piece is made up of cut cardboard and foam, held together by elastics for flexibility. Small details include a hand drawn and cut Skyrim emblem and two buttons with lions on them. Also using foam padding and craft foam, I created gauntlets. I added elastic to keep them attached to my arms and painted them with spray paint and ‘dirtied’ them up by adding rust coloured paint. I used this method to create matching shoulder pads and attached them with bronze chain to the top armour. Both the gauntlets and shoulder pads had fur trim added.

The final and most difficult part was the top armour. I started by trying to make a dress form by using an old shirt and covering it with duct tape to later stuff with pillows. My intention was to create the armour off of my body’s mould. I was duct taping the top half, when I started to rush and wrapped the roll of tape around my lower torso. It then got too tight and I had to waddle into my sister’s room to cut me out in a humourous emergency. I abandoned that plan of the dress form, I then used craft foam and attached it directly to my body creating a better fit. I used papermache to cover the front to make it durable and better in appearance and left the back flexible to be able to remove. I used hot glue to dot the rivets on and extra foam to emphasize joints in the armour, then painted.

My sword prop was an experiment which turned out lovely. I used foam board to cut three identical shapes and glued them together, then I used hot glue to ‘draw’ details on the sword, and spray painted it. I added foam and felt to the handle and found a red silk scarf to add to the sword for extra decoration. Shoes were included, painted foam was used for the steel plating inserted into the front of old boots with fur trim.

Most of the reactions to the costume were amazement, many people asked how long I took to make it. It only took one month of on and off work and $40 in thrift store purchases. Some people enjoyed the reference to the game, some needed some explanation. I had won a contest in a local bar as well. I definitely love my costume, as it shows my growing skill as a costume designer and my love for video games. 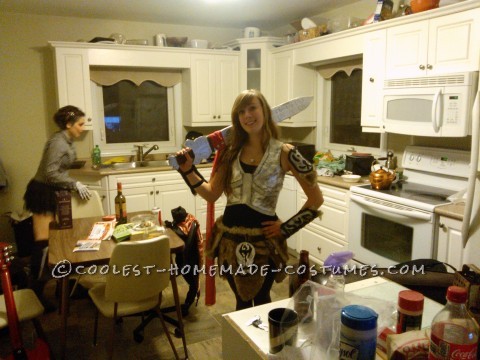 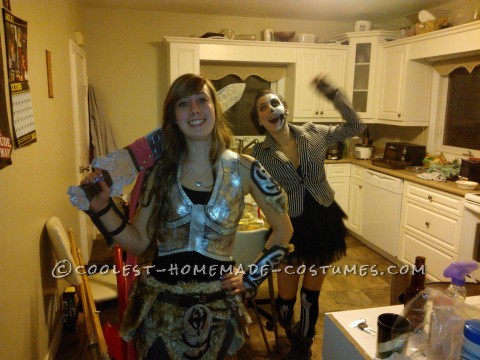