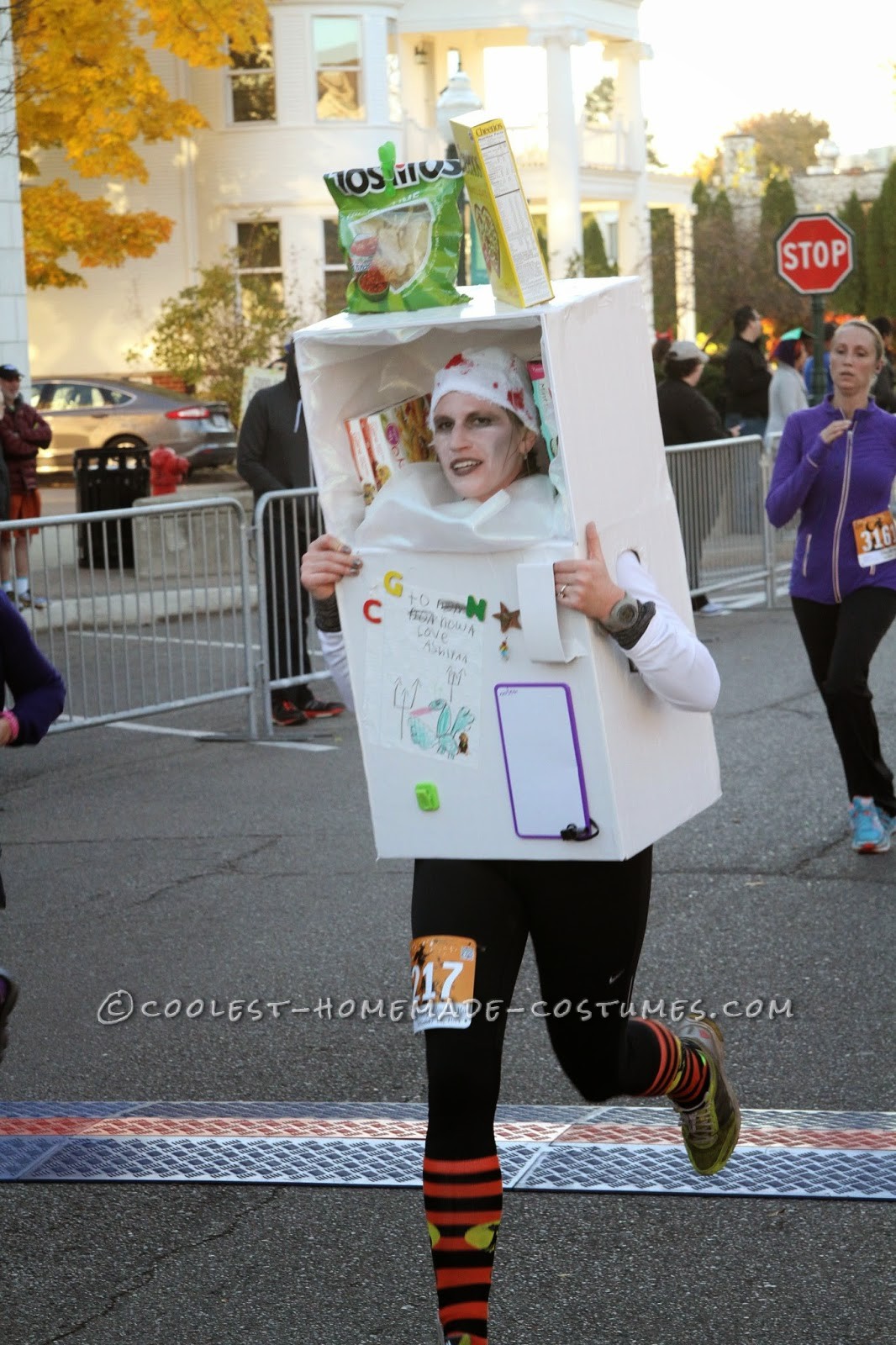 This costume was inspired by other head-in-the-freezer costumes! I love illusion costumes and thought this would be hilarious for an upcoming 10K race.

I put together the costume using foam core instead of a large cardboard box as the former  would be sturdier; I needed this costume to stay together during the race.

It was important to make sure the fridge wasn’t too tall or else it would hamper my stride, so I made a dorm-sized fridge. The sides had arm holes cut out; I was debating about putting in the arm holes, but if I fell it would be better to break the fall with my hands rather than my face.

Once I put together the foam core pieces to create the structure, I wrapped the whole thing in white duct tape. Besides keeping the pieces together, this would help protect the costume in case we had some nasty weather during the race. For the freezer section, I glued down some shiny white fabric around the inside. Once that dried, I added some items from my freezer: a couple boxes of frozen dinners and a box of ice cream sandwiches (yum!)

An empty box of cereal and a bag of chips was glued to the top. The bag of chips was clipped with a chip clip and still had some chips inside. I could hear the chips shaking around while I was running. It was good to know I had a snack with me at all times!

On the front of the fridge I added a children’s drawing (donated by a co-worker’s son) and some magnetic letters. I also added a dry erase board for writing a grocery list. A piece of paper with the words “Is this refrigerator running? Well you’d better run and catch it!” was added to the back.

Since I was a severed head, I wore a bloody bandage and put on some black and white cream makeup.

While my arm movement was limited and I had no peripheral vision, this was surprisingly easy to run in! The costume sat well on my shoulders and I didn’t have to hold anything up.

I wondered how people would take the joke on the back of the fridge but they seemed to get a kick out of it. One woman told me that she tried to catch me and thanked me for the motivation. This costume was a lot of fun! It ended up winning the race’s individual costume contest to boot! 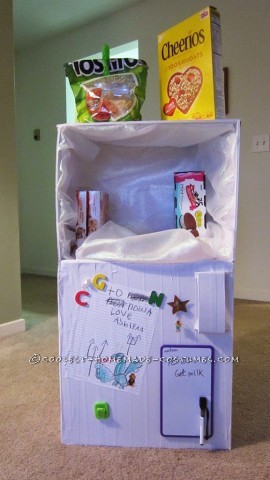