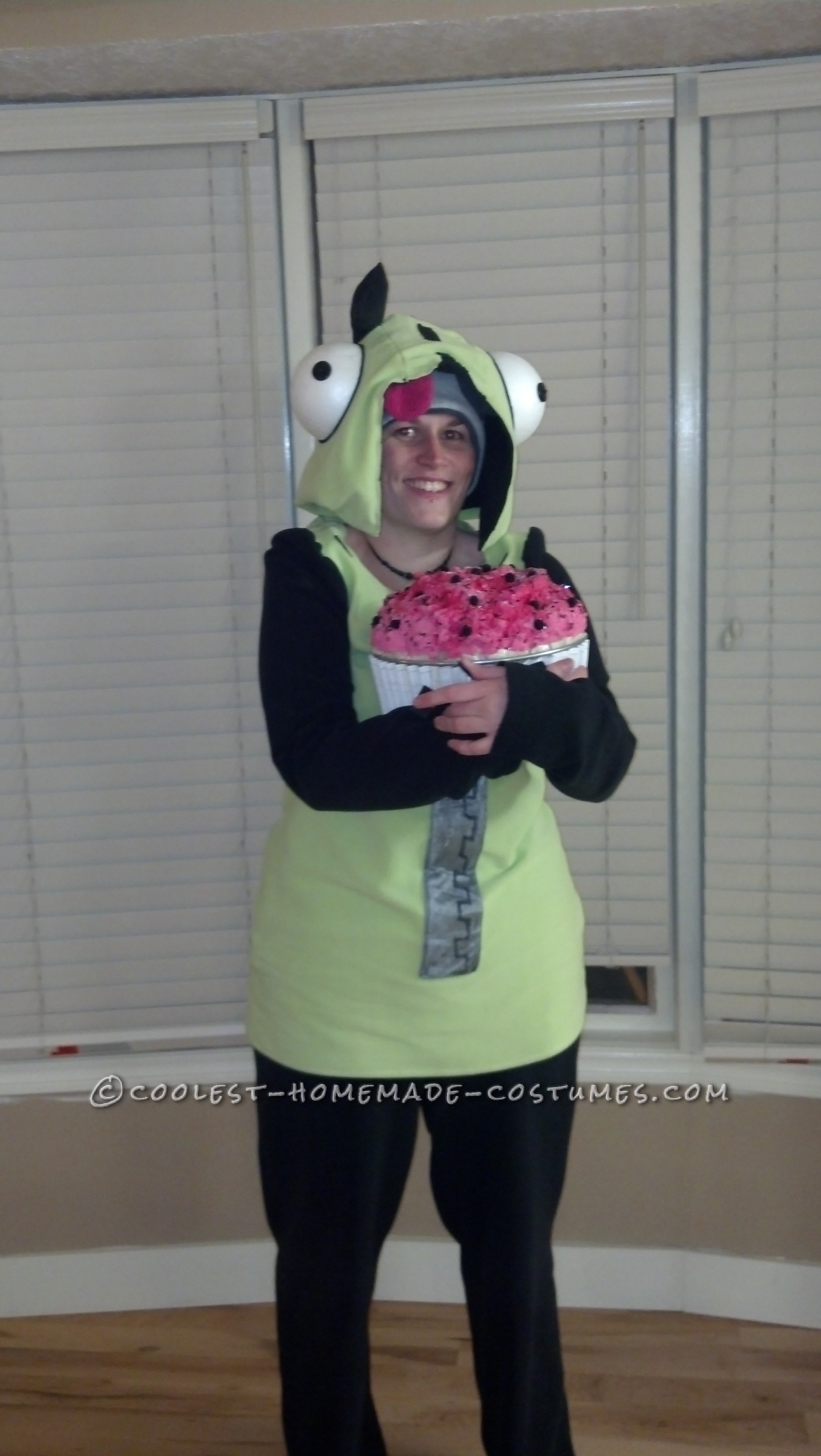 Day 35 – Bought patterns and fabric from local fabric store.  I used a general pattern for a dog costume with the green and black fleece fabric.  Hot and full of static but oh so amazing!

Day 46 – Finally start the cutout of the design and making of the cupcake.  To make the giant cupcake, I used expansion foam, lightweight spackle, colouring and random things to decorate with.  Spray the expansion foam into an angel food cake pan and let it set for a day, mix the spackle and colouring together and paint onto the hardened foam.  It looks awesome!  Yet is incredibly hard to clean out of hair, clothes and carpet…take my word on that and use newspaper and gloves :)

Day 50 – Now to start the sewing, it’s a good idea to not be a procrastinator like me when taking on a job like this.  One week to Halloween and I started the sewing…it ends with lots of late nights…but totally worth it!

Using the pattern I bought I make the pants to cover my shoes in black, a tunic top in green for the body along with a great hood made of both the green and black fabric.  The inside of the hood is done in the black to get the darkness of the hood in.  Cupcake ready and dried, looking superb and delicious I start on the final touches.  Front zipper made with basic silver fabric with the zipper teeth just drawn on with black marker.  Squeekers for my shoes to get the Gir squeek and a Gir-robot style hat that I ordered from a shop on Etsy.  Which was perfect for when the hood wasn’t on, in character always.

Fastforward to the night before Halloween – Costume basically done, stuffed ears, tail and tongue attached to costume.  Stitch pattern along body made with scraps of the black fabric.  Styrofoam ball cut in half for eyes that are simply attached with fabric super glue.  After many failed attempts of not gluing my fingers together the costume is done!  Get my final watch of my favorite episodes of Invader Zim and we are ready for the reveal!

My favorite part was the cupcake and the hood…Although the people I was with all night may not have appreciated the major loss of sparkleys that were once on the cupcake to give it depth.  Waking up to a trail of cupcake sparkleys is hilarious and horribly hard to clean up, but totally worth it. 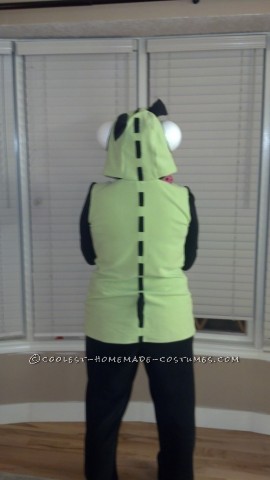 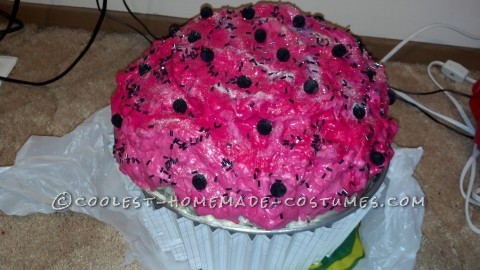 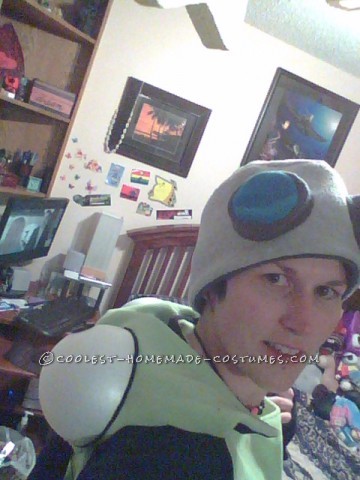 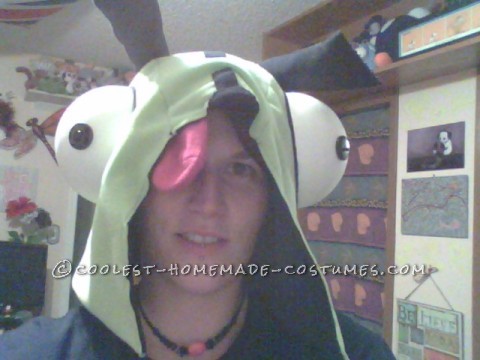