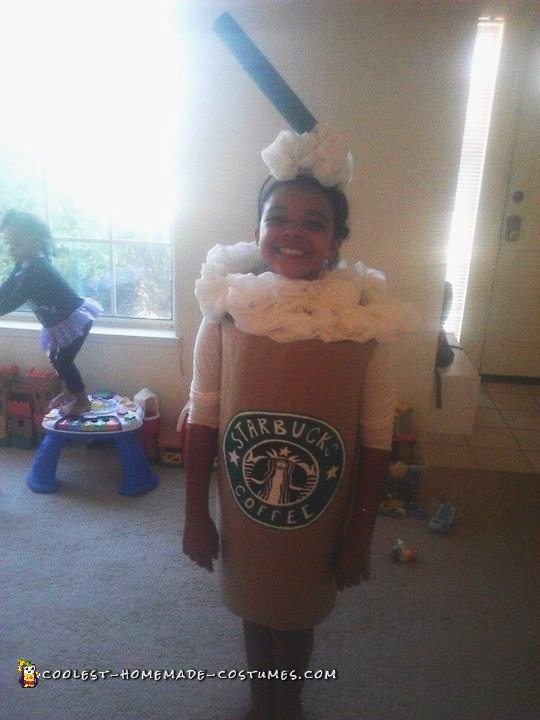 We started off by googling Starbucks drink cups and costumes that were DIY made by other people. We then went to the dollar store to gather more ideas. We ended up buying 2 white poster boards, and brown craft paper. Only spent $2.00 plus tax! What an awesome deal!! :)

We went home and started on the project. We hot glued the two poster boards together to form a circle around her body, cut out two holes for her arms, then hot glued the brown craft paper to the white poster board to give it a more cup like look.

After that, I took a piece of leftover poster board, cut out a circle, and drew on the Starbucks symbol with black and green permanent marker. I then glued it to the front of the costume.

We then looked around the house for a way to make the whipped cream for the top. We ended up finding an old white shear curtain in the garage, so I washed that and sewed it in different random areas to get a “fluffy, whipped cream” look. We also cut off a little bit of the curtain to use as whipped cream on top of her head. 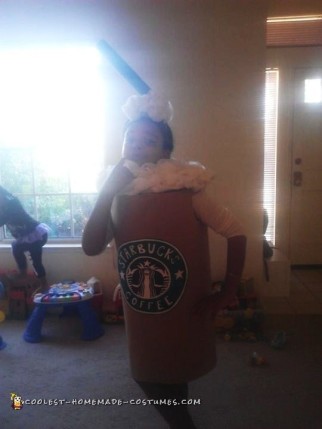 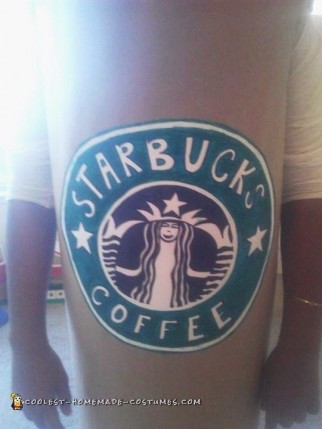