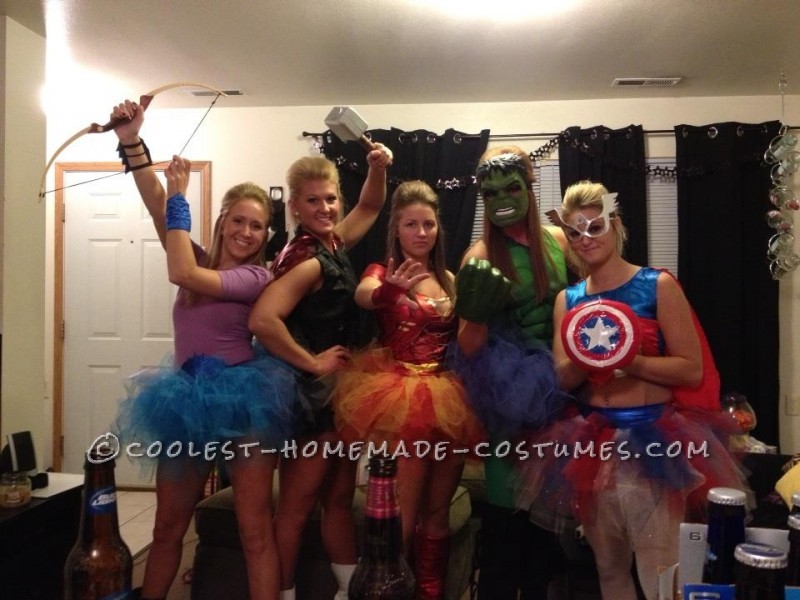 I am a closet nerd when it comes to superheroes, especially when they are Marvel. My three roommates and I were brainstorming costume ideas that could include all four of us. We are all fortunately past the super slutty costume state, but we of course still wanted to look cute. Originality was another important factor. The idea of avengers had come up but didn’t last because at first all we could think of wows buying little boys costumes. My roommate Megan then came up with the genius idea of wearing tutus. A super simple and cheap way to girl-ify a boyish costume. After we all decided which avenger we wanted and which color our tutu needed to be it was easier to piece together the rest of our costumes. (We ended up having another friend join last minute because she loved the idea so much, she was Hawkeye).

The reaction was a total surprise. This was one of two costumes we had planned for the weekend. We decided to wear these Friday night thinking that we wanted the best costumes (zombies) for Saturday. Everyone LOVED the Avengers costumes; we took tons of pictures with random strangers because it was such a hit. We have talked about wearing them again because it ended up being so much fun.

To make the tutus:

This was our first time making tutus and I have to say there really isn’t much that can go wrong. All you need is elastic, tulle, scissors, and a sewing kit. We each got 2 yards of tulle but had more than enough. You need enough elastic to fit around your waist.

Start by sewing a few stitches to make a loop with the elastic big enough to fit around your waist. (If you don’t want to sew you can also tie in a knot)

Cut wide tulle into pieces that are approx. 6 inches wide and a foot long

Attach the strips of tulle to the elastic using a larks head knot.

Fold the tulle in half and place the loop over the ribbon.

Fold the loop under the elastic and then pull the two ends through the loop.

Pull towards you and tighten around the elastic.

Keep attaching the tulle to the elastic until it is as full as you would like it to be. Alternate two or three colors of tulle if you like.

The majority of the other props were found at Walmart including the Hulk mask, Thor’s hammer, and Hawkeye’s bow and arrow. The Hulk t-shit was in the little boy’s section at Walmart and was then cut into a tank top. Iron Man and Captain America’s tops were part of little kid’s costumes that were found at Party City. Green tights can be found at most costume shops. Thor’s cape is fabric from Joann’s Fabrics that was tucked into the leather vest that she is wearing.

This costume is very easy to make your own and to use simple things you might have around the house. 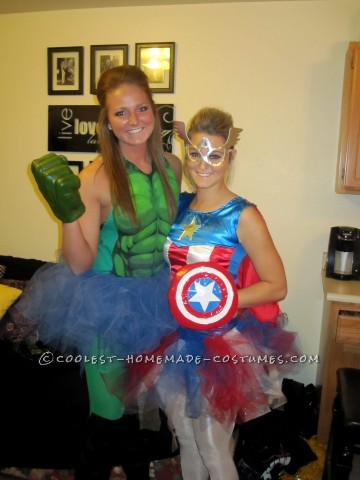 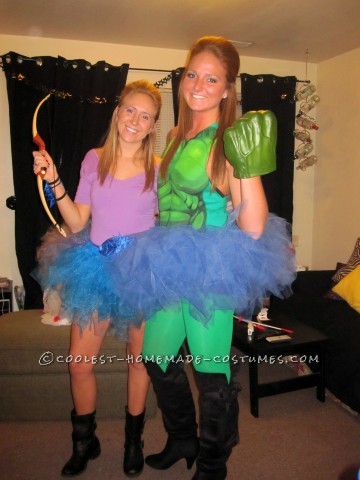 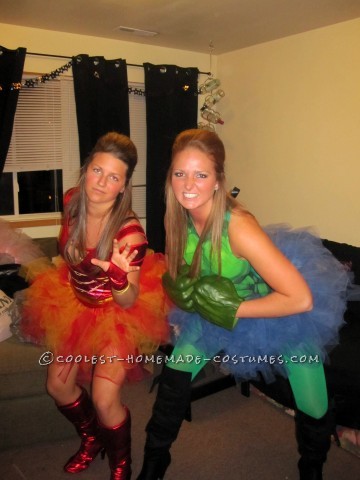 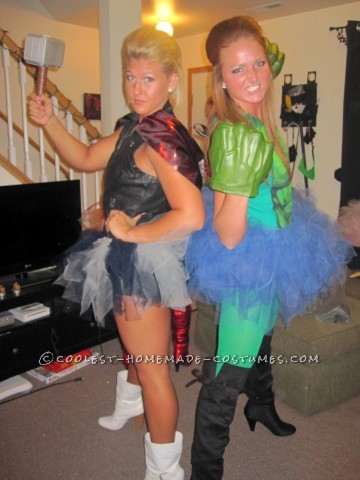