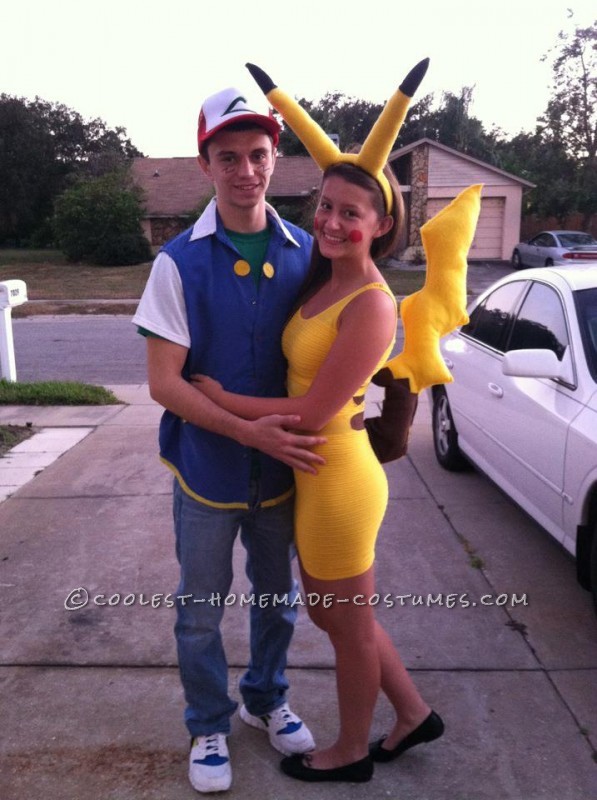 This is how I got to make our fun Pikachu and Ash Couple Costume:

The Pikachu ears were made out of old devil horns from a previous costume. I put wire in them to make them longer, then covered them with yellow felt, and put black felt at the tips. To make it stay in I hot glued hair combs on the inside of the headband. The yellow dress I ordered online for $5. The brown Pikachu strips on the back were made from brown felt. The tail was made from yellow felt, with brown felt on the tips.

The blue button up shirt was found cheap at a Goodwill store. Yellow felt was used to make the buttons and pocket slits. The sleeves were cut off the button up shirt and white sleeves from an old t-shirt were sewed on. For the collar I used white felt. Although there aren’t gloves in the picture, I also made gloves, they weren’t dry yet at the time of the picture. I bought white gloves, dyed them with green, and cut the fingers off. The hat was bought off eBay for $5. The green shirt underneath was an old t-shirt. The black anime lines under the eyes were drawn on with eye liner. 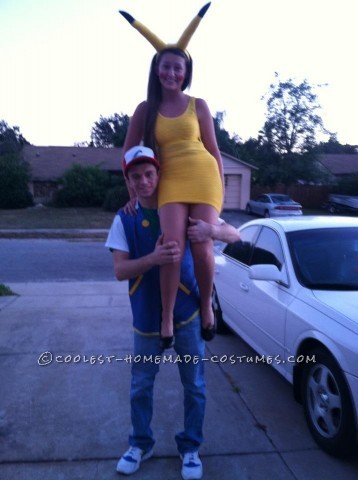