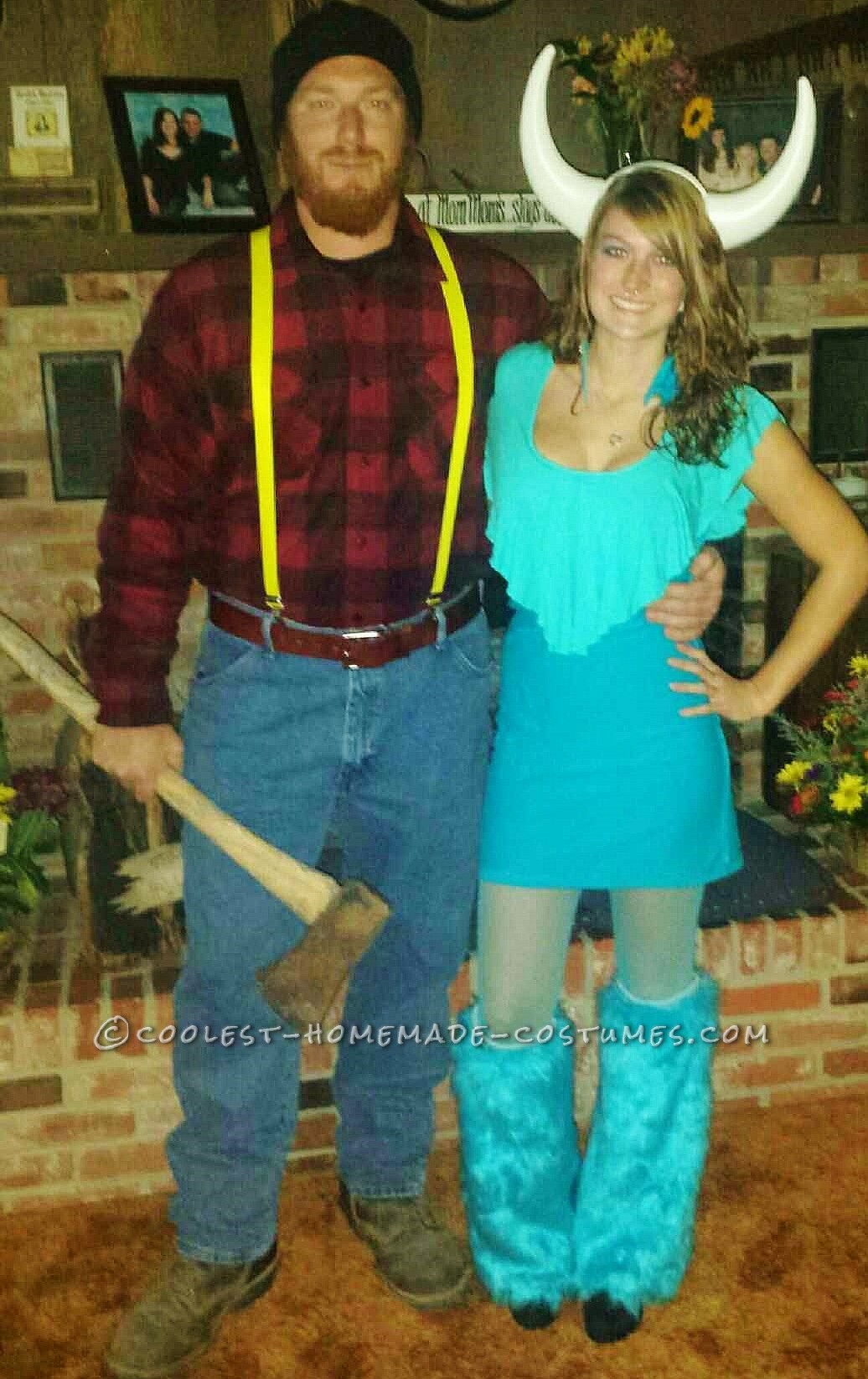 My boyfriend Ian and I have been together for just over two years and we have always made our own costumes. So far we have dressed up as Pebbles and Bam bam, and John Smith and Pocahantas, so I definitely wanted to keep the couples theme going for this year. Ian actually came up with this idea and at first I thought it was ridiculous, but after some Google searching I decided it was do-able.

It was easy enough to get everything together for Paul: the red and black shirt came from Walmart, the yellow suspenders from the Spirit Halloween store, and everything else he already had. Since we did not decide to dress up until a week before we were going out, Babe was a little more difficult to put together. If I ordered anything online, it would have cost twice as much to get it shipped in time. Luckily, my dress was made up from things right out of my closet.

I pulled out every blue item I had and finally settled on a light blue t-shirt with loose fabric at the neckline, and a blue tube dress to wear on top of it. This gave the illusion of a raw hide of an animal. A trip to the Halloween store took care of everything else: blue boot covers, blue fishnets, and a Viking helmet. I had to buy a headband and attach the horns from the helmet to it by cutting little slits on the side and sliding them through the headband. The final touches included blue makeup and a bull ring for my nose.

I still was not too sure how it was all going to look in the end, but we were pleasantly surprised. All my friends loved the costume and it was something nobody had seen done around our area before. My boyfriend and I only went out to a party hosted by some of his friends, so next year I think we might wear the same costumes if we go out to a bar or something. Overall, it was my favorite couple’s costume to date.