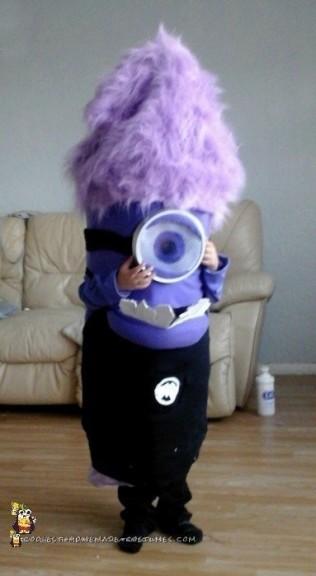 This evil purple minion costume is easy to make and requires NO sewing.

This year I wanted to make a Beetle Juice costume as my son had previously been Edward Scissorhands and Chucky (Child’s Play), but he decided he wanted to be an evil minion.

In total I spent around £10 to make this costume. I had a lot of the stuff I needed at home.

It’s not quite Halloween yet so my son has not worn the costume anywhere yet, but it’s already a big hit with friends and family on Facebook. Hope you like it. 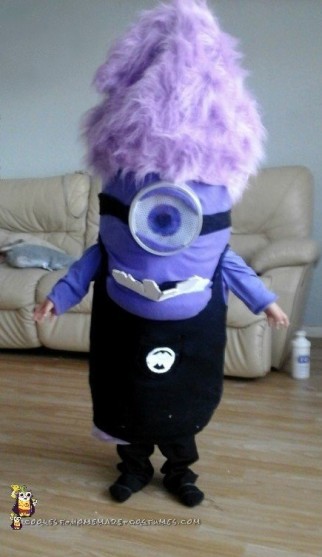