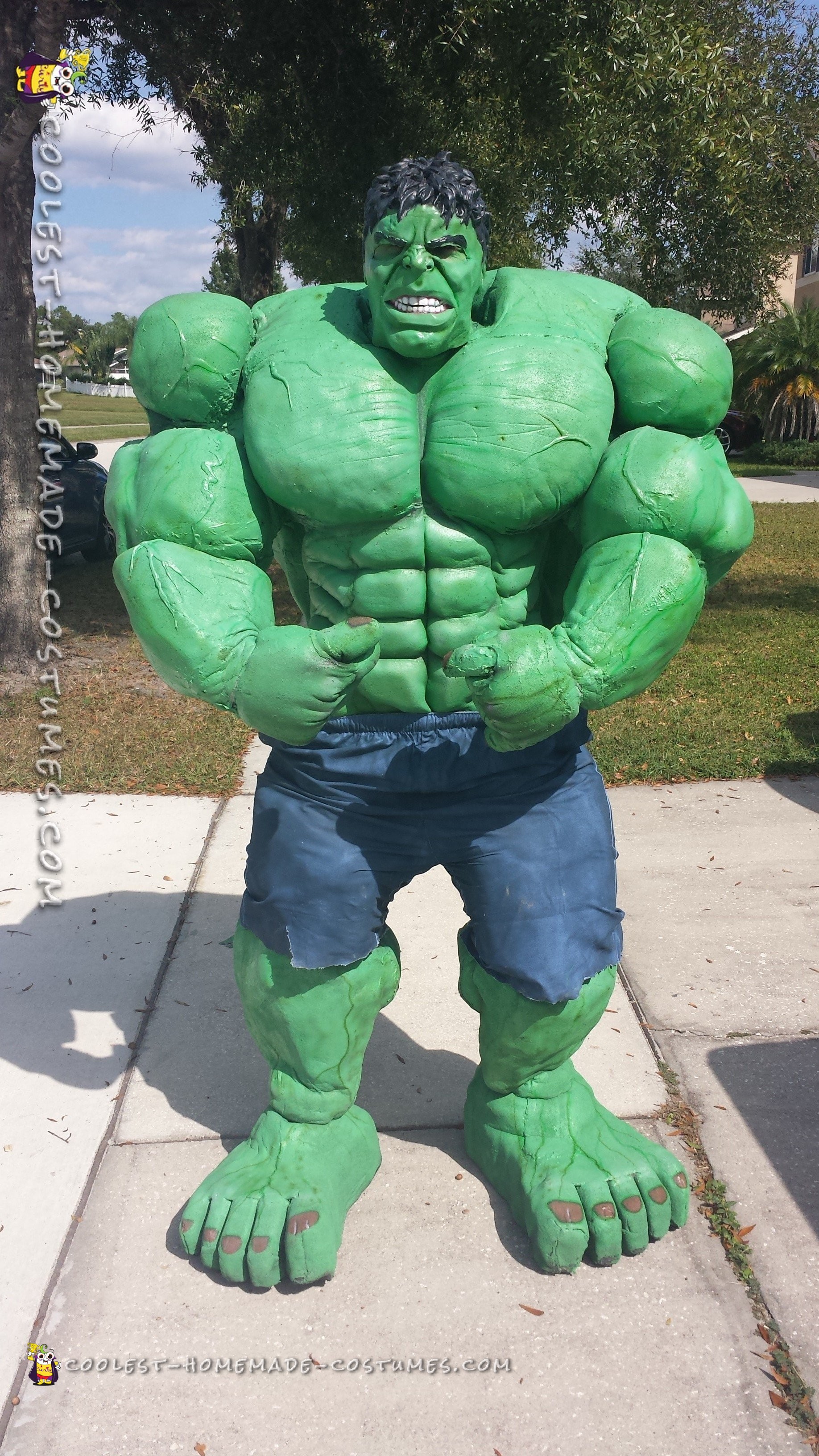 Hello there!! My name is Trevor and I made an Incredible hulk costume from scratch! I started with a black lycra suit and added pieces of polyurethane foam with a spray adhesive. As I applied them, I used an electric Turkey carver to shape all of the muscles and to contour the foam to my duct tape mannequin that was covered by the lycra suit. This was literally a from the ground up production. As all of the pieces of the body were added and shaped with my sawzall (my electric Turkey carver crapped out on me so I had to switch to my trusty sawzall) . Now, it was time for skin. I knew it needed to stretch and be able to move because I wanted the suit to move with me and be as realistic as possible. I ended up finding a 70%off coupon for one regular item at Joann Fabrics (score!!) And used 5 yards of headliner (.25″foam) and used another load of a stronger spray adhesive to apply the skin and sculpt it around the muscle to give them better definition. That process went rather quick (a few days) and now, I was ready for actual skin. I used casting latex to clog the foam (as it was porous) and to give it a skin like texture. What’s the Hulk without a lifelike skin?! Once all the latex was applied, I opted for an outdoor green latex paint from Lowe’s to achieve my green. It came out a little bright so I decided to employ some airbrushing to accent the definition of the muscles. The back was a task and a half, as it was 43″across. Saying it was massive would be an understatement. It was coming along, day by day, and I was getting more and more excited. After the first trial run, I realized it was VERY hot and I was in desperate need of some air movement. I created a channel down the spine in which I later added 2 intake fans and 2 exhaust fans to move air off of my back. The fans helped tremendously! I soon did another trial run and finally, after close to almost 100 hours, the Hulk was ready for his debut!! And debut he did! I went to Spooky Empire with about 10 of my friends, dressed as the Avengers. I hate to toot my own horn but everyone and their mother wanted their picture with my Hulk. On the second day, Danny Trejo from machete himself asked ME to take a picture with him. That, in itself, was worth it. So that’s my story! Thank you for reading!! 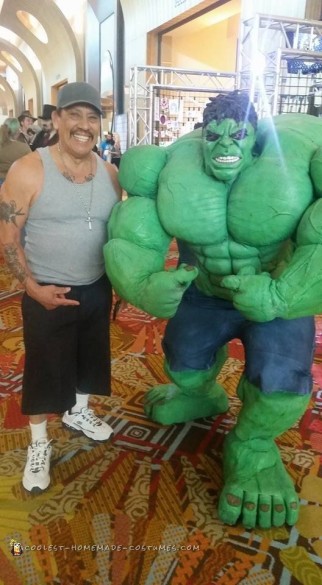