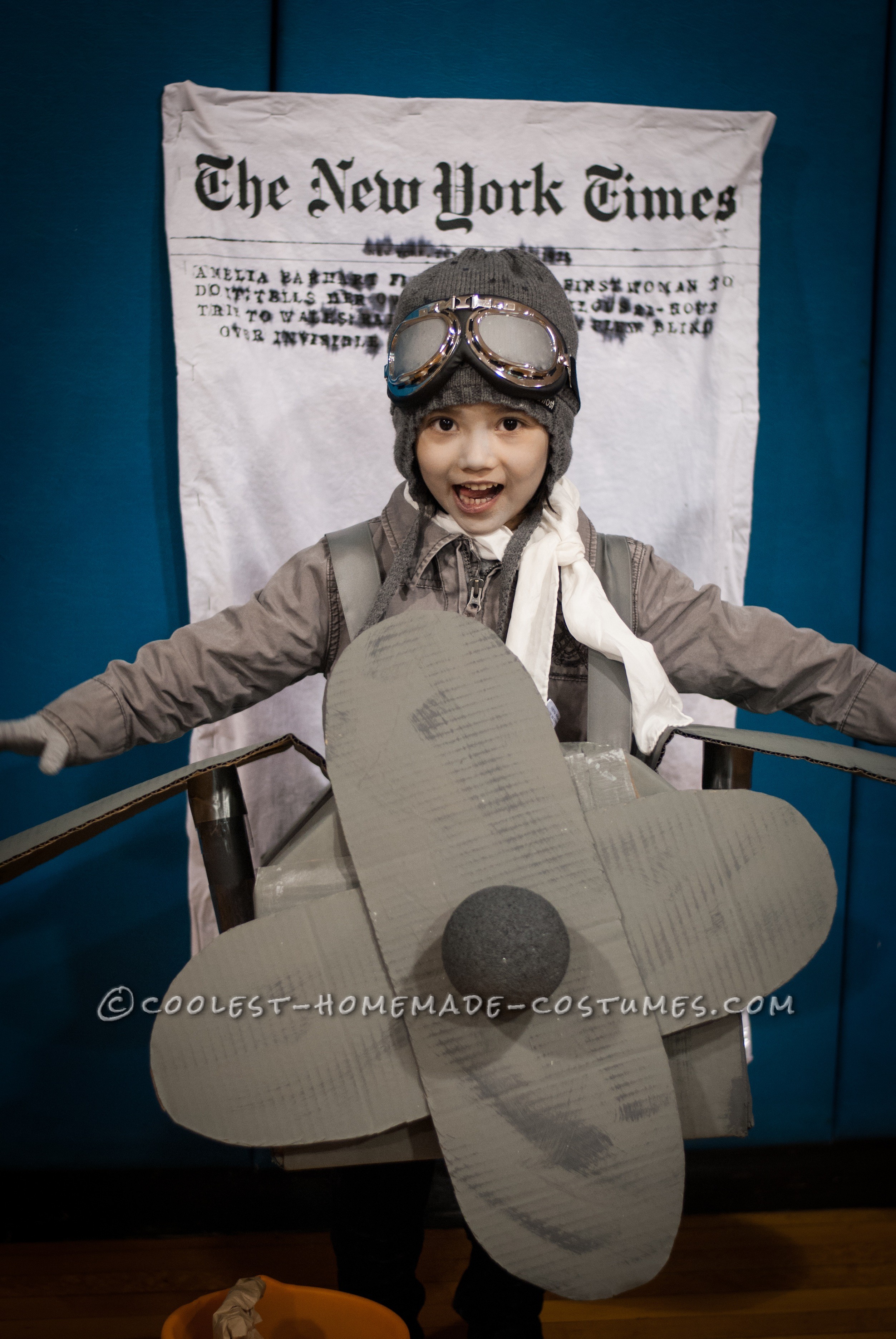 I was inspired to create an Amelia Earhart costume for my three year-old daughter after seeing a DIY aviator costume on Oh Happy Day, a design website. Not wanting to produce a complete replicate, I decided to add an additional creative dimension by making a costume that was a newspaper clipping of Amelia Earhart.

After doing some research online, I sifted through thrift stores to find clothes in shades of gray that were reminiscent of Earhart’s signature aviator style. I also purchased a pair of aviator goggles and stage makeup from a costume shop. To gather the supplies for the plane, I visited a local craft store for paint, fabric, ribbon, styrofoam balls and dowels. I also rummaged through my home’s recyclables and utilized a couple cardboard boxes and paper towel rolls for the project. I already had a stencil cutter, alphabet stamps and inkpads.

To begin, I cut and shaped a large box into a serviceable airplane shape with holes for a body to pass through and also cut out a pair of wings and a propeller. Using two shades of gray, I painted each piece using the lighter shade and randomly smudged the darker gray to give the appearance of an airplane that had seen some use. The styrofoam ball was also painted gray and, via holes poked into three layers of cardboard, was attached to the front of the plane with a chopstick and some duct tape. The propellers actually rotated (manually.) The wings were a bit heavy so I propped them up with paper towel rolls and to finish the airplane, I stapled gray ribbon onto it so it could be held up, suspender-style, by my daughter’s shoulders.

To create the newspaper portion–which is the actual NYT headline–I opted to use white fabric that I dyed light gray. I chose cotton fabric that I ran through the washer and dryer so that the “newspaper” would have a slightly rumpled and worn appearance. In retrospect, I would have experimented with a more rigid material. I used a cardboard frame, duct tape and two criss-crossed dowels in order to keep the newspaper upright and it was an awkward system. To create the print, I cut out a New York Times stencil and painted it on. For the date and the headline, I simply stamped it on, letter by letter, with two different sized stamp sets and a black ink pad. Unfortunately, the ink was not waterproof and it poured Halloween and, as evidenced by the accompanying photos, the ink ran and smeared.

Finally, my daughter dressed in black jeans, black boots, a gray coat, white scarf, gray winter hat and aviator glasses. While she watched It’s the Great Pumpkin, Charlie Brown, I applied two different shades of gray stage makeup to her face. It would have looked more polished had I applied more but I didn’t want to press my luck with my preschooler. Perhaps this costume would impress more with an older child or even an adult as the subject.

Despite the rain ruining the newsprint, my family went to a relatively small, neighborhood Halloween event and my daughter won first prize in the under 5 years-old category. Attendees were impressed, some asked if they could take photos of her costume and I felt sufficiently pleased with the year’s endeavor. Also, I discovered that with a questionably constructed costume, duct tape is a knight in shining armor. 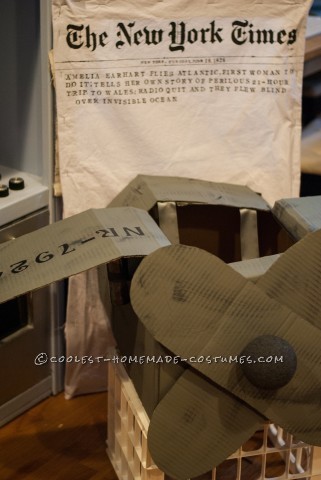 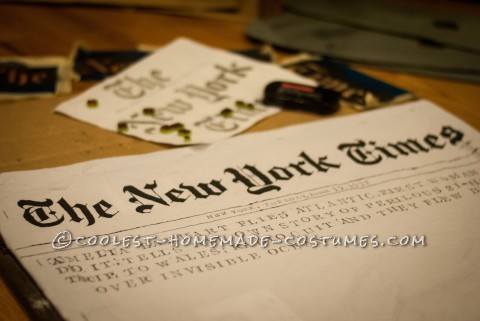 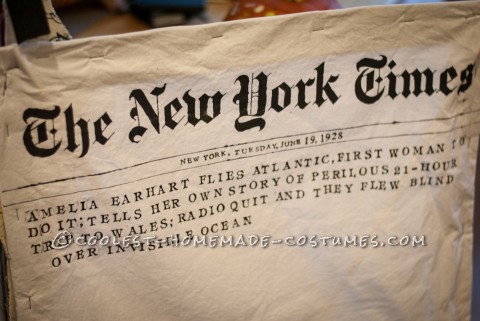 3 thoughts on “DIY Amelia Earhart Costume with a Twist”