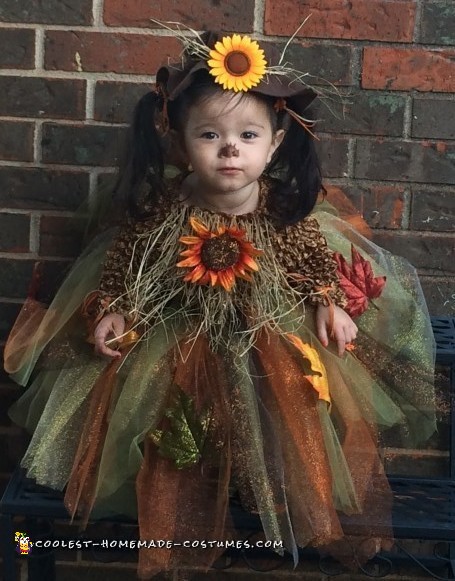 We saw a similar scarecrow costume and thought it was so adorable. So I had to make our own homemade toddler scarecrow costume (It was expensive though). I totally nailed it! Ours turned out way cuter than the one we had based ours on. And It was super easy to make.

The Tulle, felt, fabric glue and fall decorations were all we used In the process. My granddaughter loved it and loved twirling around in it. We got stopped by so many parents asking where we got the toddler scarecrow costume. My son and daughter in law were so excited to tell everyone that I had made it. And I loved all the compliments and the attention it got! I have made several costumes in the past but this one was by far the easiest one I’ve ever had the pleasure of making.

I basically started off with some tulle and elastic. I made a tulle skirt that was the most fluffy and full tulle skirt you’ve ever seen.

I used about 5 or 6 different fall colors, some with glitter, some with just plain colors. I then tied on some fall themed ribbons that had little pumpkins on them.

I then glued several different sizes of colored fall leaves that were also glittery, and some plain ones also to the skirt. Just randomly placing and gluing all the way around the skirt.

I used a stretchable pre-made top and glued grass and sunflowers on it. I used a piece of felt wrapped around a coffee can to make and form the hat. I glued a rubber band around the felt to form the bucket look.

I then glued grass and a big sunflower on the front. I used some of the extra ribbons and made bracelets and hair ties for the pigtails and painted on the super cute nose for the finishing touch. 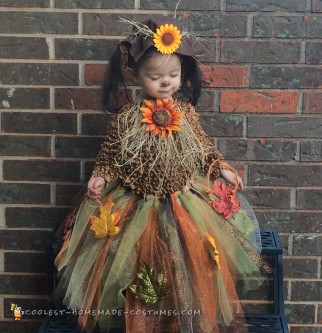 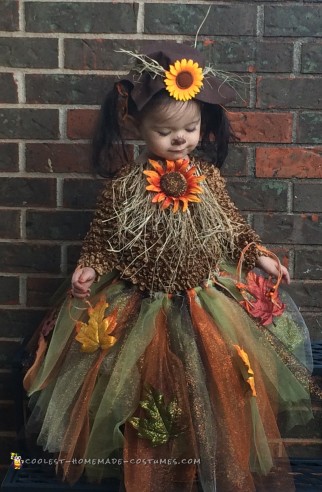 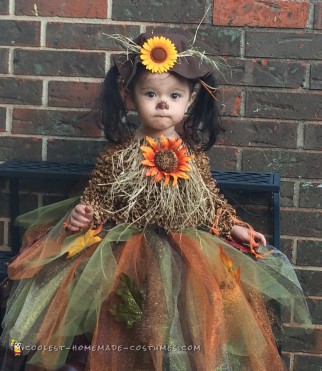 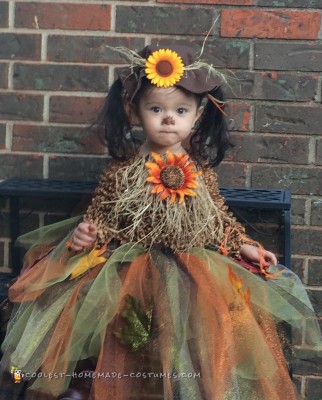 Cutest Scarecrow Costume Ever for a Toddler