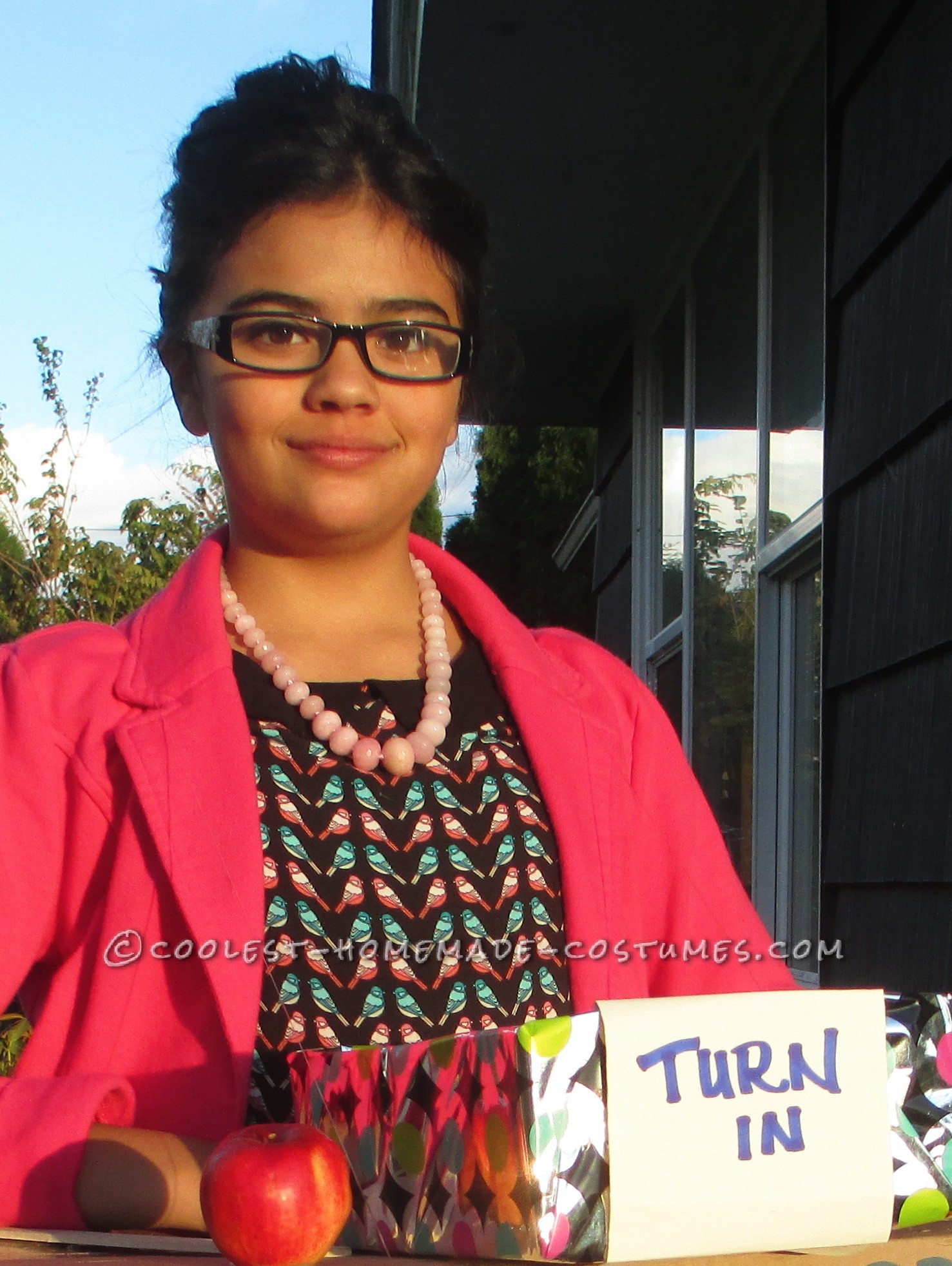 This teacher with her desk costume was a last minute one (made the night before the big day).  My daughter and I had been going around and around since August about what she would be.  The neighbor girl stole her previous idea and I insisted on something clever and not purchased.  She had said she wanted to be a teacher, but I kept asking her how anyone would know what she was or even think she was dressed up.  Then we saw the big box….

We had a great time with this costume.  Everyone knew what she was and that she was dressed up.  I was happy because it took some effort on her part. A success for one and all.

I guess the key would be that the proportion is big enough to look like a desk for your child.  So the child to box/desk ratio needs to be correct.

We were really pressed for time and didn’t have what we would have wanted to use to make a better desk.  I taped the box up with the fancy duct tape to give it some sturdyness.  Then I cut a half circle so that her waist could fit in the desk. I left the side flaps on in the back to cover her bum.

This is the part that I let her do.  She was 10 and good with a glue gun.  She decided on the inbox and covered it with paper and labeled it.  She continued by hot-gluing the other items to the box top; ruler, folder, pencil, tiny hour glass, and the apple. She also put her teacher name on in front.

The outfit came from her closet. The glasses came from Grandma. I put her hair up.

Attaching the Desk to the Kid

We used fishing line so that it wouldn’t show and would keep the desk perpendicular to her .  It was a little uncomfortable for her so I added padding under her outfit and tied the fishing line with a soft ribbon behind her neck.

Then I threaded the fishing line through all the holes in one long line – I doubled mine to be sure it wouldn’t come off.

BUT YOU CAN DO WHATEVER WORKS FOR YOU.