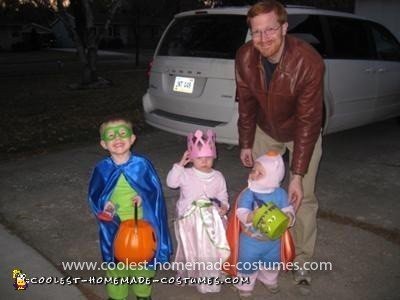 I have three kids 3 and under (#4 is on the way in December). Since they were born I have made their Halloween costumes. I like to make them coordinating. We had Babe Lincoln, then Cookie Monster and Zoe, and last year with three we ended up with Spongebob, Sandy, and Plankton. This year I went with the Super Readers from Super Why.

My eldest son (3) was Super Why. He kind of had two costumes for it. One was a T-shirt with an iron-on logo and a cape from the Role Playing Super Why Kit for his indoor parties. The other costume I made out of fleece for when we went out side to Trick or Treat (upper 40s outside). The costume I made for him was lime green fleece and blue for the underware and guantlets. The cape was made of costume satin and had the logo on the back. He also had a Why Writer Wand and a green mask.

My daughter (2) was Princess Presto. Her costume was from an overly difficult to understand Vogue pattern (UGH!!!). She had a cape and a wand. The dress had three layers in the skirt (satin, sheer, & satin). The top layer of satin was edged with green ribbon. The bodice was satin with a cotton knit lining. It also had a wide green ribbon around the waist and a sparkly pink star in the middle of the waist ribbon.

My youngest son (1) was Alpha Pig. He had a pink hat with ears and an orange construction worker hat. His shirt and pants were both two layers. First layer was the pink pig skin. Second layer was the super hero outfit. The blueish/purple outfit had a hammer, wrench, and saw made of foam sewed onto it. He also had an orange cape with the Super Why logo on the back.

These Homemade Super Why, Princess Presto and Alpha Pig Group Costumes were a hit! 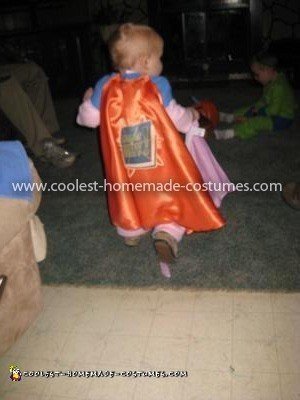 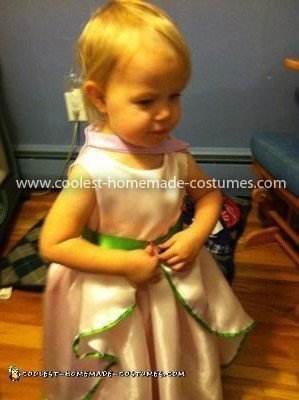 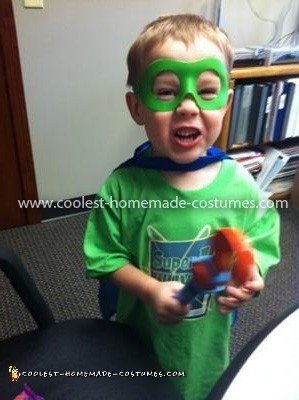